Every Royal Word You Need to Know! (English Vocabulary Lesson) 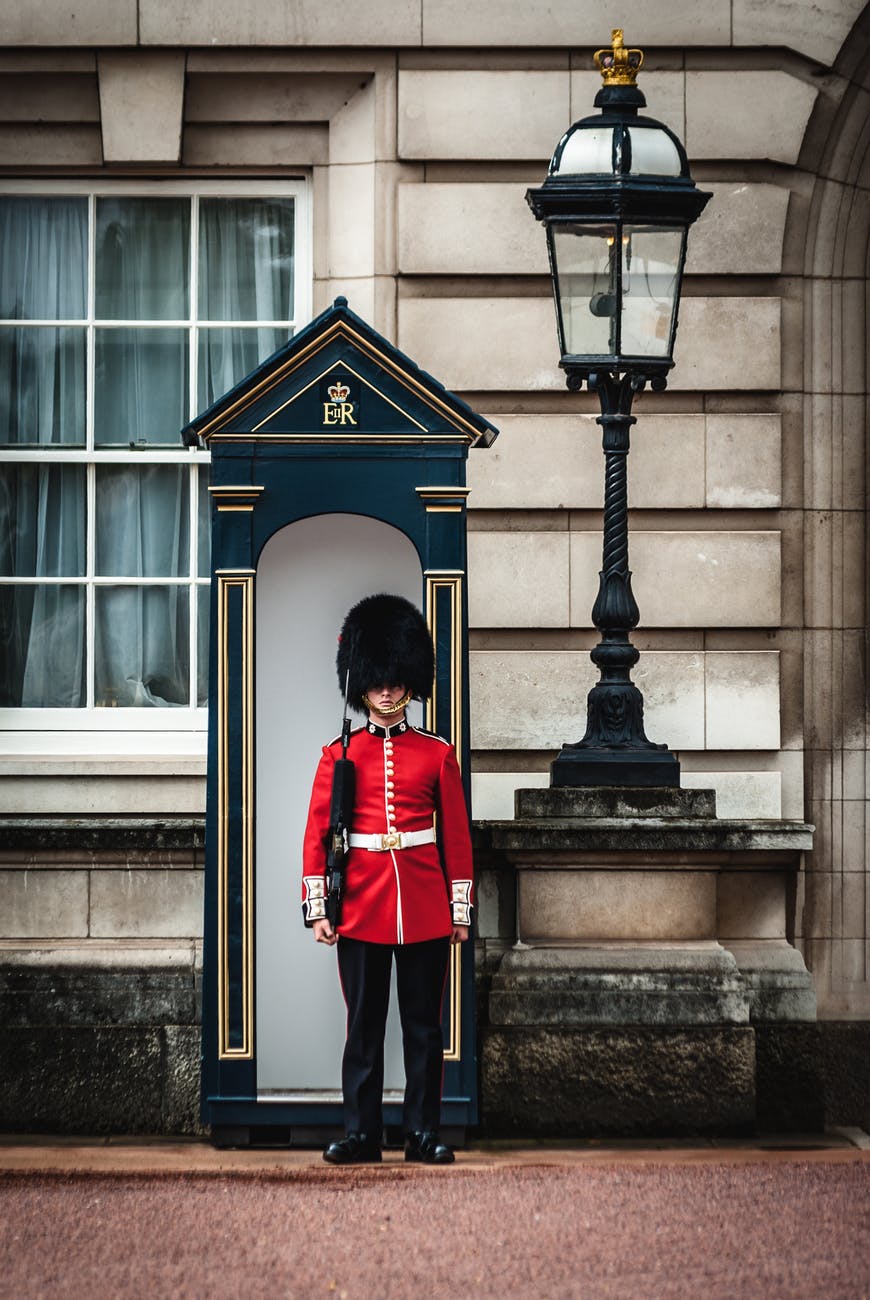 To mark the 70th year of Queen Elizabeth’s reign, the UK is holding a large celebration this week called the platinum jubilee! And this episode of Thinking in English is going to introduce you to every “royal” word you need to know to talk about the Queen, the Monarchy, and the Crown!

153. Should We Pay Reparations for Slavery? (English Vocabulary Lesson)

How to be an ACTIVE English Learner!!

152. Why are the Falkland Islands so Controversial? (English Vocabulary Lesson)

This week the United Kingdom will celebrate Queen Elizabeth’s Platinum Jubilee – the 70th year of her being the country’s monarch. She became Queen on the 6th February 1952, and since then has reigned over the UK and 15 other countries. Although her role is largely ceremonial (meaning she has no real political power), the royal family are still respected and loved by millions of British people… although not by everyone.

For people from outside of the UK the royal family can seem a little strange and confusing. With this year’s platinum jubilee and the continued popularity of the Netflix show The Crown, more and more people are curious about the Queen – I’m sure many of you listening today also would like to understand this part of British culture and history.

One of the biggest obstacles to understanding British royalty is the vocabulary. There are hundreds of words, phrases, sayings, and idioms that are regularly used to describe the Royal Family and things related to the British monarchy. And with around 40 monarchies still existing around the world today, these words can often be used in different situations! So, today I thought that I would introduce a few of the most relevant, interesting, and challenging royal words to you!

A Glossary of Royal Vocabulary!

The Queen is referred to as Her Majesty when talking about her. If you ever meet the Queen, you will be told to greet her as Your Majesty first, and then subsequently as Ma’am (rhymes with ‘jam’). Many UK institutions will include Her Majesty as part of their name: for example the UK tax office is called HMRC (Her Majesty’s Revenue and Customs), the official name of the UK government is Her Majesty’s Government, and the place British people get travel documents is called Her Majesty’s Passport Office.

The Queen is the Monarch of the UK. Monarch is the term used to describe the King or Queen of a monarchy. In other words, a monarch is a person who rules a kingdom or an empire.

What is the difference between a monarchy and other governments? In a monarchy the power of the head of state stays in the same family and is passed down through the generations. Once a person becomes Monarch, they stay Monarch until they die or give up power.

The UK, however, has a Constitutional Monarchy. This means that rather than the Monarchy having complete power, their role is basically ceremonial and real political influence and power comes from the elected government and parliament!

A sovereign is a person with supreme authority, a supreme rule – or in other words, a monarch. You might be familiar with other meanings of sovereign which are connected to power and ability to make decisions (I’ve mentioned a few in previous episodes) – so as a noun sovereign can refer to the highest leader of a country.

Additional terms can also be applied to the Queen or King to give a clearer indication of their power or status. Two similar terms with very different meanings are regnant and regent.

Queen Elizabeth II is currently the queen regnant. It means that she is the ruling and reigning monarch of a country. Importantly, she has this power to herself. Sometimes the wife of a king can also take the title “queen” – but in this case she would be called the queen consort. However, as Queen Elizabeth is the monarch herself, she is the Queen regnant.

What is a queen regent, then? It sounds similar but is a quite different role. If the reigning monarch is unable to do their job and duties as king or queen (perhaps they are sick, missing, very young, fighting in a war), one of their relatives will often take over their duties and responsibilities. They are not the real King or Queen, but are described as the King or Queen regent.

In British history, regents have been quite rare, but there are a few famous examples. When King George III fell ill in the early 19th century, his son George IV took over as Prince Regent. This period is relatively famous – described as the regency era and London is full of regency architecture (and maybe you have visited Regent’s park in London?).

When King George III finally passed away, his son George IV became the official king. Succession is the process of automatically replacing a monarch with their heir when they die or resign. In monarchies this tends to be simple, so long as the monarch has children.

There is actually a formal list describing the order of succession. The order of succession is basically ranked on eligibility to become monarch, and is based on the idea that first-born children will always be next in line to the throne. This wasn’t always the case in the UK (boys were given preference to girls) but a recent law change means that from now on it will always be the first born child regardless of their gender.

While succession is the automatic replacement of monarchs, accession refers to the legal process of a new king or queen taking the throne. You succeed a person (so the previous king or queen), and you accede to the throne. Queen Elizabeth acceded to the throne 70 years ago.

You might have noticed that the title of monarch is always passed down through families. There is a word for this: hereditary. The British monarch is hereditary – it is based on inheritance through the same family, and not elected, chosen, or appointed. And because it is hereditary, it means that it is impossible for a normal citizen to become the monarch!

An interesting fact about Queen Elizabeth that you might not know (unless you watch the Crown on Netflix) is that her father was not supposed to be King. Her uncle Edward VIII became King in January 1936. However, after falling in love with a twice divorced American woman Edward VIII abdicated his throne. Edward’s brother George VI, Elizabeth’s father, then became King.

To abdicate is the word used when a King or Queen quits. There have been a few abdications in British history – James II abdicated in 1689 although it wasn’t really his choice, and Richard II abdicated in 1399 when his cousin took over. In other monarchies abdications are much more common! In Spain, Cambodia, the Netherlands, and Japan monarchs regularly abdicate due to old age!

When Edward VIII wanted to marry the American woman Wallis Simpson, it was a problem because she had already been married twice. However, royals can marry commoners. A commoner, in the world of royalty, is basically someone without a title. The Royal family and other noble families would be given titles like Prince, Duke, Earl, Baron, or Viscount. If you don’t have one of these titles you are considered a commoner.

Prince William’s wife, the Duchess of Cambridge, was a commoner when she married into the Royal family. So was Prince Charles’ current wife Camilla.

The final two words I’ll introduce today refer to whether a person supports or is against the monarchy. A monarchist is someone who supports the system of having a king or queen. Sometimes in the UK these people are called royalists as well. Older people in the UK tend to be the most monarchist group, while younger people tend to support an elected head of state.

If you want to get rid of the monarchy and replace it with a President or nothing at all, we describe you as a republican. Now it is important to not get confused with the American political party. In the UK, being a republican means you want the UK to be a republic – a country without a monarchy!

At the moment, support for the monarchy in the UK is relatively high – especially because the queen is a very popular person. However, in the future Charles will accede to the throne and it is likely the royal family will lose some of its popularity.

Hopefully now you have learned enough royal related words to fully understand this week’s platinum jubilee in the UK! The royal family is a strange and confusing group of people with a unique language and vocabulary. But by studying and using some of the words I introduced today, you can start to understand the world of royalty!

Do you know any other royal words? How about your country? Do you live in a monarchy? Do you think Britain should stay as a monarchy?

2 thoughts on “Every Royal Word You Need to Know! (English Vocabulary Lesson)”

2 thoughts on “Every Royal Word You Need to Know! (English Vocabulary Lesson)”