64. Daylight Savings Time!: Why do we change our time in the summer? (English Vocabulary Lesson) 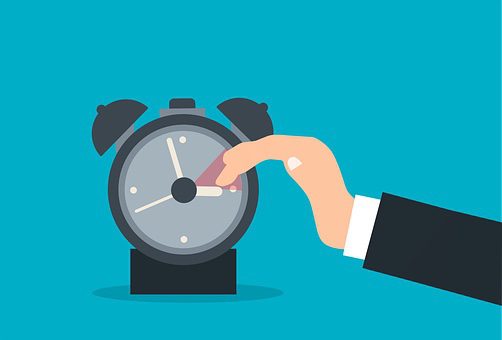 On the final Sunday of March, the UK and many other European countries adjust their time forward by one hour. This is known as Daylight Savings Time, or Summer time, and is designed to give people more hours of sunlight during the summer months. In this episode of Thinking in English we will look at the history and rationale for DST, before discussing whether or not we really need it in 2021!

To skip (v) – to leave one thing or place, especially quickly, in order to go to another

This part of the book isn’t very interesting, so I’m going to skip it

To switch (v) – to change suddenly or completely, especially from one thing to another, or to exchange by replacing one person or thing with another

She started studying English, but switched to History in her second year

Indonesia lies on the equator

Industrialised (adj) – Used to describe a country, economy, area, etc. that has many businesses and factories involved in producing goods

Even in the industrialised world illiteracy is a problem

Agricultural (adj) – used for farming or relating to farming

The country’s economy is mainly agricultural

Consistent (adj) – always behaving or happening in a similar way

Her work is sometimes good, but the problem is she’s not consistent

To adjust (v) – to change something slightly, especially to make it more correct, effective or suitable

I don’t understand the rationale for these restrictions

Deprived (adj) – not having the things that are necessary for a pleasant life, such as enough money, food, or good living conditions

As i work at night, I am often sleep deprived

Last weekend was the last Sunday of March, and as I woke up something felt a little different. I felt unusually tired and struggled to get out of bed. Although my phone alarm has gone off at the same time every weekend for almost a year, I was sure it was earlier than usual. Maybe I made a mistake and set an extra alarm?  I checked my smartphone and it said 7am, the same time I wake up every Sunday. However, I noticed my wristwatch had a different time. 6am. A whole hour earlier than my phone. The clock in my room was also an hour different. Then I remembered, this was the first day of British Summer Time, also known as Daylight Savings Time (DST).

At 1am on the last Sunday of March every year, the UK advances all of the country’s clocks forward by one hour. Which means that we lost a whole hour – we skipped 1am and went straight to 2am. The last Sunday of March only has 23 hours in the UK! This explains why I was so tired last Sunday – I had slept for an hour less than usual. It’s not just the UK that does this, but a lot of other European and North American countries do too. Most of Europe moves their clocks forward at the same time, while the USA already switched to their summer hours at the beginning of March. The clocks will stay advanced by one hour until Autumn, when they will return to their normal times. Although it can be a little confusing when you forget, British people generally don’t struggle with the change. However, seeing as the majority of Asia and Africa, as well as countries close to the equator, do not have a version of DST and keep the same time all year round, many of you will not know much about the change!

Why do many countries change their time in the summer months? How did it start? The basic idea for DST is that by moving clocks forward by one hour, it gives people an extra hour of sunlight in the summer months. Industrialised societies like those in Europe and North America almost always use a clock based schedule to organize activities that don’t change throughout the year. School might start at 8am, you’ll work 9-5, join a yoga class at 7pm, and this will remain consistent all year round. Compare this with an agricultural society, where work and daily schedules are based on the length of daylight hours, not on clock based time. And in many parts of the world the amount of sunlight hours changes depending on season. The further away from the equator the more extreme these changes become. The extreme north of places like Iceland, Alaska, and Russia may have never ending daylight or night time for periods of the year.

As in industrial societies our schedule is based on clock hours, not actual daylight, it means that we actually waste some daylight while we are asleep. By resetting all clocks in a region to one hour ahead of standard time, people who follow a consistent clock based year-round schedule will wake an hour earlier than they would have otherwise; they will begin and complete daily work routines an hour earlier, and they will have available to them an extra hour of daylight after their workday activities. There will be one less hour of sunlight in the morning, however, which doesn’t matter in summer but is not desirable in winter. Therefore, we only move clocks forward during the brighter summer months! Changing times also helps to save fuel as there is less need for lighting and heating during daylight hours. In places far north or far south, the changes in daylight hours throughout the year is so extreme that adjusting the clocks doesn’t really help, while places close to the equator have very consistent daylight hours year round meaning DST is unnecessary!

The first modern person to propose a version of Daylight Savings Hours was a New Zealand scientist called George Hudson in the late 19th century. He worked an early shift, and realised how people would be able to enjoy more sunlight if they started work earlier like he did. William Willet, an English builder, realised a similar thing a few years later when he realised most people slept through two or three hours of sunlight during the British summer.

The first countries to adopt DST nationally were members of the German Austria-Hungarian empires on April 30, 1916, as a way to conserve coal during wartime. Britain, most of its allies, and many other European nations soon followed. Russia and a few other countries waited until the next year, and the United States adopted daylight saving in 1918. Most places abandoned changing clocks in the years after the war ended in 1918, with exceptions including Canada, the UK, France, Ireland, and the United States. It became common during World War II, and was widely used throughout America and Europe from the 1970s as a result of the 1970s energy crisis. Since then, the world has seen many changes, but a number of countries still use the system! Approximately 1.5 billion people in 70 countries observe DST worldwide.

Now, I’ve introduced the rationale and history behind DST, let’s discuss if we actually need it. Many countries don’t use the system, and in the country’s that do there are arguments against changing the clocks twice a year. As I introduce both sides of the debate, I want you to consider my words and make your own decision whether it is necessary or not. I want you to Think in English!

Should we keep Daylight Savings Time?

Supporters of DST argue that longer daylight hours promote safety. Longer daylight hours make driving safer, lowers car accident rates, and lowers the risk of people being hit by a car.  There are fewer thefts and burglaries in daylight. Daylight in the evening makes it safer for joggers, dog walkers, and children playing outside, among others, because drivers are able to see people more easily and criminal activity is lowered.

It might also help the economy. Extra daylight means more people can go shopping after work, increasing sales. In outdoor industries, like golf or national parks, customers have an extra hour to enjoy the daylight outside. In addition in 2007, an estimated $59 million was saved because fewer robberies were committed thanks to the sun being up late. Furthermore, longer daylight hours encourage people to be more active and spend more time outside after work. It is far more tempting to exercise or visit places while there is still light in the sky.

On the other hand, some people are against DST. One argument is that it is bad for our health. Changing sleep patterns, even by one hour, goes against a person’s natural sleep cycle and may have negative consequences for health. There have been studies showing more heart attacks, headaches, and serious accidents in the days after the clocks change! Moreover, some people call the Monday after the change to summer time “Sleepy Monday,” because it is one of the most sleep-deprived days of the year. We are generally less productive and our quality of work goes down when we are sleep deprived!

Finally, they argue that DST is expensive. Millions of people spend time changing their clocks and watches, and that time could be spent doing something else. For someone like me, who works everyday with people living in countries without DST, it can cause scheduling problems and takes time to resolve. For example, over the winter months I have worked the same hours everyday and managed to build up regular clients during this time period. However, as the clock changed I had to adjust my schedule to match the countries that don’t use DST. The Air Transport Association estimated that DST cost the airline industry $147 million dollars in 2007 thanks to confused time schedules with countries who do not participate in the time change. According to the Lost-Hour Economic Index, moving the clocks forward has a total cost to the US economy of $434 million nationally, factoring in health issues, decreased productivity, and workplace injuries.

In this episode of Thinking in English I have introduced Daylight Savings Time and some of the positive and negative arguments surrounding the time changes! Do you think countries should keep changing their clocks during the summer? What does your country do? Do you feel any effect when you change your sleep schedule?