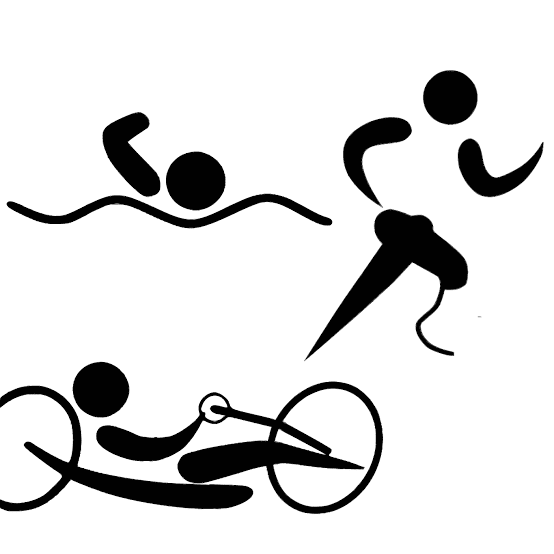 On Tuesday 24th of August, the opening ceremony of the Tokyo 2020 Paralympic Games will be held! Although the Paralympics tend to attract less attention than their more famous counterparts, the Olympic Games, they are an excellent showcase of incredible athletes with amazing stories. This episode of Thinking in English will introduce what the Paralympics are, some of the history behind the competition, and end by discussing the potential legacy of Tokyo 2020!

88. Why are the Tokyo 2020 Olympics so controversial? (English Vocabulary Lesson)

As he is an amputee, he uses a special blade to help him run

Many amputees in the early stages of their rehabilitation feel despair

I was impressed by the ingenuity of the contestants

Our aim is to create a fairer, more inclusive society

One of my clearest memories of the London 2012 games was watching 19 year old Jonnie Peacock stand in the middle of a packed Olympic stadium, with nearly 80,000 fans screaming his name, and then racing home to victory in the 100m race! London 2012 Chairman Seb Coe said: “Even the great Usain Bolt doesn’t get his name chanted in the way Jonnie Peacock did. It was spine-tingling stuff.” If you don’t remember this race happening at the Olympics, that is because it didn’t. Jonnie Peacock won the T44 100m becoming one of the fastest leg amputee athletes ever, in a stadium with an incredible atmosphere.

The Tokyo 2020 Paralympic games will start this week. The opening ceremony will take place on Tuesday 24th August and the closing ceremony will end the games on September 5th. Although the lack of crowds and the ongoing pandemic will make the games a very different experience to London 2012, or even 5 years ago in Rio, the recent Olympics has shown that there can still be some excellent and exciting sporting events. I actually recorded a podcast at the beginning of the Olympics looking at the history and controversy surrounding the event – check it out if you haven’t already! The rest of this episode will look at the history of the Paralympics, what the Tokyo Paralympics has in store, and some other interesting information!

So, what are the Paralympics? In the simplest terms, the Paralympic games are the largest major international sports for athletes with disabilities. They share many similar features with the Olympic Games: they are split into Summer and Winter versions alternating every two years; they include many similar events, although with some modification to help disabled athletes compete; and over the last 20 years or so have taken place in the same city as the Olympics, shortly after they finish! I’ve mentioned athletes with disabilities a few times already – the Paralympics categorises competitors into six different disability groups: amputee, cerebral palsy, visual impairment, spinal cord injuries, intellectual disability, and “les autres” (athletes whose disability does not fit into one of the other categories, including dwarfism). I’m not going to explain each of these disabilities in this episode, but I encourage you all to search yourself what they mean! Within these six groups, athletes are further categorised into more specific classes based on the type and extent of their disabilities!

While the Olympic games trace their origin back to ancient Greece, the Paralympics have a much more modern origin. Sport for athletes with various impairments has existed for over 100 years, but it was after World War II that the Paralympic Games were formed. The English town of Stoke Mandeville is often credited with being the birthplace of the Paralympic movement. Stoke Mandeville Hospital was opened in 1944 by Sir Ludwig Guttmann, with the support of the British government, as a spinal injuries centre. It grew into a rehabilitation centre hosting many soldiers and service people injured while fighting in World War II.

Dr Guttmann began using sport, and eventually competitive sport, as a way of treating and motivating his patients. On the day the London 1948 Olympic Games opening ceremony took place, he organised the world’s first competitive games for athletes with disabilities, with 16 injured servicemen taking part in an archery competition. This was the first step of the Paralympic movement. 4 year later, in 1952, the Netherlands sent competitors to compete against the British team and the disability sport became an international competition for the first time!

Of course, the Paralympics today looks very different to the first games back in Rome. Like I said, the Paralympics in 1960 hosted 400 athletes from 23 countries participating in eight sports. London 2012 had more than 4,200 representing 164 countries and participating in 20 sports. Tokyo will actually become the first city to host the Paralympics twice. The Tokyo 1964 Paralympic Games featured 378 athletes from 21 countries, competing in nine sports. It is anticipated 4,350 athletes will be represented at Tokyo 2020, with 22 sports featured. Taekwondo and badminton have been included into the games for the first time!

I always enjoy watching the Paralympics – sometimes more than the Olympic games. As well as watching entertaining and high level competitive sport, you can also see the incredible talent and ingenuity of athletes who have to think of creative solutions to manage their disabilities while they compete. I always remember seeing an archer using his feet to fire an arrow! I recommend watching wheelchair rugby (it can be brutal but highly entertaining)!

In the aftermath of both the Olympics and Paralympics, there are always discussions about the long term impact and legacy of the events. For example, London 2012 has been heralded as a success because (for the first time ever) the British Olympic and Paralympic teams performed better 4 years later during the Rio games. The funding had not just created talented athletes for one competition, but the impact is still being felt now! But success on the field is just one aspect of judging the legacy of the Paralympics. London 2012 saw the names and images of athletes Ellie Simmonds and Jonnie Peacock on billboards, on buses and in schools across the UK. Since the London games, there are significantly more disabled athletes on TV. Moreover, the Last Leg, a show hosted by two comedians with amputations which started as a short term Paralympic chat show, has become one of the most successful shows in the UK. The representation of disability sport through Paralympic broadcasting and wider media coverage seems to have improved significantly, and negative perceptions are being broken down every day. But have positive perceptions filtered down to communities? Is Paralympic funding fair? Has anything really changed for non-elite disabled athletes? These questions are still up for debate.

So how about the legacy of the Tokyo 2020 Paralympic Games? Japan is sending the most athletes in its history to the games, and is aiming to build a more inclusive society as part of the legacy. According to a spokeswoman, “The Paralympics won’t succeed if we can’t feel that (people with disabilities) can go out more comfortably and that people around them can change their way of thinking because of the Paralympics.” If anyone has spent any time in Japan before, you will probably realize that it is not the easiest country for disabled people to live in. There are many shops, buildings, and apartments not easy to access for people in wheelchairs. According to Japanese team official Miki Matheson, who now lives in Canada, life in Japan and North America for disabled people is very different. “I’m often treated as a disabled person when I’m back in Japan,” said Matheson, who uses a wheelchair. “In Canada, I live without noticing my disability at all.” She said there is also a lack of opportunities for disabled and non-disabled people to work, study, and live together, which makes people treat disabled people differently. It is hoped that a successful Olympics may help to make Japan a more inclusive and welcoming society for people with disabilities!

This episode of Thinking in English has looked at the history of the Paralympic Games, discussed what Tokyo 2020 will look like, and briefly touched upon the potential legacy! I really recommend you all to watch some of the events. As I mentioned right at the beginning of this episode, one of my best memories of London 2012 is actually from the Paralympics. Rather than pity or patronize people with disabilities, the Paralympics are an opportunity for all of us to admire the strength, talent, and ingenuity of athletes from across the world. Are you excited to watch the games? What events are you planning to watch? Do you think the games will be successful?