97. What is Dark Tourism: Why do people want to visit dangerous and terrifying places? (English Vocabulary Lesson) 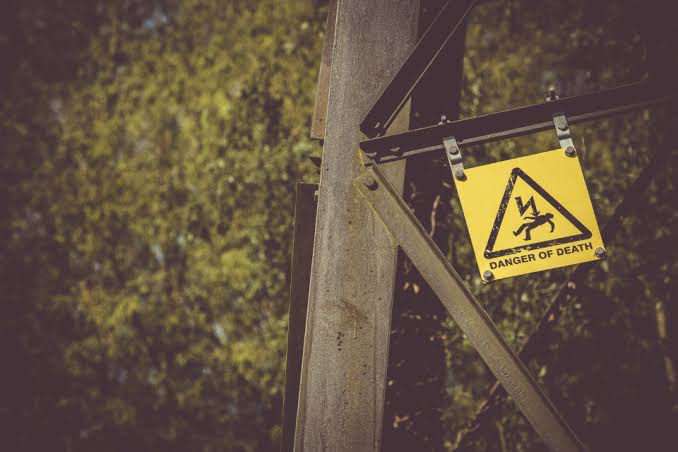 Although most people like to spend their vacations visiting historical sites or sunbathing on the beach, some people choose to visit dangerous and terrifying places! Would you travel to a war zone, a country that arrests visitors, or a place with a high crime rate? Let’s talk about it on this episode of Thinking in English!

92. What is happening in Afghanistan? (English Vocabulary Lesson)

94. The Fall of Afghanistan: What is happening in Afghanistan – Part 2 (English Vocabulary Lesson)

Evacuee (n) – someone who is evacuated from a dangerous place, especially during a war

Thousands of evacuees crossed the border to safety

Naively (adv) – in a way that shows you are willing to believe that life is pleasant and fair (even if it is not!)

Naively, i turned up to the event without a ticket, thinking it would be easy to get in

She was taken hostage by the gunmen

Infamous (adj) – famous for something bad

This town is infamous for a being home to a murderer

Catch-all (adj) – general and intended to include everything

She has a pretty macabre sense of humour

He risked losing his house when his company went bankrupt

Abduction (n) – the act of taking a person away by force

The abduction took place in front of several helpless witnesses

The news cycle for the last two weeks has been dominated by the tragic events of Afghanistan and Western countries’ attempts to evacuate their citizens and refugees. I’ve already recorded two episodes on this, which you can check out by looking on my blog or in the description of the podcast, but today’s episode is a little different. Amongst the thousands of stories being told about Afghanistan, one stood out to me in particular.

Miles Routledge, a 21 year old University student from the UK was evacuated from Afghanistan along with thousands of others. Unlike most of the other evacuees, Miles was not a diplomat, security contractor, charity worker, or dual citizen. Instead, he was a tourist! While most people choose to vacation by the beach or go sightseeing in developed cities, he chose to visit Afghanistan because he enjoys “dark” and “extreme” tourism. In fact, he chose to visit Kabul after searching online for “the most dangerous cities to visit.” This is the opposite of most people! Although it was clear the Taliban was growing stronger and the USA had already announced its intention to leave the country, he still naively travelled to one of the most dangerous places on the planet.

The UK government actually strongly advises against travelling to most parts of Afghanistan, saying that “there is a high threat from terrorism and specific methods of attack are evolving and increasing in sophistication”. Moreover, the US State Department warns that there is a risk of “kidnapping, hostage taking, military combat operations, landmines, banditry, armed rivalry between political and tribal groups, militant attacks, direct and indirect fire, suicide bombings, and insurgent attacks, including attacks using vehicle-borne or other improvised explosive devices”.

He is not the first or only tourist to choose international danger zones as their travel destination, and then find themselves in serious problems. Another British citizen, YouTube vlogger Jolie King, was arrested in Iran in 2019 for flying a drone in the capital Tehran. She was kept in an infamous prison where prisoners are said to be abused, electrocuted, and beaten. In 2010, another British tourist called Andrew Barber was accused of “spying” by Iran and spent 58 days in that Prison. What did he do wrong? Well, he took a picture of a sunrise close to a power plant and had previously worked in Iraq, a regional rival of Iran.

Why do people choose to travel to such dangerous places? This kind of tourism can be called “dark” tourism, or more specifically “danger” tourism! According to the UN World Tourism Organisation (UNWTO), the number of people traveling abroad doubled between 1999 and 2016. Although most people choose a more traditional or typical location for a vacation, this doesn’t appeal to everyone. ‘Dark’ tourism is a catch-all term that includes sites of major atrocities such as Auschwitz or Cambodia’s killing fields; nuclear disaster zones such as Chernobyl in Ukraine and the Fukushima Dai-ichi power plant in Japan; and other strange locations like the house where O.J. Simpson’s ex-wife was killed in the USA. In general, dark tourism is considered to be travel to places that are in some way connected to death or disaster. YouTube is full of videos of tourists traveling to such places and cheap flights make it easy for people to actually visit.

Now, it is important to realise that we are all ‘dark’ tourists, to some extent at least. Human’s are always interested in the macabre.  The Berlin Wall in Germany, the 9/11 Memorial in New York, the catacombs of Paris, or the Peace Park in Hiroshima Japan are all examples of potential places associated with dark tourism. However, ‘Dark’ tourism includes a vast range of different types of places: some directly connected to death like the Mausoleum of Lenin in Moscow where you can actually see his preserved body, or some more indirect like tours of volcanoes. In fact, it might be easier to define ‘dark’ tourism by saying what it is not. Mainstream tourist activities like sunbathing, sports activities, and most museums and art galleries are not included (unless, of course, they include some kind of dark element).

At the more extreme end of dark tourism, we have what is called ‘danger’ tourism. Unlike normal ‘dark tourism’ where people choose to visit places connected to danger, but are not actually risking themselves (like visiting the ruins of Pompey in Italy), ‘danger’ tourists actively choose to risk their lives, their health, and their freedom for their own enjoyment. Places like the Road of Death (real name North Yungas Road) in Bolivia or Mount Hua in China are incredibly dangerous but still attract numerous travellers who want the experience. Swimming with sharks, running with bulls, skiing down active volcanoes; the way people have fun and enjoy themselves is changing.

Now, what we are talking about with Miles Routledge is the most extreme form of ‘danger’ tourism; traveling into an active war zone. Similar are people who travel to places known for a high risk of abductions of foreigners (like Afghanistan), areas with other terrifyingly high crime risks (parts of Brazil’s big cities or certain parts of Africa), or countries known to target and arrest foreign visitors (such as North Korea and Iran)! Many enthusiasts of ‘dark’ tourism believe there is an important distinction between ‘dark’ tourist activities (like visiting Auschwitz) and ‘danger’ tourism (like visiting Kabul this month). “Danger” tourism made headlines around the world in 2016 when US tourist Otto Warmbier was jailed in North Korea for stealing a propaganda poster. He was eventually released by the country after suffering a “severe neurological injury” while in prison, and passed away in 2017 due to his injuries.

Why do people want to travel to clearly dangerous places? There are a few reasons, and everyone is different. Some people want to visit a society completely opposite to the one they live in – like North Korea’s totalitarian state. People are attracted by places described as mysterious, hostile, forbidden and even dangerous. Other people are driven to travel to dangerous locations for education or learning. I know a few people who have travelled to North Korea in the past, and almost all of them were motivated by the fact we don’t know much about the country in the West.

This episode has tried to introduce the concepts of ‘dark’ and ‘danger’ tourism. While most of us choose to spend our vacation in safe places and go sightseeing in established locations, some people are different. Some people actively seek out dangerous locations that most of us would choose to avoid if possible. I think it is important to distinguish between ‘dark’ and ‘danger’ tourism. While ‘dark’ tourists are interested in places connected to death or danger, ‘danger’ tourists choose to risk their safety and even their lives.

Have you ever travelled to a dangerous place? Would you like to visit somewhere like Afghanistan or North Korea? I’m aware that I have listeners from all over the world, including quite a few people from Iran. I’ve mentioned Iran a few times as a dangerous place for tourists, but is this true? Do you think it is wrong to describe an entire country as dangerous? What do you think?