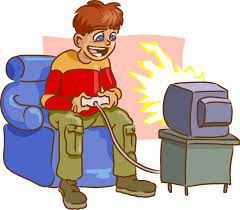 China recently announced the world’s strictest limitations on children’s ability to play video games. On this episode of Thinking in English, let’s look at what these new restrictions are, investigate why they have been introduced, and examine some of the potential consequences!

Inspection (n) – the act of looking at something carefully, or an official visit to check that everything is correct and legal

Culmination (n) – the point at which an event or series of events ends, having developed until it reaches this point

Excessive (adj) – too much

Monopolistic (adj) – having or trying to have complete control of something, especially an area of business, so that others have no share

The company is accused of monopolistic behaviour

It’s a good film, but there’s a lot of blood and gore in it

Billionaires have been using tax loopholes to save money

Are you sure that I can follow this diet without detriment to my health?

Earlier this week, China announced that it was imposing the world’s strictest rules and limits on video games. Children and teenagers under the age of 18 will be allowed to play for just one hour on Fridays, weekends and holidays. Moreover, according to the National Press and Publication Administration, game-playing would be only allowed between 8pm to 9pm. Alongside these new restrictions, the government is instructing gaming companies to prevent children from playing games at any other time and is increasing the number of inspections on game companies to make sure the rules are being enforced. These rules are designed, in the words of the government, to “effectively protect the physical and mental health of minors”

China has been cracking down on online gaming over the last few months. Currently, China’s video game industry is the largest in the world with annual sales of $46bn and around two-thirds of Chinese children are thought to play online games regularly. Online games have been described as “spiritual opium” by the country’s national media, and rules from 2019 had previously limited children’s online game-playing to 90 minutes per day, rising to three hours on holidays. In July, the company Tencent introduced facial recognition technology to prevent children from playing games between 22:00 and 8:00. The even stricter rules recently announced are the culmination of concerns regarding the impact of excessive gaming on youth and teenagers. In fact, a recent article published by the government sponsored Economic Information Daily argued that many Chinese young people had become addicted to online gaming and it was having a serious and negative impact on them. This article caused the share prices of many of China’s biggest gaming companies to fall dramatically!

After years of capitalist business expansion, the Chinese authorities have started to go after some of the nation’s largest technology firms. These firms have been accused of abusing their monopolistic power and misusing data. Furthermore, after school tutoring businesses have been banned and billionaires are being pushed to have more social responsibility. Video games have been a concern in the country for over a decade. Themes such as politics and gore are regularly censored by officials, forcing foreign game companies to edit or change their games if they want to sell in China.

Although China has had rules limiting children’s gaming time since 2019, those rules had a number of loopholes. Despite the country’s “anti-addiction system” requiring people playing games to use their real names and their government ID number to play online, children and teenagers could use adult identities or visit internet cafes that did not follow the law. This is why tougher legislation has been introduced asking companies to do more to prevent children from accessing loopholes and bypassing the restrictions.

What will be the consequences of the new rules? So far, the short term impact doesn’t seem too serious. China’s two major gaming companies, Tencent and NetEase, suffered a slight drop in share price. In reality, children are not that important to the profits of major Chinese companies. Although there are around 110 million gamer children in China, they do not have money to spend on new characters and items in games. Tencent have announced previously that only 2.6% of their gaming revenue comes from players under the age of 16. So, in the short term, the impact on businesses may not be too great.

However, the long term consequences could be much more serious. Although children may not spend much money at the moment, they are definitely future customers. If the restrictions are effective, Chinese gaming giants could see their new customers run out. And it is not just Chinese companies that are at risk! Western games such as Roblox which are aimed explicitly at younger players have launched in China. Without children being able to play, these companies will struggle to be successful.

Furthermore, there are still questions surrounding what China is going to do next. What is the next target of their restrictions, and how far are these restrictions going to go? It is clearly restricting people’s rights and invading their private lives. China has a “grey market” for foreign games. The “grey market” is the name for the sale of items unofficially and in a way that the original maker of the items doesn’t want.  The “grey market” in China connects Chinese gamers with foreign games usually unavailable. For example, “PlayerUnknown’s Battlegrounds”, an online shooter, is thought to have sold around 20m copies in China despite lacking official approval. And around 50m Chinese gamers are believed to use Steam, an online shop for PC games run by an American firm, that for some reason has not been blocked by the government’s internet providers. Earlier this year, Apple already removed tens of thousands unlicensed games from the Chinese version of its app store. It is possible that in the future this grey market could be completely shut down.

Are video games actually dangerous to children? Well there is evidence that playing games has benefits and potential dangers. Video games can improve children’s learning, health, and social skills, but there’s also research that implies video games could lead to disrupted sleep, media addiction, and violent behaviour. In China, the big concern is that children are becoming addicted to gaming which is to the detriment of their academic and social lives. What young people see as an enjoyable hobby can negatively affect school work and social interactions. In many ways it is similar to a gambling addiction. In America, there has been a long debate on whether games are linked to violence, but research has never discovered a firm link between violence in games and violence in real life. On the other hand, video games are apparently good for helping children develop problem-solving skills and improving the way people think.

On this episode of Thinking in English, I have talked about China’s new restrictions on video games. They are by far the strictest limitations and regulations in the world! Do you think China’s new rules are a good or bad thing? Do you think rules like this are unfair? Should governments be able to interfere in individuals’ ability to play games? Are video games bad for children? How long should children be allowed to play games for? What do you think?