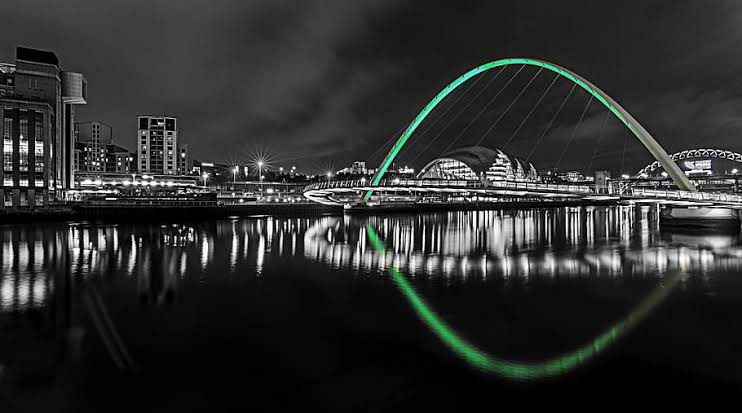 At the beginning of October, English football club Newcastle United were taken over by a Saudi Arabian supported investment fund, and over night became one of the world’s richest sport teams. But why do authoritarian governments like to buy football clubs? Let’s discuss this, and learn some new vocabulary, on today’s episode of Thinking in English!

85. Football English: All the Vocabulary You Need to Watch the UEFA European Football Championship in English! (English Vocabulary Lesson)

Dispute (n) – an argument or disagreement, especially an official one

India and Pakistan nearly went to war over a border dispute

Rumoured (adj) – used to describe an unofficial, interesting story or piece of news that might be true or invented, and that is communicated quickly from person to person

A company’s assets can consist of cash, investments, specialist knowledge, or copyright material

Farmers are increasingly diversifying into other activities to supplement their incomes

Piracy (n) – the act of illegally copying a computer program, music, a film etc, and selling it

Distract (v) – to make someone stop giving their attention to something

Stop distracting your sister from her studies!

That country has struggled economically under an authoritarian leader

Before I get into the real content of this episode, I just want to take a moment to reassure any of you listening who are not interested in football or sports in general. Although I will definitely talk about some footballing details during the episode, the reason I chose this topic is because it is connected to politics, human rights, international arguments, and global economics! So, hopefully this episode will be interesting to both people who love sport and people who are more interested in current affairs or deeper issues.

If you are a fan of English football (or soccer if you prefer American English), you are probably aware of the recent Newcastle United takeover. Newcastle United are one of the most famous and well supported professional football teams in the UK. Located in the Northeast of England, they are famous for their passionate fans and for producing some of the best footballing talents over the years. More recently, they have also been known for disputes between the team’s ownership, on the one hand, and the players, supporters, and management on the other!

Until October, the team were owned by British billionaire businessman Mike Ashley for 14 years. His ownership has been described by fans as “the worst period in the club’s history for sustained unhappiness and lack of success.” Team managers were sacked in unfair circumstances, players sold or signed against the coaches wishes, and Newcastle often struggled to remain in the top tier of English football: the English Premier League. Although Mike Ashley did clear the club’s debt, he was incredibly unpopular with the fans of Newcastle and for the last few years has been actively trying to sell the club. He first tried to sell the club in September 2008 during protests over the resignation of popular manager Kevin Keegan, and then he once again put the club up for sale in 2017.

At the beginning of October, it was finally announced that Mike Ashley’s unhappy ownership spell was over. A Saudi Arabian supported group, know as the Public Investment Fund (or PIF), has completed a £305 million takeover of the club. This deal has been rumoured for a few years but was delayed due to concerns over the influence of the Saudi Arabian government in the running of the PIF.  However, after a committee decided that the PIF are separate from the Saudi Arabian state, they were allowed to complete their purchase of 80% of the team. This is despite Mohammed bin Salma, the Crown Prince of Saudi Arabia, being listed as the chairman of the PIF!

The takeover makes Newcastle one of the world’s richest clubs, alongside the likes of Manchester City, Chelsea, and Paris Saint Germain (all owned by tremendously wealthy groups). Currently the PIF have assets worth around £250 billion. The new owners promised to help Newcastle achieve glory once again (it has been nearly one hundred years since they were the champions of England) using their immense wealth to build a strong club! Although you may have never heard of the PIF before, it is very likely that everyone listening to this podcast has used a product backed by them before. The PIF have investments in thousands of different assets, including hundreds of millions of dollars in shares of companies like Disney, Uber, Facebook, and Starbucks.

Who is the PIF and how did they get so much money? In the simplest terms possible, the PIF is kind of like a savings account for the Saudi Arabian government. For most people, the main image associated with Saudi Arabia is oil – and this is certainly where most of the PIF’s money comes from. However, it is increasingly apparent that oil is running out, and for Saudi Arabia to continue its development and growth they need to diversify their economy. They cannot rely on oil money forever. This is where the PIF comes in. The PIF take the government’s earnings, invest it in other industries and assets around the globe, and try to find new ways to make money for the country! Owning a football club is often an unreliable way of making money, but it may potentially open other possibilities. For example, it has been predicted that over the next few years the PIF will use their connection with the city of Newcastle to heavily invest in renewable energy in the form of wind power in the Northeast of England. In the long term, the connections gained from owning a football club can be beneficial.

As I mentioned earlier, this deal was delayed due to confusion over who would control the football club after the takeover. Football teams are supposed to be free from government interest and influence, which means that the Saudi Arabian government would not be able to directly own an English Premier League side. However, after receiving “assurances that the Kingdom of Saudi Arabia will not control Newcastle United Football Club,” the Premier League decided to approve the deal. Another factor holding up the takeover was a dispute between Saudi Arabia and beIN sports. BeIN sports are a Qatar based broadcaster who hold the rights to show the Premier League across the Middle East. They had been in a dispute with Saudi Arabia over accusations that the Saudis were allowing piracy (possibly connected to a higher-level rivalry between the governments of Qatar and Saudi Arabia). An agreement was recently reached between beIN and Saudi Arabia.

Although the takeover has been almost universally welcomed and celebrated by fans of Newcastle, it has also been controversial and criticised by others. There has been vocal opposition from human rights organisations. Saudi Arabia has been accused of human rights abuses: some women’s rights campaigners have been imprisoned, homosexuality is outlawed and punishable by death, and the involvement of the government in the assassination of Journalist Jamal Khashoggi have all been highlighted. As well as being chair of the PIF, Mohammed bin Salman is Crown Prince of Saudi Arabia, the son of the King, and effectively runs the country for his father.

Amnesty International, one of the world’s leading human rights organisations, has accused the Saudi Arabian government of “sportswashing.” “Sportswashing” is the term used to describe authoritarian countries investing in sport as a method of distracting from poor human rights records. Amnesty believe that it is a way of changing a country’s reputation and trying to change the opinions of individuals around the world. Importantly, it is not just Saudi Arabia and Newcastle accused of “sportswashing.” The leaders of the UAE and Qatar own Manchester City and Paris Saint Germain respectively. However, despite the criticism it has been determined that the PIF is not the government of Saudi Arabia and that the Kingdom will not be able to directly influence the club.

However, all this discussion poses an interesting question. Why do authoritarian regimes like to buy or partner with football clubs? An in particular English clubs? I have mentioned Saudi Arabia buying Newcastle and the UAE’s connection with Manchester City already. Chelsea Football club are owned by Russian Oligarch Roman Abramovich, a former member of the Soviet secret police turned Siberian politician and oil/gas billionaire. Other teams have sponsorship deals with undemocratic countries, such as Arsenal and the government of Rwanda. Why?

One explanation is soft power, a concept often used in the study of politics and international relations. Soft power is a difficult idea to explain fully, but I guess it can be simply described as attempts by governments to gain international support by appealing to individual people rather governments. Examples of soft power include tourism, charity and aid, and government scholarships (I have benefited from both Japan’s and Taiwan’s soft power initiatives). As football is such an important part of British society, buying a football club in the UK is seen as a way of gaining acceptance. Moreover, as the Premier League is often seen as the best, or certainly one of the top, football competitions in the world, owning a team in the competition can gain influence in the footballing world. Perhaps a Russian owning Chelsea helped Russia win the FIFA World Cup in 2018, or the Qataris owning PSG helped them in their bid for next year’s world cup? I’m not sure, but it is certainly interesting to think about. And as I already mentioned, there is always the idea of “sportwashing” as a reason for buying football teams.

Of course, there is also a business argument as well. The English Premier League is the most watched, most supported, and richest football competition in the world. The current Premier League broadcasting deal is twice as valuable as the deal the Spanish competition has. This, in combination with tickets, sales of football shirts, and other things can make owning a football club a profitable investment. Especially if the owners have enough money to invest heavily and bring success to the team. Manchester City is a good example of this. Bought by Sheik Mansour, a member of Abu Dhabi’s royal family, in 2008 for £150 million, Manchester City is now worth closer to £4 billion.

On this episode of Thinking in English, I have talked about the takeover of Newcastle United by a Saudi Arabian backed investment fund and tried to explain why authoritarian regimes like to invest in English football. The purchased of Newcastle by the PIF has been celebrated by fans of the club, who hope the immense wealth of their new owners will transform them to become a top team in the way Chelsea and Manchester City developed after their takeovers. On the other hand, it has been criticised due to the connections between the Kingdom of Saudi Arabia and the PIF.

Why do you think authoritarian governments buy English football teams? Is it because they love the sport? For business reasons? Sportswashing? Soft power? Or something else? Do you support a football team? Would you like your team to be bought by an incredibly wealthy owner?