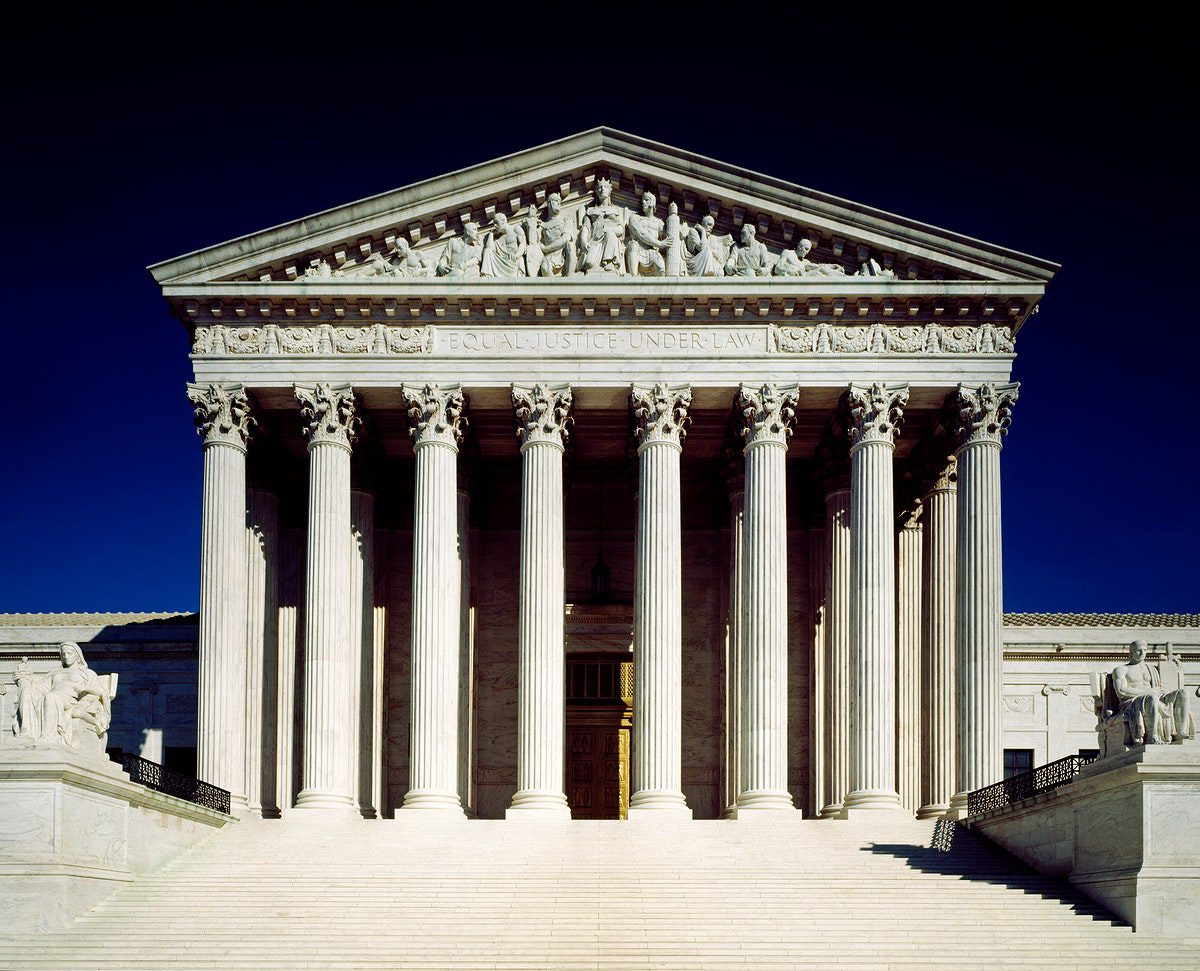 What is Roe v. Wade? Why is it such a controversial and significant decision? And why is the US Supreme Court going to reverse it? By the end of today’s episode of Thinking in English, you should be able to answer all of these questions and have learned some very useful legal English vocabulary!

Tips For University Applications and How to Improve Your Listening: Answering Your Questions!

He leaked the names of the suspects to the press

To overturn (v) – to change a legal decision

Absolute (adj) – very great or to the largest degree possible

I have absolute faith in her judgement

Pseudonym (n) – a name someone uses instead of their real name

George Orwell was a pseudonym – his real name was Eric Blair

They terminated my contract in October

To hear (v) – officially listened to by a court, council, etc

The case was heard by the High Court

Egregiously (adv) – extremely bad in a way that is very noticeable

The decisions made by that country have been egregiously wrong

If you follow American politics or news, I’m sure you would have heard the words “Roe v. Wade” at some point in the last few days. A leaked note from the US Supreme Court has revealed that they are currently planning to overturn the “Roe v. Wade” decision. The news has caused a massive reaction in the US and around the world. There have been countless articles and news reports both criticising and celebrating the possibility that Roe v Wade will no longer be in force.

But… What is Roe v. Wade? What does it refer to? Why is it so controversial and significant? And why is the US Supreme Court going to reverse the decision?

Today, I’m going to try and answer or explain some of these questions. Before I start, though, I should say that this episode will cover a very controversial topic – abortion. For this reason, I’m not going to make this episode a debate. Instead, I’m going to focus on the politics and decisions that are about to be made! And as always, when you approach a controversial topic I want you all to try to think critically and logically!

After listening to today’s episode, hopefully you will have a greater understanding of the issue, be able to understand the news a little easier and learn some new vocabulary to talk about law, politics, and abortion!

What is Roe v. Wade?

Abortion is a highly controversial issue. It is the deliberate ending of a pregnancy, most often during the first 28 weeks of a pregnancy. There are many reasons why someone may want an abortion: from health implications, unwanted pregnancy, economic problems, age, or crime.

Before the Roe v. Wade decision in 1973, abortion was generally illegal across the US. Only four states allowed abortion broadly, and 16 others in limited circumstances. This meant women were often forced to carry on with their pregnancy even though it may have been unwanted or dangerous. Furthermore, women who still wanted an abortion in a state where it was illegal often turned to unsafe, unlicensed, and unregulated medical procedures.

In 1969, an unmarried and unemployed 22 year old called Norma McCorvey became pregnant for the 3rd time. She decided she didn’t want to have another child and instead wanted an abortion. However, as McCorvey was from Texas, a US state that only allowed abortion if it saved a woman’s life, she was not permitted to undergo the procedure.

McCorvey launched a legal case against the state of Texas – she sued for the right to have an abortion. To protect her identity, McCorvey was given a pseudonym (a fake name) – Jane Roe.

After years of legal cases in different courts (during which time McCorvey had her child and put it up for adoption), Roe v. Wade eventually found its way to the US Supreme Court. The Supreme Court is the highest, most powerful, and most influential court in the USA.

The Supreme Court plays a significant role in US politics – it ensures that the President and Congress act appropriately; it blocks laws or policies that violate the Constitution of the US; and it ensures that no government can persecute minorities. It is also the last point in the legal system. If the Supreme Court decides something there is no chance at appealing – the only chance is if they change their mind in a future case!

Out of the 9 Justices on the supreme court, 7 decided in support of a woman’s right to abortion. And importantly, the Supreme Court in 1973 was a conservative court mainly appointed by conservative Presidents. They decided that the decision to have an abortion in the first three months of a pregnancy should be left to the women and her doctor, and should not be a decision made by the government.

What Happened After Roe v. Wade?

Immediately after the decision, abortion bans in 30 US states were canceled. The Supreme Court decides on how to read the US Constitution, and therefore it is more powerful than any state law. However, the decision did not completely allow abortion – it allowed states to regulate and restrict abortion in late pregnancy.

Over the last 50 years, other court cases have challenged the Roe v. Wade decision, but until now the right to abortion has been protected in the USA.

Earlier this month, a leaked document from the Supreme Court seems to suggest an end to rights guaranteed by Roe v. Wade. The Court is currently considering another abortion related case, and the draft opinion written by Justice Alito states that “Roe was egregiously wrong from the start.”

The court case is challenging a Mississippi law which bans abortion after 15 weeks of pregnancy, and if the court supports Mississippi it will basically end the Roe v. Wade decision.

Although no decision has been made yet, and justices do change their opinions regularly in the months leading up to a final decision, this document is the clearest sign ever that the right to abortion may end in the USA.

What will happen if Roe v. Wade is Overturned?

If the court decided to support Mississippi and overturn Roe v. Wade, it doesn’t necessarily mean that abortion will become illegal immediately. Rather, the laws and decisions about abortion will now be left up to each of America’s 50 states.

However, half of America’s states already have laws or bills in their legislatures that will immediately or quickly ban abortion as soon as the Supreme Court makes their decision. Arkansas, Idaho, Kentucky, Louisiana, Mississippi, Missouri, North Dakota, South Dakota, Tennessee, Utah, Texas, Oklahoma, and Wyoming have laws that will come into effect as soon as the decision is made by the Supreme Court. At least another 10 will quickly ban or restrict abortion too.

The other 20 or so states are likely to continue supporting the right to abortion, and will likely also support women from states where abortion is restricted.

Campaigners and activists have also highlighted how banning abortion will mainly affect younger women, poorer women and African-American women – these are the groups of people most likely to seek abortion in the US.

On today’s episode of Thinking in English, I have tried to explain Roe v. Wade, talk about what the impact of the decision was, and a little about what will happen if Roe v. Wade is overturned this year.

Purposefully, I stayed away from a discussion about whether abortion is right or wrong. That is a personal opinion for you to decide. The question Roe v Wade tried to answer 50 years ago was not whether abortion is right or wrong, but who should be able to make the decision – should the government (who in America are usually old white men) be the people making the decision over who can get an abortion? Or should it be a personal decision made by a woman and her doctors?

Do you think the US Supreme Court is making a bad decision if they overturn Roe v. Wade? Is abortion legal in your country?