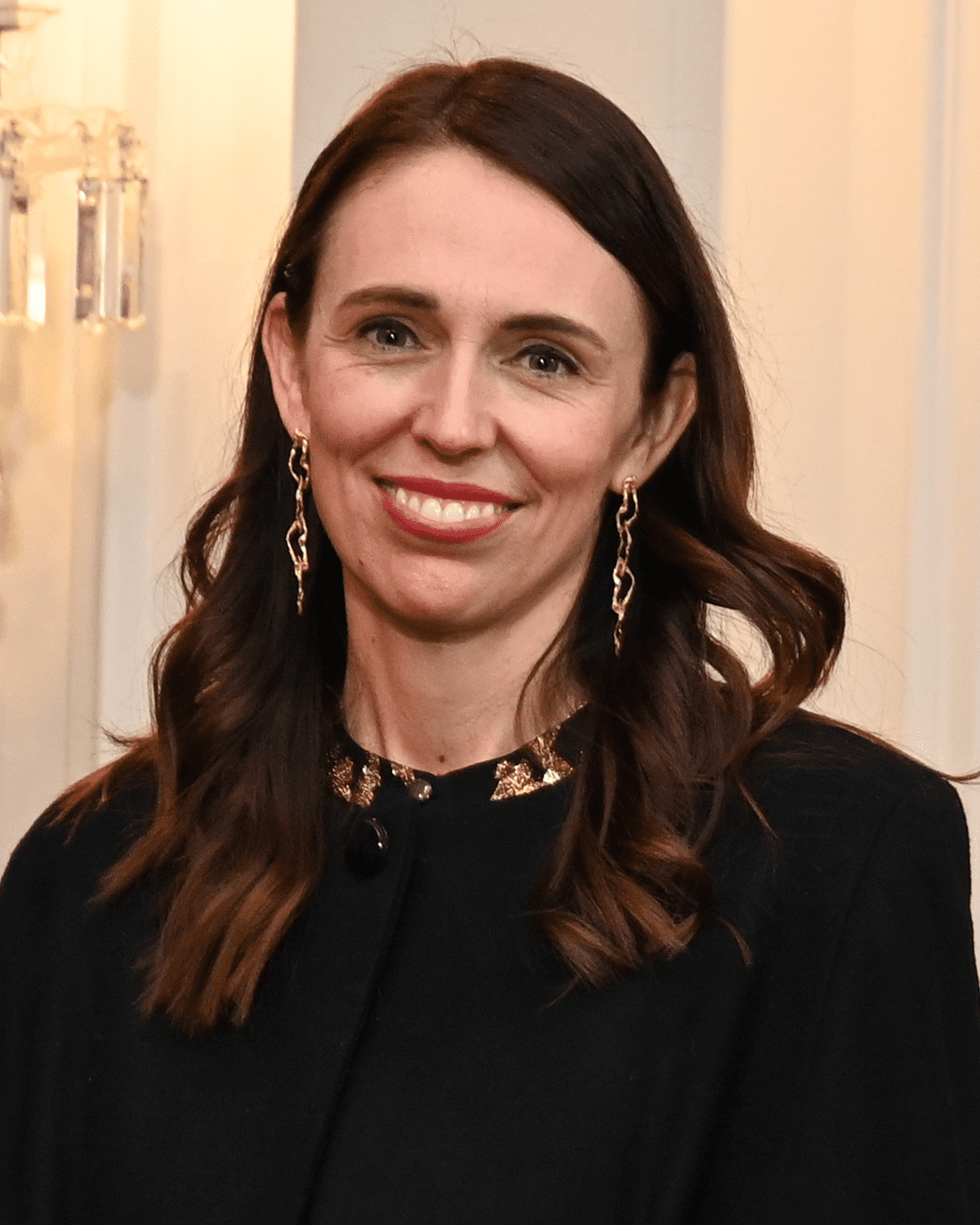 Jacinda Ardern, the well-known Prime Minister of New Zealand, has resigned after five years in the job. From mass shootings and Covid-19, to having a baby in office, Ardern dealt with many issues and became popular around the world. Today, let’s discuss why Ardern resigned as Prime Minister while learning some new vocabulary.

If You Can’t See the Podcast Player CLICK HERE!!

Jacinda Ardern has resigned as Prime Minister of New Zealand after five years in the job. Although her election five years ago was almost accidental, she went on to become one of the most high-profile world leaders due to her management of a number of crises.

However, in recent months her reputation has suffered. She has been criticised by conservative groups in New Zealand and subjected to abhorrent abuse by anti-vax campaigners. Her resignation is a sign of the great stress world leaders find themselves under.

Today I want to talk about Jacinda Ardern in more detail. Who was she? What were her greatest achievements and failures? Why did she resign as Prime Minister? And what can other world leaders learn from her recent resignation?

Who is Jacinda Ardern?

Jacinda Ardern was born into a Mormon family living in the New Zealand countryside. Although the Mormon religion, and Ardern’s family, tend to be socially conservative, the young Jacinda grew up surrounded by people struggling.

She witnessed the poverty in rural New Zealand and saw families struggling to live and become successful. Her political views were largely shaped by her young experiences – she was a Labour Party (New Zealand’s left wing political party) supporter as a teenager.

After studying politics and public relations at university, Ardern worked for a number of different politicians including the Prime Minister of New Zealand and even spent time in the UK working for the British Labour Party!

In 2008, Jacinda Ardern was elected to the New Zealand Parliament. She was certainly one of the more progressive politicians in New Zealand with a focus on ending child poverty and supporting gay rights (She even left the Mormon church in 2005 due to their anti-LGBT beliefs).

At the beginning of this podcast, I mentioned that Jacinda Ardern’s election as Prime Minister was almost accidental… let me explain that further.

In March 2017, Jacinda was elected as the deputy leader of the Labour Party. At the time, Labour were the opposition party in New Zealand’s parliament and Ardern publicly stated she didn’t want to be Prime Minister.

Regardless of her statements about wanting to be leader or not, the Labour party was suffering badly under the leadership of unpopular politician Andrew Little. Ardern’s youth and progressive ideas made her a popular figure, helping her become the party’s deputy leader.

And when, eight weeks before the general election in 2017, Andrew Little resigned as Labour Party leader, Jacinda Ardern took over and led the party into the election. Despite Labour being behind in almost every poll… she was somehow able to win enough seats to make a government! Jacinda had only been leader of the political party for a few weeks when she became Prime Minister.

We can’t really say that Ardern won that election in 2017 convincingly – her party only received 36.9% of votes and she was criticised as being too young and inexperienced. The National Party, a centre-right political party, achieved 44.5% of votes. Yet, under the New Zealand electoral system, which used proportional voting, Ardern was able to form a coalition government with the New Zealand First Party.

She became one of the youngest world leaders (she was 37 when elected), and over the following years became a highly admired politician around the world. To many people, she represented the opposite of the right-wing populist governments that had been elected in the USA (Donald Trump) and many other countries.

What were Jacinda Ardern’s Greatest Achievements as Prime Minister?

As Prime Minister, Ardern became one of the most respected and well-known leaders around the world due to her handling of a series of major crises. She was particularly admired for her empathy and kindness in response to tragedy.

In March 2019, Muslims worshipping in Mosques in the city of Christchurch were attacked by a gunman who murdered 51 people. Shockingly, the gunman was live streaming the attack on social media the entire time.

Ardern was largely praised for her response to this terrible crisis. She was pictured, wearing a headscarf, and mourning alongside the community. Within a few days, Ardern had started banning assault rifles and other weapons, as well as organising a government buy-back scheme (where gun owners could sell their weapons back to the government). Her response made headlines in the USA, where it has been almost impossible to regulate guns.

Along with French President Emmanuel Macron, Ardern pushed social media companies to be stronger against hateful and extremist content online. The attacker in Christchurch was able to broadcast himself live while it was happening – thanks to Ardern and Macron this is now more difficult.

Ardern was also applauded (at least initially) for her handling of the Covid-19 outbreak. Ardern put New Zealand into one of the world’s strictest lockdowns. The borders were shut for a long time and businesses forced to stay closed. And it worked to stop the spread of the virus. For a long time, New Zealand was one of the only places without transmission of the virus (meaning the only people with COVID in New Zealand caught it abroad).

I’ll talk about why this policy was also controversial in a few minutes, but the strict approach was popular at the beginning. So popular that Ardern and the Labour Party won the general election in 2020. And unlike in 2017, Ardern clearly won the election. She won with the biggest majority in New Zealand since they started using proportional representation.

She also proved that a woman could manage an incredibly high-profile job (being Prime Minister of a country) while caring for a young child. She announced she was pregnant in 2018 and the fact her husband became a stay-at-home dad was celebrated!

Moreover, Ardern helped to improve New Zealand’s reputation around the world! She became popular everywhere as people saw her as a strong, empathetic, and compassionate leader. She was even described as “New Zealand’s most popular prime minister ever overseas” in 2019!

The birth of her daughter made her a celebrity. She was the first world leader to take an infant child to the UN meetings in New York. She visited and held meetings with Chinese leaders, the White House, Downing Street in London, and many other countries.

What were Jacinda Ardern’s Greatest Failures as Prime Minister?

Ardern’s time as Prime Minister started off strongly. But in recent times her popularity has waned, and she has clearly struggled with burnout.

Although New Zealand’s response to COVID was initially praised, the government was heavily criticised for mistakes and incredibly strict laws. The government quarantine facilities for people returning to New Zealand had problems as tens of thousands of New Zealanders were stranded overseas due to a lack of places.

Ardern’s decision to have COVID vaccine mandates was controversial. It caused social problems in the country which had never been seen before. There were violent clashes between anti-vax protestors and the police in the capital city last year.

One of the Ardern’s biggest election promises in 2017 was to address inequality in New Zealand. She had plans to introduce a capital gains tax, but this was abandoned due to opposition from the coalition government. Plans to build affordable houses were also disappointing – New Zealand has one of the highest average house prices in the English-speaking world.

Other policies she introduced were also divisive – popular with many progressive New Zealanders and hated by conservatives. For example, many of her recent policies focused on giving extra rights to Māori peoples – the indigenous people of New Zealand.

In recent months, violence, disorder, and crime has increased across New Zealand. Ardern and the Labour Party have been described as soft on crime by the opposition National Party. In particular, ram raids have been a big concern – this is a type of robbery were criminals crash cars into buildings to smash down walls and get inside.

Why Did Ardern Resign?

In recent months, Ardern has become increasingly unpopular. As I mentioned, many of her policies have been criticised and she is being constantly insulted by anti-vax protesters.

It is clear that there was a growing anti-Ardern mood in the country. According to police data, threats against Ardern had tripled in recent years. And she had to cancel an annual barbeque held by Prime Ministers. It may surprise people around the world, who saw Ardern as a popular leader, that she was not completely popular in New Zealand.

So… one suggestion of why she resigned is that she is unpopular. New Zealand has another election coming up later this year and perhaps Ardern believes that the Labour Party have a better chance to win without her.

However, this is not the reason given by Jacinda Ardern. In fact, she gave almost the opposite reason – she believes Labour will win the next election and she doesn’t want to be Prime Minister anymore. In her words, she no longer had “enough in the tank” to do her job.

Being a world leader is difficult and world leaders must experience burn out. Of course, being a politician is a well-paid and privileged job. But it also comes with high stress and pressure, long working hours, and a lot of travelling. Jacinda Ardern has a young child and husband who she has spent little time with since she was elected.

Ardern has also been subject to abhorrent abuse from conspiracy theorists and protesters. Being constantly criticised and threatened is enough to make anyone want to quit a job.

The constant stress and long work hours can lead to burnout. I released an episode on burnout last year, and many of you reached out to me to mentioned that you have also experienced burn out. Well… world leaders must be constantly burnt out.

Why did Jacinda Ardern resign? Maybe unpopularity. Maybe to spend time with her family. Maybe due to burnout. Or, more likely, a combination of all of these factors.

Whether you agree or disagree with her politics, I think every leader (and every person) can learn a lesson from Ardern. She reacted to the tragic murders in Christchurch Mosques with empathy and compassion to the community, and fast action against guns and weapons. More people should act with empathy, compassion, and kindness.

What do you think? Why do you think Ardern resigned? Would you like to be Prime Minister, President, or leader of your country?