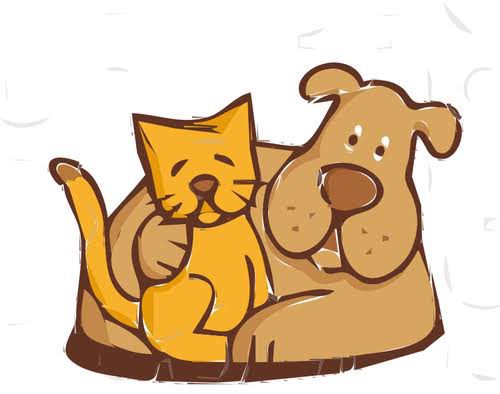 People have always loved animals, and especially cats and dogs. They are the most popular pets around the world, and have even been worshipped as gods and used to help us work in the past. As they are so important to our societies, it is only natural that idioms surrounding cats and dogs have entered our languages and everyday vocabulary. So, today, I’m going to introduce you to 5 cat based idioms and 5 dog based idioms that you can apply to your daily lives!

(If you can’t see the podcast player CLICK HERE to listen now!!)

From the ancient Egyptians to the modern day, people have always loved cats! Over the years, they have entered our languages too!

A fat cat is an idiom used to describe someone who is rich, powerful, and successful in business. However, it is NOT positive. It is actually disparaging. We call business people or maybe even politicians, fat cats when we disapprove of how they are using their power and wealth because it seems unfair. The idiom comes from 1920s USA and originally just referred to a rich person who donated to political parties.

Let the Cat Out of the Bag

Mom let the cat out of the bag and told everyone Sarah was getting married!

Look What the Cat Dragged In

Cats are famous for killing small animals outside and then dragging them back into their owners home. It’s normally not a nice surprise when you find a dead bird in your kitchen in the morning. So, we use look what the cat dragged in as an insult to announce a person’s arrival. Most of the time it is a mild, playful, and good-humoured insult used to greet friends. Especially if the person who arrived looks messy or dishevelled.

After Tom walked into the room soaking wet from the rain, Jim said ‘Look what the cat dragged in!’

(There’s) More Than One Way to Skin a Cat

If you don’t have enough money to buy a car out right – you can always rent, lease or finance instead! There’s more than one way to skin a cat!

Cat’s famously sleep a lot, especially during the day. So, if you take a cat nap, you take a very brief but restful sleep.

The nurse took a cat nap between her double shifts!

Cat’s aren’t the only animal we love! Dogs are known as man’s best friend, so of course dog based idioms have become common in our languages!

Be careful making business deals – it’s a dog-eat-dog industry out there, so don’t be tricked by everyone’s smiles!

All Bark No Bite

Bark is the noun and verb used to describe the sound a dog makes. Sometimes, dog’s can bark a lot. Moreover, sometimes their barks can be loud and intimidating. However, if a dog is all bark and no bite it means that although the dog seems threatening, it will never bite you! Thus, all bark and no bite is used to talk about similar people. I’m sure you’ve met people before who talk a lot, maybe they talk very aggressively and threateningly. However, they never actually follow through with their threats or do anything they say.

My neighbour always threatens to call the police if I play loud music, but he is all bark and no bite

Call off the Dogs

To call off the dogs means to stop yourself, or someone else, from disparaging or behaving aggressively towards someone. It means to stop criticizing or attacking. The idiom originally comes from hunting. Most people think about dogs as friendly accomplices. However, they can also be used as weapons to attack and defend.  In fact, dog’s are still used for hunting in many places. When hunting, once the dogs have killed their target, you don’t want them to eat it! So, you need to call off the dogs!

Your mother won’t stop asking me questions – can you please call off the dogs.

Have you ever been to a restaurant, but not managed to eat everything you ordered? Most people have! Some restaurants allow you to take your leftovers home, and they give you a doggy bag to put them in! So, a doggy bag  is a bag or container used to package the leftovers of a meal at a restaurant to take it home and eat later.

The servings at this restaurant are so massive that I always ask for a doggy bag before I leave!

Hair of the Dog

The hair of the dog (or the hair of the dog that bit you) is an alcoholic drink that you drink in the morning, after a night of heavy drinking and normally when you have a hangover. A hangover is the headache you get if you drink too much! Some people believe that drinking more alcohol in the morning helps cure you! Many years ago, people believed that dog hair could help you heal from injuries. It is probably not true, but hair of the dog has become an idiom used to refer to a drink used to heal you from the effects of alcohol!

I drank too much beer last night! The only cure is the hair of the dog, I guess!