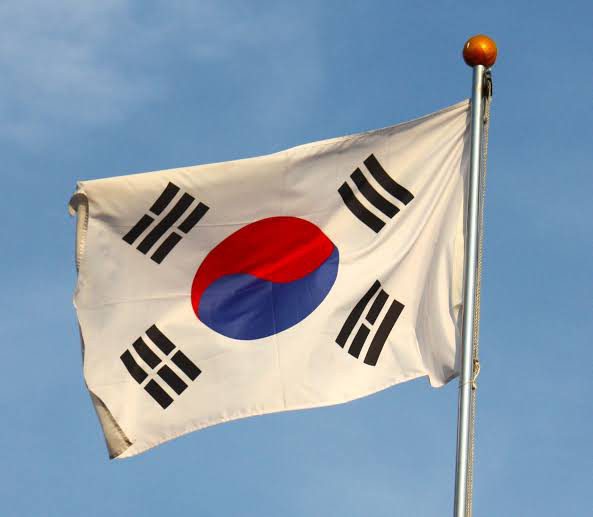 Korean culture has become incredibly popular, influential, and widespread over the last few years. The movie “Parasite” has won Oscars, the “Squid Game” is Netflix’s biggest show, and BTS and Black Pink are the biggest music acts in the world! How did this happen? Let’s talk about the Korean wave on this episode of Thinking in English!

108. Should We Bring Extinct Animals Back To Life?: De-Extinction Explained! (English Vocabulary Lesson)

112. English Accents Explained!: Why do Language Learners Have Accents and Should We Care? (English Lesson)

His whole life revolves around football

That song has really catchy lyrics

To top (v) – to be the most important, most successful, etc

The song topped the charts (sold the most) for five weeks

To ripple (v) – to move in small waves

The breeze ripples the water

Niche (n) – interesting to, aimed at, or affecting only a small number of people

MMA is not a niche sport anymore

Budget  (n) – the amount of money you have available to spend

His department has an annual budget of $20 million

To address (v) – to speak or write to someone

He addressed the audience directly

Favourable (adj) – showing that you like or approve someone or something

We have had a favourable response to the plan so far

To suppress (v) – to end something by force

The dictator suppressed his opposition

Last week I finished watching Netflix’s ridiculously popular TV drama “Squid Game”: an incredibly violent show revolving around a group of desperate men and women competing for riches in a series of challenges inspired by traditional children’s games. To say that “Squid Game” is popular is an understatement. It is the most popular Netflix show ever, helped Netflix massively increase its membership, and is reportedly made the company nearly a billion dollars. As millions of people all around the world watch the TV show, they are also listening to Korean language, learning about Korean culture, and experiencing the Korean Wave!

The Korean wave (also known as hallyu) is the term used to describe the growing global popularity of South Korea’s culture. From TV drama’s like “Squid Games,” to music, food, online games, and movies, you have probably noticed that Korean culture is everywhere. Growing up in the English countryside, I knew absolutely nothing about Korea. Not everything was British though – of course European and American culture was everywhere in the UK. Due to my country’s colonial history, African and South Asian culture was also highly visible in food, music, TV and other things. There were also Chinese restaurants in every town and Japanese animations on TV every morning. But I can not remember any type of Korean culture. In fact, I’m pretty sure the first time I ever thought about Korea was due Manchester United’s incredibly popular football player Park Ji Sung.

However, I do remember the first ever Korean song I heard. It is quite likely also the first ever Korean song you all heard too. Psy’s “Gangnam Style,” a catchy pop song released in 2012, topped the music charts in over 30 different countries, broke the record for the most liked YouTube video, and was the first ever YouTube video to reach 1 billion views. In the years since “Gangnam Style” went viral, Korean culture has somehow become one of the world’s most influential exports. K-POP, Korea’s own unique brand of pop music, has attracted millions of dedicated fans with acts like BTS and BLACKPINK likely being the world’s most popular bands. The Korean movie Parasite won 4 Oscars, including becoming the first every non-English language film to with the Academy Award for Best Picture. Korean TV dramas are regularly watched throughout Asia and the west. And it is even possible to purchase Korean instant noodles and kimchi in the supermarket in my hometown (amazing considering I remember a time when it was difficult to find anything international)!

For me, biggest sign of Korea’s massive cultural influence came a few weeks ago when the Oxford English Dictionary added 26 Korean words. Among the 26 words include terms for Korean food like bulgogi (grilled marinated meat) and words with a popular culture origin such as K-drama (Korean TV shows) and mukbang (a video of a person eating a large quantity of food and talking to the audience). According to the Oxford English Dictionary, adding these 26 words was a recognition of how the language we speak is changing. They described the increasing use of Korean words in the UK as ‘a wave rippling on the sea of English words.’

How did this happen? How did Korean culture become so widespread, influential, and powerful? It might be shocking to some of you, but it wasn’t an accident. There is a reason, or a set of factors, that explain why BTS, Parasite, and Squid Games have been able to take over the world. The reason may be politics. Starting in the 1990s, the Korean government has made a deliberate effort to help Korean pop culture spread around the world. They followed in the footsteps of Japan, which had international success with anime, manga, and J-Pop. However, Japan’s culture never became truly mainstream in other countries, and has remained a niche interest over the past 30 years.

Korean pop culture, however, has been so successful as while it is certainly very Korean, the themes and ideas be related to by everyone around the world. While the characters in squid game may speak in Korean, eat Korean food, and play Korean games, the themes of financial struggles, poverty, and love are easy for everyone to understand. Within the Korean government’s ministry of culture is the Popular Culture Industry Division, which uses its $5 billion US dollar budget to spread pop music, fashion, entertainment, comic books, cartoons, and products around the world. They have set up cultural centres across Asia, and carefully watch how other Asian countries respond to different trends. The government invests in cultural projects and has tried to make Korea a more attractive place for tourists to visit!

Korea has also benefited from the globalised and digital world. Twitter, Netflix, YouTube, Spotify, TikTok and much more have allowed people to discover Korean culture, and to form communities and groups of fans around the world. To illustrate the massive presence of Korean culture fans online, there were 7.5 billion tweets about K-pop on twitter between June 2020 and July 2021. Brands have been quick to notice the popularity of Korean culture and have used it often successfully. Earlier this year, McDonald’s USA released a BTS themed meal which trended internationally on twitter. Last year, a Thai bank used K-pop girl group Black Pink in their campaign and had 500,000 new accounts opened in only 4 weeks. BTS have even found themselves addressing the United Nations to promote vaccination and sustainable development.

Why has the Korean government encouraged the Korean wave? Most people argue the reason is soft power. I actually talked about soft power in an episode about Saudi Arabia buying Newcastle football club a few weeks ago, but I’ll briefly explain it again. In simple terms, many people argue that the Korean government believes cultural appeal will transform into political power. Joseph Nye, a poltical scientist working at Harvard University, popularised the term soft power to describe the use of culture as a way of gaining international power and influence. For example, with the US government’s help, American products like Coca-Cola, Levi jeans, and Hollywood movies are al around the world and help produce a cool image of the country. In fact, Japan’s “cool Japan” and the UK’s “cool Britannia” were government policies clearly aiming at making the countries more powerful throguh soft power.

Perhaps the Korean government is hoping that the spread of Korean culture around the world will not simply be economically beneficial, but also have real political consequences. Perhaps the want to improve Korea’s international image, encourage millions around the world to have a favourable opinion about the country, and position Korea as an important and key world power. However, how successful can soft power really be? Especially when the most popular Korean media, like the movie Parasite and Netflix’s Squid Games do not present Korea positively. They draw attention to massive social problems and inequality that surely the Korean government doesn’t want to spread.

Despite this, I think some interesting evidence of the power of Korean culture comes not from the countries (like the UK) which embrace it, but from the countries that try to suppress or ban the Korean wave. North Korea, despite welcoming K-pop stars a few years ago, has recently tightened rules about South Korean music and fashion as they believe it is contributing to social problems. China has cracked down on Korean games, the largest aspect of the K-wave. The fact other countries are worried about the influence of South Korean culture could be evidence that they do have soft power!

On today’s episode of Thinking in English I talked about the development and growth of Korean popular culture around the world. The Korean Wave has well and truly changed global culture, and it is not likely to stop anytime soon. From music to movies and games, Korea is quickly becoming one of the most important centres. I tried to show how this is connected to a poltiical desire for greater power and influence!