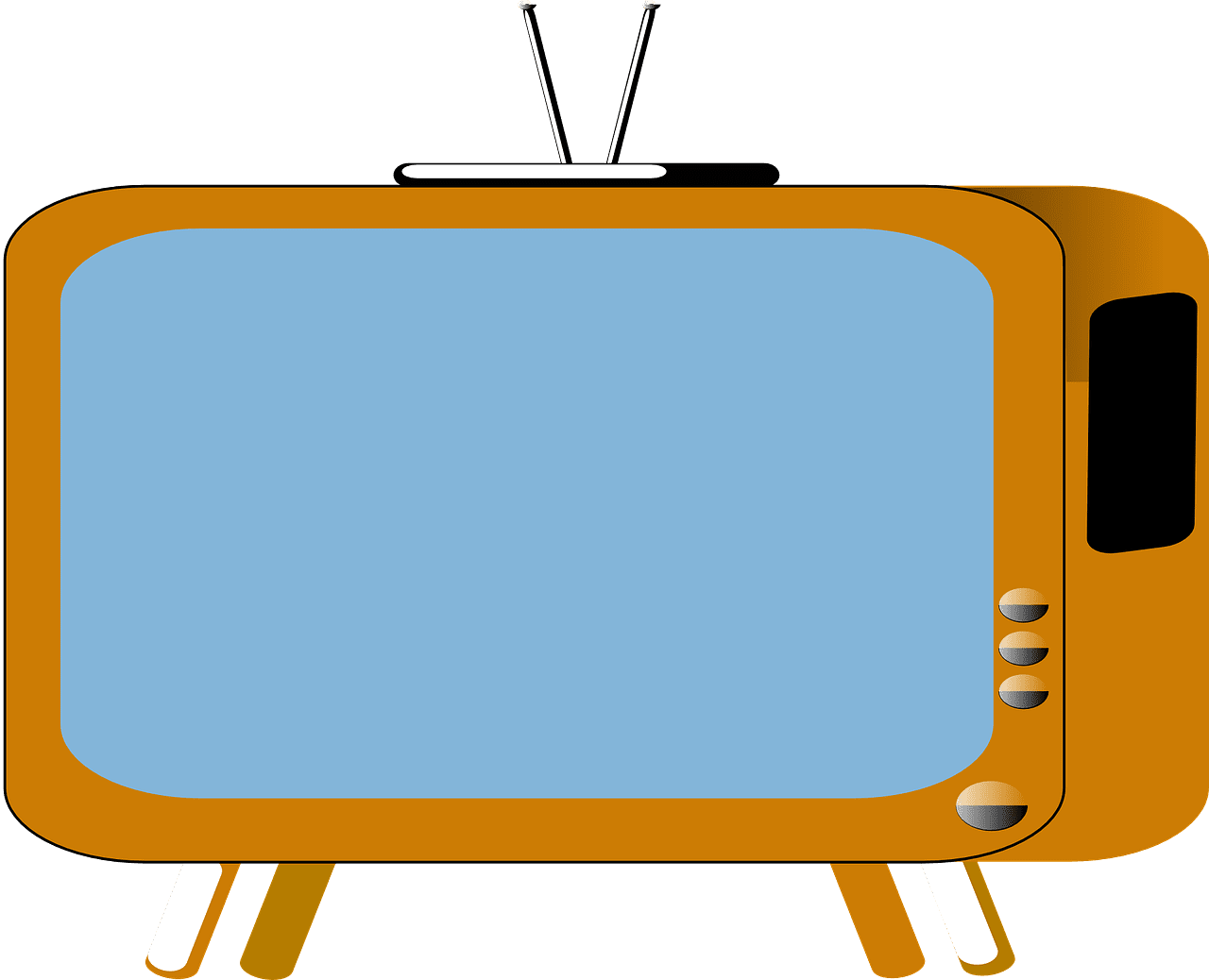 On today’s episode of Thinking in English, let me introduce you all to the wonderful world of British comedy TV shows!!

59. 5 Books Recommendations to Improve Your English!

5 Amazing Books to Improve Your English!

I love watching British comedy TV shows. Although I’m probably a little biased (as I’m from England and grew up watching British TV shows), I feel as though there is something different, unique, and special about British comedy. While you are probably familiar with American comedy – like Friends, the Big Bang Theory, or the Simpsons – the UK also has a long history of TV comedy. British people are very passionate and supportive of our comedy, and it is something I always try to promote to all of my international friends!

People always ask me for recommendations over what TV shows, movies, books, comics, or any other kind of media they should watch. Actually, you can check some of the previous recommendations by clicking the links in the blog or in the description of the podcast – I’ve recommended some great books for English learners of different abilities and a few good TV shows! However, last time most of the TV shows I recommended were a little more serious – today let’s focus on the more light hearted side of TV!

First thing first, why watch comedy shows? Why are they a good way to practice and develop your English skills? As with all TV shows in English, watching can help build your vocabulary, cultural knowledge, and help with pronunciation skills and listening comprehension. Unlike other genres of TV shows, however, comedy tends to be more challenging to watch. This is because you are supposed to laugh, to find them funny, and enjoy the comedy – but it’s not always that simple. Quite often I’ll be watching Japanese comedy TV shows while I’m at my friends’ houses, and have no idea why everyone is laughing at the show. Even though I think I understand for the most part, I don’t completely understand the culture or style of comedy!

It is also important to know that British and American comedies are quite different! What I’m about to say is my own subjective opinion, and you or any American you ask might disagree with me – which is perfectly ok! In my opinion, American comedy is often full of quite positive, bright, and successful characters, living nice lives with some funny circumstances or challenges. For example, the characters in shows like Friends and How I Met Your Mother live in large apartments in the centre of New York city and generally have good jobs which require a university education to find! Or the Big Bang Theory which is about incredibly highly educated scientists and engineers. Also, probably due to the need to sell advertising on American TV stations, American comedy traditionally is safer, less risky, and a little less weird than British comedy.

British comedy is often seen as being more complicated and difficult to understand than American shows. The characters are not always successful like in American shows, and have more relatable lives. When you first watch some of my recommendations, you may think they are weird, complex, surreal, or even more intelligent than their American counterparts. Some people even say British comedy is not funny – although I completely disagree with this. Of course, it is up to you to decide which type of comedy you like. The point of today’s episode is to introduce you to a few options from the UK. UK comedy is less well known than American shows, but that doesn’t mean you shouldn’t watch them!

Also, I guess if you are listening to me speak with my British accent and way of speaking, you are probably already interested in British things – at least a little anyway. By watching more British comedy you will hopefully be able to learn about British humour, the way British think about life, and more of our culture. I definitely encourage you to try and watch some more shows!

You might find it a little tricky to get into British comedy, I definitely think it is worth sticking with it and persevering. British comedy shows often explore complicated feelings, ideas, and can be fascinating to watch as well as being funny!

Before I give you my official list of recommendations, let me provide you with a few tips and tricks to help you make the most of watching comedies!

So here are my recommendations! I will recommend 6 shows in detail (that I have watched and enjoyed)! I will also give a long list of recommendations at the end, which you will also be able to find on my blog!!

I’m sure many of you have heard of the Office before – the American show was really popular, but did you know that the original Office was made in the UK. It is a ‘mockumentary’ from the early 2000’s about a group of office workers in a UK town called Slough. Even the name Slough sounds boring.

The English they speak is quite realistic as it is filmed like a documentary in a working office. It means that sometimes people mumble, or there may be background sounds making it a little difficult to understand what characters are saying. As with many British shows, there is no laughter track (the fake laughing in American sitcoms that tells you when you are supposed to laugh) which might make it a little difficult to find the funny parts at first. However, the show is all about how boring and tragic the characters lives are – and this is what we find funny.

This was one of my favourite shows when I was younger, and it is quite a unique idea. Outnumbered is a TV show about a family of five. With two very young actors playing the children, the show was also semi-improvised. This means that it wasn’t always fully scripted, and the child actors were allowed freedom to do what they wanted. Although this might sound risky, the show was magical and incredibly funny – especially in the first few seasons.

With one wise young daughter, a hyperactive and unpredictable middle child, and a cool older son, along with two great actors as the parents, the show has a variety of English vocabulary and shows you the reality of raising a family in the UK! I want to go and watch the show right now.

To be honest, I only watched Gavin and Stacey for the first time two years ago. When I was younger, it never appealed to me – but I was wrong! It is an excellent show. Particularly good for all of you is how it merges and mixes both English (or more specifically Essex) and Welsh culture. It focuses on the long distance relationship between Gavin (an English man from Essex) and Stacey (a Welsh girl from Barry Island) and how they fall in love after meeting on the phone. It is hilarious watching their friends and families meet each other and merge together.

Obviously, this show will introduce you to two famous UK accents – Essex and South Wales. There is also a load of interesting vocabulary and slang you can pick up. Perhaps Gavin and Stacey is most famous around the world for introducing James Corden, now a major celebrity and talk show host in the US, to the world.

The Thick of It

I had to think twice about including the Thick of It on the list. You won’t find it on many other comedy lists for English learners online, and a comedy about UK politics might not sound very good to you. However, the main reason I had to think twice is that the characters use an incredible amount of foul and bad language. Despite this, the Thick of It is hilarious, one of my favourite shows ever, and actually the reason I have an undergraduate and masters degree in Politics. The show focuses on how decisions are made in UK politics, and the character Malcom Tucker is great at inventing excellent insults for the stupid politicians and civil servants employed in the government.

For English learners, this will expose you to a lot of great political vocabulary, help educate you on British politics, and show you the reality of how common swear words or curse words are in British English.

Inbetweeners is another show full of bad language. In fact, it is probably the rudest show ever to be on British TV. As a teenager, however, it was perhaps the biggest hit of the time. Focusing on the lives of four sixth form students in England (sixth form if like British high school), Inbetweeners is an exaggerated but quite accurate look at school life in the UK. Will is the awkward and intelligent character who doesn’t really fit in, Neil is stupid and innocent, Jay lies and exaggerates all the time, and Simon is somehow normal and strange at the same time. Everyone can relate to these characters (we probably knew people like them in our childhood) – they are the Inbetweeners – not popular, not unpopular, just in the middle.

If you want to learn the kind of British slang used by teenagers and young adults, as well as the kind of experiences and conversations common at UK schools, then I recommend the Inbetweeners. However, if you are uncomfortable with bad language and crude topics (they talk about sex and girls all the time) then maybe give this show a miss.

Only Fools and Horses

My final detailed recommendation will be the oldest show yet, Only Fools and Horses. This sitcom from the 1980s and 90s is about two working class brothers from Peckham in South London, who try their hardest to escape their poor lives and become millionaires. They often do this by concocting scams, buying stolen or broken products to sell, or making unwise investments. I have fond memories of sitting down on a Sunday with my Dad to watch episodes of Only Fools and Horses.

Being set in working class South London, this show introduces you to a variety of interesting accents and slang common in that part of the country!

Have I Got News for You?

8 out of 10 Cats Does Countdown

Would I Lie to You?