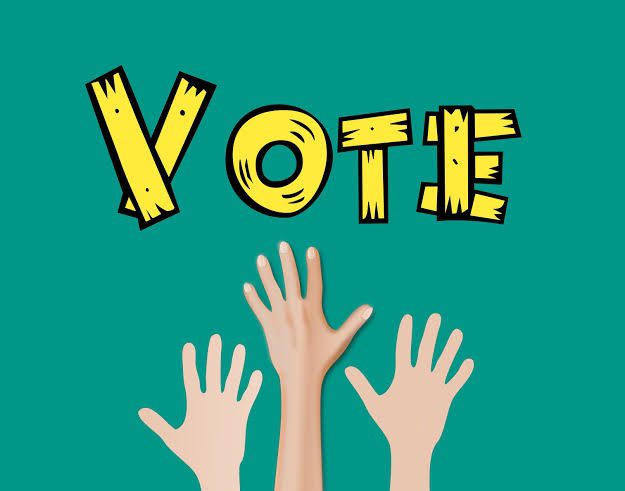 Voting is an important part of modern democracies. For most of us, it is the only time we will ever have any influence in political decisions or the future of our countries. However, if voting is so important, should 16 year olds and younger people be allowed to vote? Let’s talk about it on today’s episode on Thinking in English!

111. Should We Still Use the Death Penalty?: English Language Debate (English Vocabulary Lesson)

Mikhail Bakunin is considered one of the most influential anarchists

A referendum was held on whether Catalonia should be independent

rely on (phrasal v) – to need a particular thing or the help and support of someone or something in order to continue, to work correctly, or to succeed

I rely on my friends for good advice

The company has been subject of an arbitrary take-over

efficacy (n) – the ability to produce the intended result

He’s very mature for his age

For my listeners who live in democracies, and actually some of you who live in not-so-democratic countries, voting is an important part of your political, social, cultural, and civic lives. For most of us it is one of the only opportunities we have to influence the future direction of our governments, to help choose what policies affect us, and to be involved with politics. Now, there is a lot of discussion and debate between activists, philosophers, and academics over how effective and important your vote really is (perhaps I’ll talk about this in a future episode), but today I’m going to assume that voting is important.

Why is voting important? Well, there are a few good reasons. Of course, these factors will vary depending on what the election is for, which country you live in, which type of electoral system is being used, how much you trust the politicians being elected, and much more.

To start with, elections do have consequences. I remember being a sceptical undergraduate political science student, spending too much time reading Marxist historians and anarchist philosophy, and strongly believing that votes are unimportant and elections don’t really change anything. Basically, if every option is bad (or every candidate in an election is a terrible choice), then why should I need to vote? I believed this so much that I didn’t even make the effort to vote in the 2016 Brexit referendum in the UK…. and I’m sure you all know how that turned out! Brexit proves votes do have consequences. Elections, and the people or groups who get the most votes, can change the politics of a country: especially in terms of education, minimum wages, and tax.

A common argument you’ll also hear is that if you don’t vote, you are giving up your right to criticize politics in the future and giving up your voice. Now, I’m not sure how much I agree with this. I think that choosing to not vote for political reasons is equally as acceptable as voting. However, for people who choose to vote out of laziness, forgetfulness, or ignorance, this argument is slightly more persuasive. If you don’t vote, you don’t have any role in influencing politics. If you don’t vote, other people will make those decisions. In our representative democracies, the only time we have any political impact is in the vote! You are also paying taxes – voting is the only opportunity you get to have some choice over how your tax money is spent!

Elections are also an opportunity for change. How did Donald Trump become president of the USA? How did the UK leave the European Union? How did gay marriage become legal in countries including Ireland and Taiwan? How did South Sudan become a country? The answers to all of these questions are votes, elections, and referendums. Sometimes it might seem as though nothing changes regardless of who you vote for – (I live in Japan, a country that has rarely changed government since 1945) – but there are some occasions when it really does matter!

And, although there are many other reasons, the final one I’ll mention today is that there are communities who rely on your votes. Not everyone in your country can vote. Do you have international friends who live in your city? They live in your country, they probably pay taxes, they are affected by politics, but they can’t vote! Or how about your elderly relatives who are too weak or sick to vote? Or neighbours too busy with work to take time to pay attention to the election? Or your children? Votes are important as you are not just making them for yourself, but for your community.

If voting is important, why can’t everyone vote? As voting became part of democracies, the voting age was usually set at 21 years old or higher. In more recent years, 18 has become the most common voting age around the world. However, some countries, including Brazil, have chosen to allow people as young as 16 to vote in elections. In Europe, parts of Germany allow 16 year olds to vote in local elections, while Austria has allowed 16- and 17- year olds to vote in national elections since 2007. In the first part of this episode, I discussed how important voting is – so why have we chosen arbitrary limits and ages to decide when someone is able to vote?

Should the voting age in elections around the world be lowered to 16 years old? In the rest of this episode of Thinking in English, I’m going to outline two sides to the debate over voting ages. After listening to my arguments, I want you to decide for yourself what your opinion is. I want you to Think in English! Furthermore, questions around voting ages are exactly the kind of topic that IELTS, TOEFL, and other English proficiency tests like to choose. So, should 16 year olds (or maybe even younger) be able to vote?

Let’s start with the pro-, or supportive, arguments. First, studies have shown that 16 year olds are just as knowledgeable and informed about civics and politics as older teenagers and adults. According to research published in the Annals of the American Academy of Political and Social Science, 16 year olds have similar levels of “civic knowledge, political skills, political efficacy, and tolerance” compared to the average adult, which means that they are ready to vote. An interesting real world case study comes from Austria, which lowered the voting age to 16 in 2007. In the years following, the performance of younger voters has been similar to older voters, and evidence suggests that 16 years olds vote based on their best interest.

A second argument in support of allowing 16 year olds to vote is that it will increase voter turnout and create better voting habits among citizens. As a political science student, I remember reading that if you vote in one election, you are much more likely to vote in future elections. Also, the earlier you vote (as in the younger age), the more likely you are to continue voting. 16 and 17 year olds tend to still be in high school and living with their parents, giving them the opportunity to learn and get past the obstacles that often prevent first time voters from voting. 18 year olds, on the other hand, may have left home and education, and not be able to get help when it comes to voting.

A final argument in support of allowing younger people to vote is that at the age of 16 they should have a voice in the laws, decisions, and policies that affect their lives. In many countries, 16 year olds are allowed to work, drive, pay taxes, get married, leave school, have sex, smoke cigarettes, and live by themselves: surely they should also be allowed to vote?

On the other side of the debate, there are numerous arguments that suggest 16 year olds shouldn’t be allowed to vote. First, a lot of people believe that under-18 year olds are not mature enough to participate in elections. While I have listed some things that under-18 years olds are able to do, there are also a lot of things they can’t do. In most western countries, under-18s do not face the same laws as adults, are not able to serve on a jury or join the military, and may show less interest in politics. And of course, our brains are still growing and developing throughout our teenage years.

In most countries, people under the age of 30 have very low voter turnout. For example, only 12.5% of 18 years olds voted in the 2014 US midterm election compared to an overall turnout of 42%. In the UK as well, younger people tend to vote less than older people. The implication is that perhaps young people are less prepared and read to vote in elections.

The final argument I have is a little more specific to the USA, but I’m sure it is similar in many countries around the world. Statistics I found for the US suggest that the vast majority of people in the USA, including all ages and political ideologies, believe that 16 year olds shouldn’t be able to vote. For instance, a Hill-HarrisX poll in 2019 found that 84% of registered voters opposed lowering the voting age to 16. In fact, there are countless other surveys and polls suggesting that lowering the voting age is unpopular.

On this episode of Thinking in English, I have tried to introduce the debate over voting ages. Most countries allow 18 year olds to vote, but should this minimum age be lowered? Should 16 year olds be allowed to vote? On the one hand, studies suggest 16 year olds are just as good at voting as adults are, allowing younger people to vote will create good voting behaviours, and young people deserve an opportunity to influence their futures. On the other hand, perhaps under-18s are not mature enough, unlikely to vote, and lowering voting age is generally unpopular.