145. Should you Support Your Country Unconditionally? (English Vocabulary Lesson) 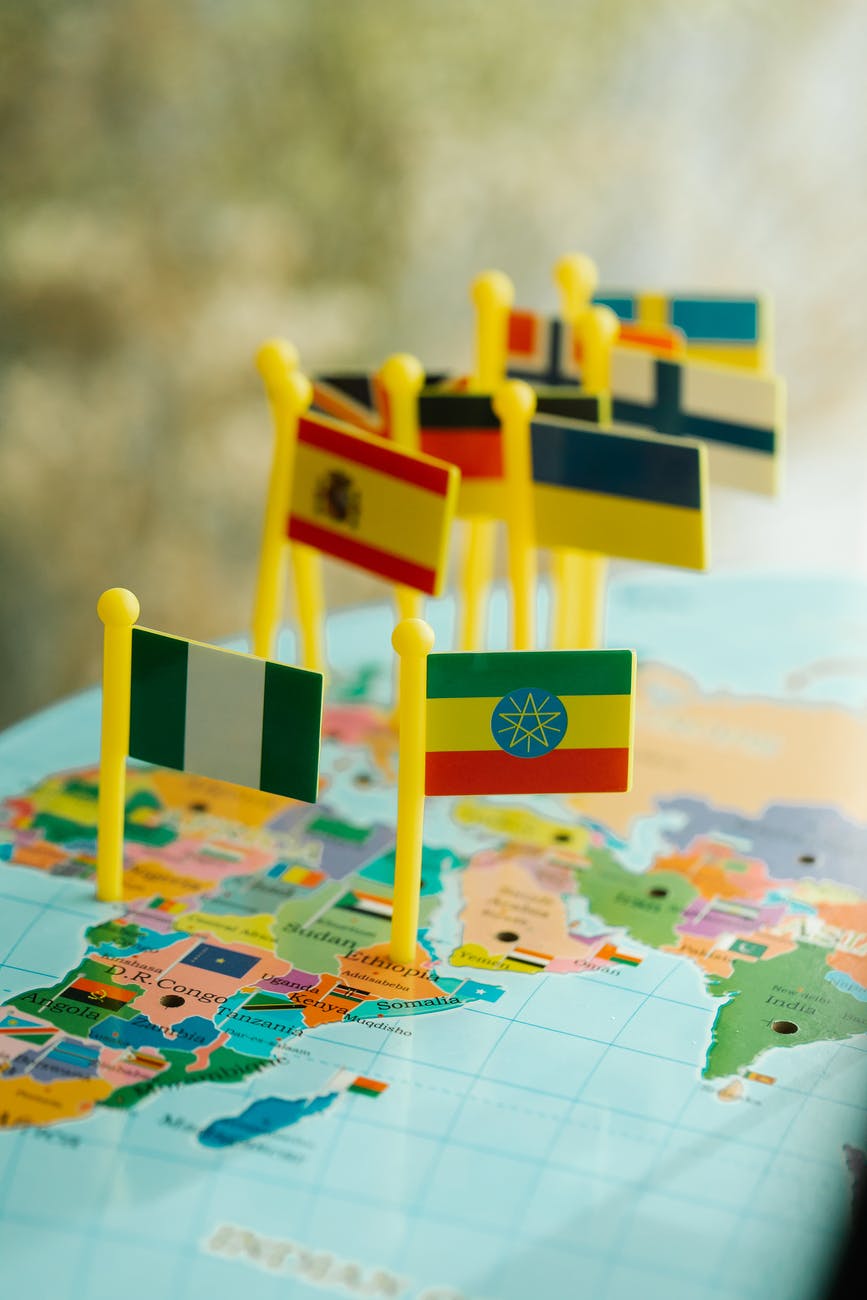 144. Should Students Have to Wear School Uniforms? (English Vocabulary Lesson)

143. What is a War Crime? (English Vocabulary Lesson)

142. What is an Oligarchy?  (English Vocabulary Lesson)

He thanked his mother for being unconditionally supportive

As a child, my brother had an imaginary friend

Connotation (n) – a feeling or idea that is suggested by a particular word although it need not be a part of the word’s meaning, or something suggested by an object or situation

“Resolute” means stubborn, but with a more positive connotation

To diverge (v) – to follow a different direction, or to be or become different

Although the two organisations used to work closely together, their objectives have diverged recently

The political party has been criticised for its exclusionary membership rules

Superiority (n) – the fact that one person or thing is better, stronger, etc. than another

This report is full of flaws

Most of you probably don’t care about the game of chess (and neither do I really), but recently there has been a great deal of controversy within the International Chess Federation. Russian Grandmaster Sergey Karjakin has been banned for six months from international competition after publicly supporting Vladimir Putin and Russia’s invasion of Ukraine.

Whether banning him is right or wrong, and the ethics of Russia’s actions in Ukraine, are not the topic of this episode. Instead, something Karjakin tweeted earlier this month made me think. On March 11, Karjakin tweeted “No matter what happens, I will support my country in any situation without thinking for a second!”

“I will support my country in any situation.” In other words, his support and love for his country is unconditional. He will always support Russia. Why?

I think before we get into discussing nationalism and patriotism, it is worth taking a second to think about what a country is. I actually recorded an episode about how to make your own country a few months ago, but today I want to think a little more philosophically about the topic.

I’m going to make a slightly controversial or confusing statement now – your nation is imaginary. I use the word nation here instead of country, as country is a political organisation. However, countries are also something imagined by people – if you took away all the humans from our planet there would be no countries: there would be islands, forests, mountains, rivers, trees, and plants…. But no Indonesia, China, Sudan, or Barbados.

Benedict Anderson, one of the most respected political scientists of the 20th century, came up with the term “imagined communities” in the 1980s to help him study nationalism. Our nations, the nations that we love and support, are “imagined communities.” Why imagined? They are imagined because you are never going to know, meet, or even hear about the vast majority of other members of the community (or other people from your country). You have no relationship, no connection, other than being born in the same political community.

However, just because the nation is imagined, doesn’t mean it is not important or influential. Even someone like myself, who is constantly critical and annoyed at my country, supports the English football team during international tournaments and cheers for the UK athletes at the Olympic games. We see members of our nation as the same of us, as connected to us, even if those connections are not necessarily real.

While football tournaments and the Olympic games are relatively harmless ways to support your country, our love for our “imagined communities” can be devastating. Regardless of the conditions within our countries, the inequality, poverty, or corruption, people still tend to feel a need to support their nation. And over the past 100 or so years, millions of people have been willing to die to defend their nation and their country against other nations and countries. Willing to die for people they will have never met, and willing to die for a country that often treats them poorly or unfairly.

You’ve heard me use a few words connected to the debate over loving your country already in this episode: specifically patriotism and nationalism. But what are these and what do they mean? And, perhaps more importantly, what is the difference?

Both patriotism and nationalism are words that involve some form of pride and love for your country, but they have very different connotations.

According to dicitonary.com, the noun patriotism means “devoted love, support, and defence of one’s country; national loyalty.” When we think of the word patriotism, we often think about the people who defend our countries, as well as others who serve the country.

Individual acts of patriotism include volunteering your time to help your country, displaying your pride by owning a national flag, or supporting your country’s sports teams.

In the 19th century, patriotism and nationalism had very similar meanings and usages – however since then they have grown apart. Actually, it is probably more accurate to say that while patriotism still has the same meaning, nationalism has diverged.

Like patriotism, nationalism means to have a love or devotion to one’s country or nation. It is used to talk about strong support and love for your homeland. However, there is a key distinction between the two terms.

Nationalism is exclusionary. While patriotism means you have pride in your country, it doesn’t mean that you think or believe your country is superior or better when compared to other nations. However, this is a component of nationalism – the belief that your country’s culture and interest is more important than other places’ or other nations’.

In other words, nationalism is a form of aggression or excessive patriotism. Fascist regimes in the 1930s and 1940s mixed ideas of nationalism with ideas of ethnic and cultural superiority. In modern usage, nationalism tends to be used to describe political movements such as Brexit, Donald Trump, and other leaders around the world.

When you use these words, it is important you understand the context. Patriotism tends to be relatively positive – it refers to the positive action of loving, supporting, and having pride in your country. Working to improve your country, and help your country, is patriotism.

On the other hand, nationalism tends to be relatively negative. We use it for political movements and ideologies that dislike foreigners, immigrants, or even ethnic minorities within a country. Rather than simply having pride in your country, nationalism suggests that you believe your country should be considered better and superior to others.

Should you Support Your Country Unconditionally?

If you are a patriot, and have pride in your country, does this mean you should support your country unconditionally? In any situation?

I asked this question to a few friends from Germany and Taiwan while we were at a restaurant last week, and we all agreed that we don’t support our countries unconditionally. Some of my past episodes on Thinking in English (the insulting Boris Johnson one in particular) probably show you that I am not afraid to be critical of the UK. In fact, as a student I organised protests against the UK’s refugee policies and I am constantly critical of Britain’s historical actions around the world.

However, a lot of people seem to think that being critical of the actions of your country means that you are not patriotic. I don’t particularly like singing the British national anthem, and I find the idea of displaying your country’s flag everywhere a little strange, but this doesn’t mean I hate the UK. I was too young to oppose Britain’s involvement in the Iraq war, but I was definitely against UK military action in Libya and Syria. Moreover, I ran an Amnesty International group in the UK that did a campaign against the British weapons being used by dictatorships.

However, I like this quote from Lee Child’s Jack Reacher books better, “My country, right or wrong. Which means nothing, unless you admit your country is wrong sometimes. Loving a country that was right all the time would be common sense, not patriotism.” You can still support your country, even if you admit the flaws and negatives.

I believe the UK’s history of colonialism is terrible. Does this mean I hate the UK? No, it doesn’t. But I understand the negatives, and believe that more should be done in the UK to support the victims of colonialism and educate the British public about the realities of the Empire.

Should you support your country unconditionally, no matter what, and in any situation? I don’t think so. Countries do stupid, violent, and insane things all the time. Especially in our modern political systems – oligarchies, representative democracies, and dictatorships – normal people don’t really have any meaningful voice in the decisions our country makes. Why should we be expected to support the decisions made by the powerful?

Personally, I believe you should support your country, but not unconditionally. And that a true patriot wants to improve their country, which can only happen when you admit your country has done wrong. However, I’m aware some of you listening will definitely disagree with me. If you do disagree with me, let me know why!

What do you think? Should we support our countries unconditionally?

6 thoughts on “145. Should you Support Your Country Unconditionally? (English Vocabulary Lesson)”

6 thoughts on “145. Should you Support Your Country Unconditionally? (English Vocabulary Lesson)”