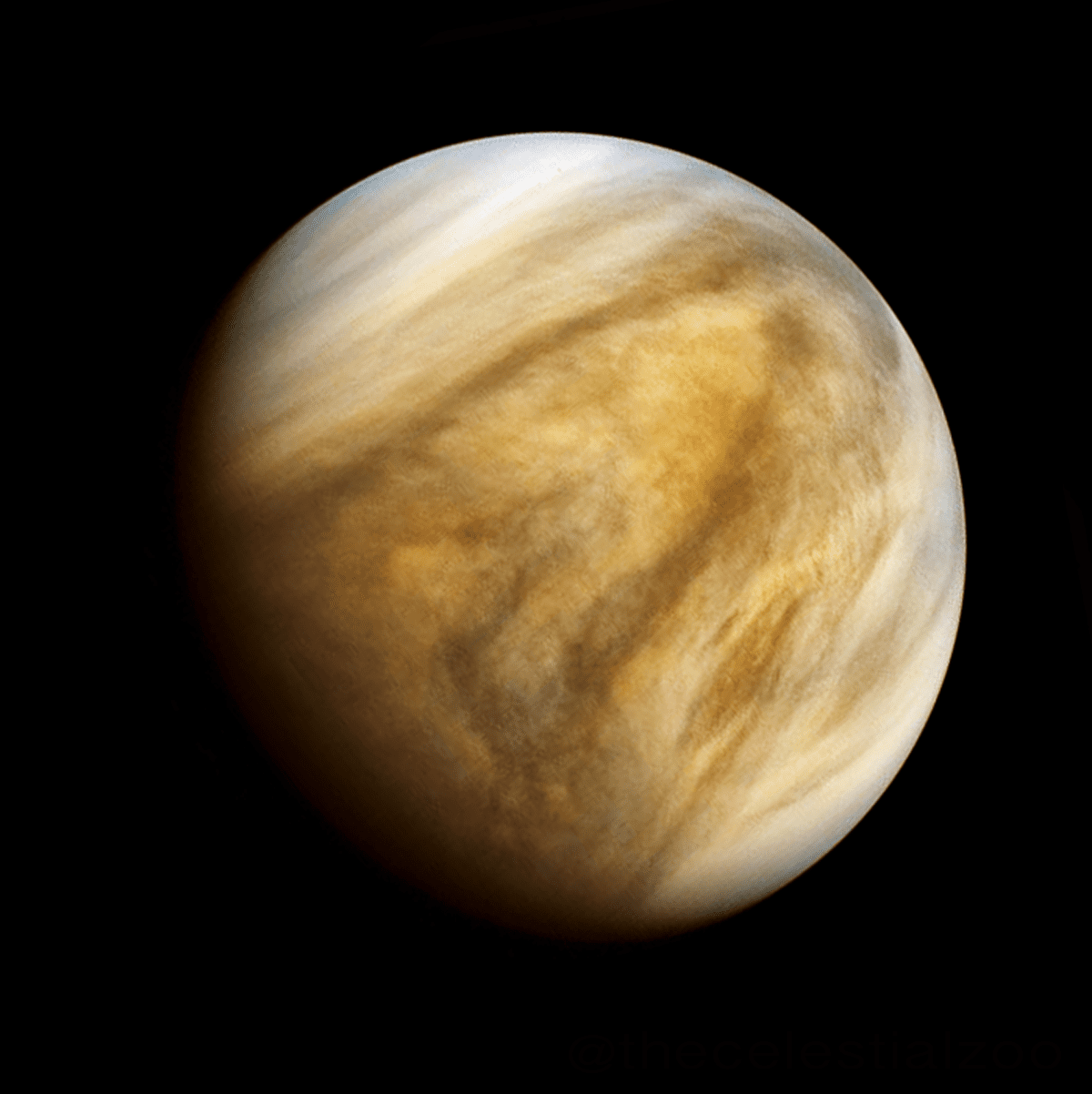 Phosphine (n) – a gas, a mixture of hydrogen and phosphorus

Extra-terrestrial (adj) – not from the planet earth

atmosphere (n) – mixture of gases around a planet

These factories are releasing toxic gases into the atmosphere

Astrobiologists believe there may be life on Saturn’s moon Titan

Inhospitable (adj) – an area not suitable to live in

Nothing can live in this inhospitable environment

It was a scorching summer day

Habitability (n) – potential for life to live on a planet

They are using this telescope to determine that planets habitability

Parts of the city continue to flourish

Desolate (adj) – empty and not attractive, with no people or nothing pleasant in it

The house stood in a bleak and desolate landscape

The search for extra-terrestrial life took an unexpected, and unbelievable, turn last week with the potential discovery of a gas in the atmosphere of Venus that could be a sign of life. Scientists believe that they have found traces of phosphine, a toxic compound of hydrogen and phosphorus that has been identified by astrobiologists as a potential indicator for life on other planets, in their data. Using powerful radio telescopes and studying the way light was absorbed by the planet’s atmosphere, they determined that there must be Phosphine present. The way light interacts with different atoms and molecules varies, and consequently it is possible to identify the chemical composition of things by studying light.

However Phosphine was a completely unexpected discovery. The gas, which is produced by living organisms on Earth, should not be able to exist for long on the toxic and inhospitable planet. Something must be replenishing the gas for it to consistently appear in the scientists data. One possibility is an unknown and mysterious chemical process, or more excitingly biological life!

This discovery is even more astonishing when you consider the environment of Venus. Despite not being the closest planet to the Sun, Venus is by far the hottest. Surface temperatures can reach a terrifying 470 degrees Celsius, which would leave metals like lead as puddles of liquid. These temperatures are a result of Venus’ incredibly thick atmosphere of greenhouse gases, and clouds of sulfuric acid, which trap in the heat. Venus’ surface is almost certainly too inhospitable for life. The atmosphere does, however, have many layers of different temperatures – At the level where the clouds are, about 30 miles up from the surface, it’s about the same temperature as on the surface of the Earth. This leaves us with the bizarre prospect that microbial activity – the key source of phosphine on Earth – may be occurring in the scorching, acidic clouds above Venus.

This means that Venus is now a surprising new entry on the list of potential life in our solar system, a list which currently includes the distant frozen moons of Jupiter and the methane filled lakes of Saturn’s moon Titan. For years life was thought to be fragile, but recently ideas have been changing. Life has now been seen living in nuclear waste; in highly acidic waters; in undersea vents where temperatures and pressures reach colossal levels; and on panels bolted to the outside of the international space station and exposed to the vacuum of space for years. If life can survive in these hostile conditions, then perhaps it can survive in the atmosphere of Venus.

So, what happens next? Well, at first, the data needs to be confirmed. Astronomers are now hoping to follow up on the discovery by using other telescopes on Earth to find more evidence. As well as verifying its presence, telescopes could also offer more data on where the phosphine is located, and how its levels vary over days and weeks. There are actually 3 spacecraft already scheduled to fly close to Venus – a joint European and Japanese mission to Mercury, as well as separate European and American missions to the sun. These could potentially observe Venus on their ways, but they don’t actually have the correct technology to identify Phosphine. There is also a spacecraft currently orbiting Venus: Japan’s Akatsuki mission, which entered orbit in 2015 and is studying Venus’s weather and searching for volcanos. Although it lacks the tools required to spot phosphine directly, it could help in other ways.

More promising are future planned missions. The Indian Space Research Organisation (ISRO) has a Venus orbiter planned to launch in 2025. The United States and Europe also are contemplating missions to Venus that could provide useful data on the planet’s potential habitability — or even directly search for signs of life.

Are we alone? Is the solar system empty of life? Is Earth unique – an incredible accident of life flourishing in an otherwise desolate, uninhabitable, and lifeless universe? Or is there something out there?

Personally, considering the size and scale of the Universe, these questions are not that important. Mathematically, i refuse to accept that life only developed on one planet in our ever expanding universe. More important questions are what is out there? And does it matter? Is it worth investing time, and money, on searching for signs of life? There are still parts of our planet we do not know and have not explored. From the depths of the oceans and peaks of mountains, to the heart of rainforests and the endless landscapes of tundras, should we not focus on understanding our planet before we search for others? What is the motivation for finding other life? Exploration? Curiosity?

For the average person, the discovery of alien life in our solar system will almost certainly be underwhelming. Microbes aren’t exactly what we imagine when we talk of Aliens. But curiosity in itself is an incredibly successful motivator.

2. How hot can the surface of Venus be?