2. What is the future of the Presidential Debate? 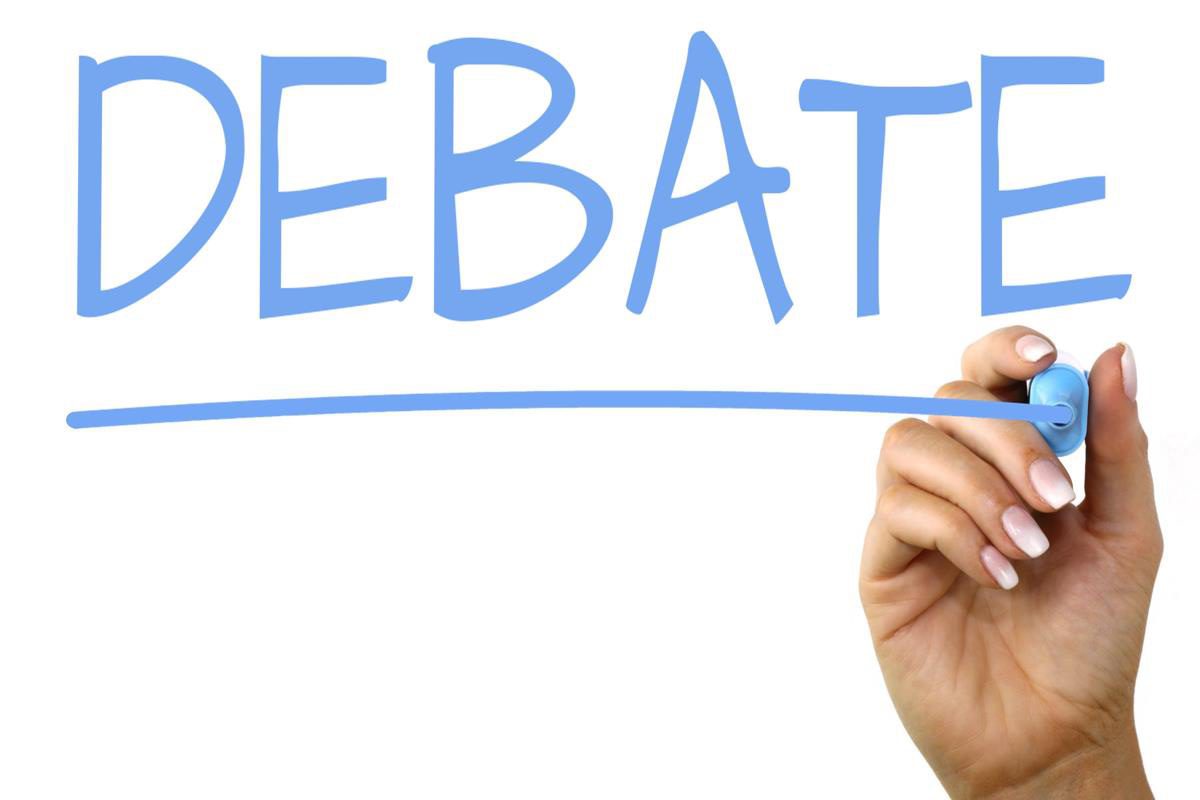 Surrogate (adj) -replacing someone else or used instead of something else

Because she had no children of her own, her friend’s son became a kind of surrogate child to her

It was a strange spectacle to see snow in summer

Superficial (adj) – not complete and only the most obvious, not really important

I only have a superficial knowledge of French

To Squabble (verb) – to argue over something that is not important

They are still squabbling over who will get the big office

SHe is known for her sporting prowess

The cat outwitted the dog by climbing the tree.

To abolish (v) -to officially end an activity or custom

I think bullfighting should be abolished

Equitable (adj) treating everyone fairly and in the same way

We all want an equitable tax system

Earlier this week, the two remaining candidates running for the President of the United States faced each other in the first Presidential debate of the year. Debates have long been a part of the US electoral system, with candidates for positions across all levels of the American political system participating in these contests. Debates have been part of the US political scene since James Madison and James Monroe debated for a seat in Congress and Abraham Lincoln served as a surrogate debater for the Whig party in the days when presidential candidates did not publicly campaign. Debates allow political candidates to promote their policies, criticise opponents ideas, and perhaps most importantly demonstrate their personalities and character. Yet, the recent debate was by no means an ordinary spectacle. Filled with insults, interruptions, unsupported assertions and outright lies, Tuesday’s event was by far the lowest quality presidential debate in history.

When the western world emerged from the Second World war, American and European politics became characterised by consensus. This does not mean that politicians never disagreed, of course they did. They disagreed over superficial and technical questions. But at a deeper level, the was a high level consensus and cooperation surrounding fundamental political beliefs – for example the Cold war, rebuilding damaged economies, and further development. This consensus ended in the 1980s with the administrations of US President Ronald Reagan and British Prime Minister Margret Thatcher. And now, there is no trace of any cooperation, or any consensus in US politics. America is a country divided into red and blue, conservative and liberal, Trump and not Trump. Somehow, a person’s political opinion has become connected with their personality and character. COnsequently, political disagreements are no longer superficial disagreements over policy, but bring into question a person’s identity. For example, it is increasingly common for both Republican and Democrat sup;porters in america to see criticism of their Party’s policies as an attack on their own character.

This political environment is not conducive to friendly, or respectful debate. Tuesday’s debates, for instance, was a chaotic, disrespectful affair full of insults, interruptions and squabbling. Trump interrupted Biden 73 times. The moderator was powerless, and had no chance of guiding the discussion. Discussion maybe too nice a word. While in the past debates were an opportunity to demonstrate a candidates intellectual prowess, by showing their capabilities and outwitting their opponent, this debate included no intelligence. It was quantity over quality, who could speak the most rather than who could speak the best.

Internationally, the debate has been seen as confirming the weakness and decline of the US. ‘A Dark day for democracy’, the ‘End of American Civilisation’, and the ‘Worst debate in history’. Where just some of the reactions. According to the Economist, The president turned a globally respected American institution into a national embarrassment

This leads to an important question? What is the future of the American debate? Are they important, or will they be increasingly sidelined in the future?

There are many arguments for abolishing political debates. For example, debates often don’t change votes, they are not substantive, they present no new information and encourage candidates to play for clever one-liners that get picked up by the media. But at the same time, for millions of undecided voters, a debate could provide useful information to make a decision.

What is the future of the Presidential style debate?

Potentially it could be reformed and improved.  Having a single moderator may be more effective than a panel of moderators; eliminating the audience is a reasonable way to end disruptions and using equitable formats and turning off the microphone of anyone but the speaker can reduce the food fight atmosphere. The rules will actually be changed for the second presidential debate, with the aim to reduce interruptions.

More radically, debates could be hosted and managed by neutral and non-profit organizations. We could remove the video component of debates, using still photos or nothing at all, to remove the attention to clothes (especially those of female candidates), hairstyles, shakes and sweats. We could make the debates boring, allowing candidates to drone on and on. Alternatively, we could ensure that all existing information about their platforms and proposals is readily available online, by mail or to watch at an earlier time, and allow only talks that add something new to the discussion.

But all of these proposals are still debates. Competitions. An argument between two or more people, which will of course lead to disagreement. The main problem is that the main qualities we want in a leader, integrity, conflict solving, the ability to change their opinion on the basis of evidence, are not present in a debate. Maybe a better system would be a friendly discussion, trying to find points of agreement rather than disagreement?

1. For What party did Abraham Lincoln serve as a surrogate debater for in the days when presidential candidates did not publicly campaign?

2. Who was British PM when the post war consensus ended?

3. How many time did Trump interrupt Biden?