22. What is RCEP? And What is Free Trade? (English Vocabulary Lesson) 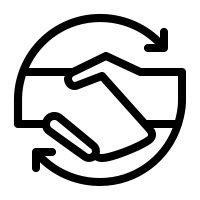 On today’s episode we’ll look at the recently signed Regional Comprehensive Economic Partnership, which brings together 15 Asian and Oceanic countries into the largest free trade agreement in the world. We’ll discuss the idea of free trade, look at the details of the agreement, and finally think about some criticisms of RCEP!

trade (n) – the activity of buying and selling, or exchanging, goods and/or services between people or countries

70 percent of the country’s trade is with Europe

I enjoyed the film, but i couldn’t follow all the intricacies of the plot

Imports (n) – goods bought by one country from another

They have restrictions on foreign imports

Exports (n) – a product that you sell in another country

Coffee is one of Brazil’s main exports

Prices and tariffs change all the time, so it’s difficult to say what you will get for your money

Limitations (n) – if someone or something has limitations, they are not as good as they could be

Despite his limitations as a manger, he always brings projects to completion on time

After over a decade of negotiations, Asian leaders officially signed the world’s largest free trade deal earlier this week. 15 countries, including China, Japan, South Korea, Australia, New Zealand, and the ten countries that make up the Association of Southeast Asian Nations (ASEAN), are included in the Regional Comprehensive Economic Partnership (RCEP). The result is a new free trade zone that is larger than the US-Mexico-Canada Agreement, and even more massive than the European Union. In fact, the combined populations of the 15 members make up almost a third of the global population and 30% of global gross domestic product. If you’re not interested in economics, or maybe interested but don’t know too much about this topic, then probably a lot of what i’ve said so far has gone over your heads. But don’t worry! And keep listening! By no means am i an economist or expert, but i’m going to try to introduce some basic economic ideas and facts about RCEP in an easy to understand way!!

Let’s start with the idea of free trade. You’ve probably heard of free trade; it is the basic foundation of the modern global economy, brought up all the time in political discussions, and the motivation behind the European Union and the new RCEP. So what is it? Well, while of course there are a multitude of varieties, specific details, and intricacies, free trade is basically an economic policy that does not restrict imports or exports. From the ancient kingdoms of China and the philosopher states of Greece right up until current times, government officials, elected politicians, intellectuals and economists have been debating and discussing why we trade and how we should trade! Here is a famous quotation from one of the fathers of modern economics, Adam Smith.

If a foreign country can supply us with a commodity cheaper than we ourselves can make it, better buy it of them with some part of the produce of our own industry, employed in a way in which we have some advantage.

Let’s think about it on a personal level. Do you make everything you use in your daily life yourself? Of course not! You probably buy food from the supermarket, clothes from department stores, and electronics from the internet. We trade our money for food, resources, and objects! Free trade is this idea at an international level. If another country can make a product for cheaper than it costs your own country, then you should buy it instead of make it! Instead of making everything themselves, countries should focus on making what they are best at (or have an advantage in!) and trade for everything else! For this to work best, there should be no tariffs on imports or exports – essentially you shouldn’t have to pay to trade! In theory, this would allow the free trade system to be fully successful!

RCEP is the largest Free trade Agreement in the world. So let’s look at a few more details! RCEP is expected to eliminate up to 90% of import tariffs between the 15 members by the year 2040. It also includes common rules for intellectual property, telecommunications, financial services, e-commerce and professional services. Potentially the biggest impact will come from the new “rules of origin”. This is a complicated idea, but i’ll try to paint a simple picture. Already many members of RCEP have free trade agreements with each other, but there are limitations and they can be really complicated. For example, even within Free Trade Agreements products could face tariffs if they contain components made in other countries. The BBC news gave this example, “A product made in Indonesia that contains Australian parts, for example, might face tariffs elsewhere in the Asean free trade zone.” RCEP is different! Under RCEP, there will be no tariffs so long as all the components are sourced from within the agreement!

Another important aspect of RCEP is that it has allowed countries with historically bad relationships to finally join free trade agreements. China-Japan, Japan-South Korea, and China-Australia relations, in particular, have been difficult to say the least!

RCEP is the largest Free Trade Agreement in the world. This does not mean it is without criticism! Former Australian Prime Minister Malcolm Turnbull has described the agreement as ‘low ambition’. RCEP has been criticised for not going far enough on issues like labour rights and the environment. It is also criticised as being a Chinese led initiative, with China’s record on human rights and environmental protection causing concern. We will have to wait to see how effective the RCEP will become! As mentioned earlier, many of the countries already had free trade agreements, so it is unclear how much further trade will increase! There is also a question surrounding the involvement of the USA. Back under president Obama, the US had been leading their own Asia-Pacific free trade agreement, but this was quickly stopped by Trump. Will Biden bring the USA back into Asian trade Agreements? What do you think about trade? Send me a message and let me know!!

Q. How much of the global gross domestic product comes from RCEP members?

Q. What percentage of tariffs will RCEP eliminate?

Q. Who criticised RCEP as being ‘low ambition’?