88. Why are the Tokyo 2020 Olympics so controversial? (English Vocabulary Lesson) 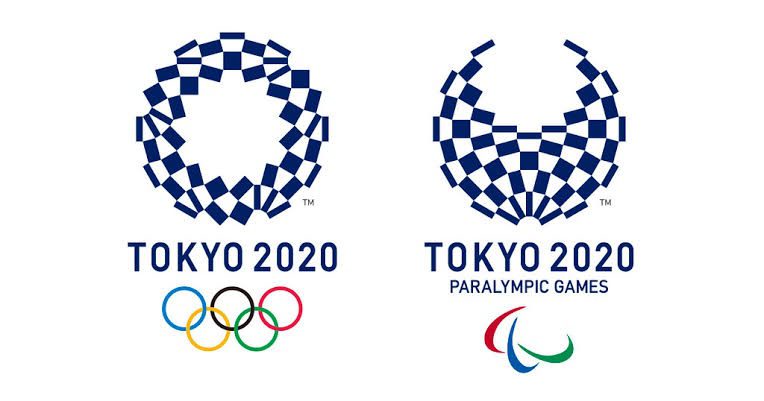 This week is the beginning of the Tokyo 2020 Olympic Games. While the Games are usually a time of excitement and joy, this time is different. Covid has changed everything. This episode of Thinking in English will introduce some information about the 2020 Tokyo Olympics, discuss why it is so controversial, and then present more general arguments about the benefits and negatives of hosting the Games.

Eagerly (adv) – In a way that shows that you want to do or have something very much, especially something interesting or enjoyable

He eagerly accepted an invitation to the party

To anticipate (v) – to imagine or expect that something will happen

We don’t anticipate any trouble

To safeguard (v) – to protect something from harm

The union safeguards the interests of all its members

Precarious (adj) – a precarious situation is likely to get worse

After the bank collapsed, many customers are in a precarious financial position

To revive (v) – to come or bring something back to life, health, existence, or use

My plants revived as soon as I gave them some water

Alternating (adj) – starting with one thing, then another thing, and then the first thing again

He is always alternating between happy and sad

To revitalize (v) – to give new life, energy, activity, or success to something

Investment has revitalize this neighbourhood

Stature (n) – the good reputation a person or organization has, based on their behaviour and ability

He is an artist of great stature

The Olympic games are supposed to be a time of celebration and joy, where athletes from around the world represent their countries and compete to be recognised as a great athlete. I remember 9 years ago clearly, when the four weeks of competitions (for both the Olympics and Paralympic games) felt like a tremendous party across the entirety of the UK. This year is different. The pandemic has changed everything. People are no longer eagerly anticipating the opening ceremony; crowds are unable to attend; and athletes are beginning to spread Covid-19 amongst each other. In fact, in the months leading up to the games, around 70% of Japanese people were opposed to their country hosting the competition.

The 2020 Summer Olympic games were originally scheduled to start on July 24th, 2020, in Tokyo, Japan. However, due to uncertainty surrounding the Covid pandemic they were postponed in March that year. The Prime Minister of Japan, at that time Abe Shinzo, along with the International Olympic Committee made the decision to “ to safeguard the health of the athletes, everybody involved in the Olympic Games and the international community.” The games were not cancelled in their entirety. Instead they were rescheduled to take place between July 23rd and August 8th 2021 (which, depending on where you live and when you’re listening, means they start in only two days”). Confusingly, the games are still being called the 2020 games, despite it being 2021.

While the games were postponed to ensure people’s safety, no one predicted in March 2020 that the pandemic would carry on and become even more devastating over the following months. If anything, the global situation is perhaps even more precarious than it was last year! Earlier this year, the Japanese government decided to ban foreign spectators from attending Tokyo 2020 and extended a nation-wide ban on international visitors. (If you’re interested in finding out how I travelled to Japan, in spite of this ban on international visitors, then check out episode 87 of Thinking in English)! Moreover, earlier this month, the painful decision was made to hold the games without crowds at all, and to extend a state of emergency across Tokyo.

The 2020 Olympic games were not the first Olympics to be postponed. The Games of 1916, 1940, and 1944 were all cancelled due to the World Wars devastating countries at the time. However, these Games are the first to ever be cancelled in peacetime. How much do you know about the history of the Olympics? They actually have ancient origins! According to historians, the first Games were held in 776 BC, over 2500 years ago, as a festival to honour their gods. The ancient games were a sport competition for males only, and included sports like wrestling, boxing, chariot racing, and running. This tournament became incredibly important for Ancient Greek society, and actually took place every four years for 1,168 years from 776 BC to 393 AD, when Emperor Theodosius I decided to end them.

So, when did the modern Olympics begin? When did the competition we know start? Well, after 1500 years without the Olympics, a French nobleman, Pierre de Coubertin, revived the Games in 1896. The first modern Olympic Games were held in Athens in April that year, with 241 athletes from 14 countries competing in 43 events. Other than the cancelled events I mentioned previously, the Games have been held every four years since then. Furthermore, the Winter Olympics were founded in 1924 and now the Games take place every two years, alternating between Summer and Winter. Also, the Modern Olympics now have a large range of sports and are constantly adding and changing which sports are included. This year, for example karate, skateboard, sports climbing, and surfing will be included for the first time, while baseball and softball return for the first time since Beijing 2008.

The Tokyo Olympics are obviously a controversial event. The biggest issue is undoubtedly the risk to public health potentially caused by the games. While Japan’s infection rate has been increasing recently, there are real fears that athletes coming from abroad may bring new variants and problems with them. Much of the criticism from Japanese people is due to these health concerns. Fans, both domestic and international, are also not able to attend events and competitions will take place in completely empty stadiums. A number of high profile athletes have decided to not attend as well.

However, I don’t think Japan ever seriously considered postponing the Games for a second time. It would be an incredible waste of money, of course. But more than that, there would be no time to reschedule the events. Next year, Beijing is hosting the Winter Olympics. And the future hosts have already been decided, Paris Summer 2024, Milan and Cortina d’Ampezzo Winter 2026, Los Angeles Summer 2028, and Brisbane Summer 2032. These games also have importance to Japan, as the 1964 Olympic Games in Tokyo were seen as an important sign of the country’s changing image and improving reputation after World War Two. After experiencing economic issues, the Tsunami and nuclear disaster in Fukushima, the 2020 Games are seen by the Government as demonstrating a new revival of the country.

However, this is not the first time that the Olympic games have been controversial. Actually, in almost every event in recent years there has been a debate over whether hosting the Olympics is a benefit, or a negative, to the host country. Are the Olympics a useful event which can really help a country, or are they a waste of money? With the rest of this episode, I want to introduce a few of the arguments surrounding the benefits and costs of hosting the Olympic games. These will not be connected to Covid, but are general points that could apply to any Games, either in the past or the future. I want you to listen to the arguments I introduce, and then decide for yourself what you think. Are the Olympics beneficial? Maybe think about my arguments in the context of your country or home town. Would you want the Olympics in your country? I want you to Think about this in English!

First, I’m going to introduce the pro, or positive, arguments in support of hosting the Olympics. In normal times (so not this year, obviously), Olympics increase tourism which can help local economies. For instance, More than 56% of foreign visitors to Brazil for the 2016 Games were new visitors and Brazil set tourism records with 6.6 million foreign tourists and $6.2 billion dollars. The 1992 Barcelona Summer Olympics made a profit, and helped to revitalize the city and transform it into one of the best cities in Europe. And the number of tourists to the UK increased by 12% the year after the London 2012 games.

As well as potential financial benefits, hosting the Olympics can increase the host country’s global stature. For instance, being awarded the Olympics contributed towards China’s negotiations with the World Trade Organisation, Italy joining the UN, Japan joining the International Monetary Fund and the OECD after Tokyo 1964, Spain Joining the European Economic Community, and South Korea liberalizing politically. In addition, hosting the games creates a sense of national pride. According to research, a majority of people believe that their nations’ performance at the Olympics was “important to their national pride,” including 91% of Kenyans, 86% of Filipinos, and 84% of Turks.

On the other hand, many people are opposed to their country, or city, hosting the Olympics. One reason is that the Olympics are expensive. Since 1960, every Games has cost more than originally expected. The Tokyo 2020 Summer Games were already the most expensive Olympics in history a year ago, at 200% over budget.  A January 2021 study found that no foreign spectators due to COVID-19 restrictions could cost Japan as much as $23 billion. The debt caused by the Athens Olympics in 2004 made Greece’s financial crisis much worse in 2007.

Often, cities build incredibly expensive facilities and stadiums for the Olympics, but then rarely continue using them afterwards. The Olympic Stadium in PyeongChang for the 2018 Winter Games was already scheduled for demolition before the 2018 Games even began. Beijing’s 2008 Bird’s Nest Olympic Stadium costs the city $11 million a year to maintain, and most of the seats are now unused. Most famously, in Rio, many of the facilities are broken and uncared for, and no one wanted to buy any of them.

Finally, the Olympics can be inconvenient for the residents of the host city and country, or even force people to move. According to Clift and Manley, “To make way for Beijing’s 2008 Olympic infrastructure, an estimated 1.5 million people were forcibly evicted from their homes with minimal compensation. The neighbourhoods were destroyed and residents removed to the outskirts of the city far from friends, family and places of work.”

In this episode of Thinking in English, I have introduced some basic information about the 2020 Tokyo Olympics, discussed why they are so controversial, and ended by introducing more general arguments about the benefits and negatives of hosting the Games. What do you think? Do you think Tokyo 2020 should have been postponed again? Or even cancelled? DO you think Japan is taking a risk? What would you think if your city hosted the Olympics? Would it be beneficial? What should happen to the stadiums and facilities after the Olympics are finished?