90. Should the Weekend be Longer?: The Four Day Working Week (English Vocabulary Lesson) 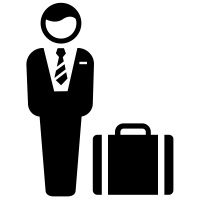 Have you ever thought about why you work 5 days a week? Or 8 hours a day? Why are weekends only two days long? Research suggests that there could be real benefits to reducing employees working hours and shortening the working week. This episode is going to look at the history of working hours, and then discuss whether it would be better for everyone if our weekends were longer, and the time we spend in the office is reduced.

(If you can’t see the podcast player CLICK HERE to listen!!!)

Children and the elderly are entitled to cheap train tickets

Trade union (n) – an organization that represents the people who work in a particular industry, protects their rights, and discusses their pay and working conditions with employers

Productivity (n) – the rate at which a person, company, or country does useful work

Invoice (n) – a statement listing goods or services provided and their prices, used in business as a record of sale

Obstacle (n) – something that blocks you so that movement, going forward, or action is prevented or made more difficult

Money seems to be no obstacle

Output (n) – an amount of something produced by a person, machine, factory, country, etc

The area has an abundance of lakes, rivers and streams to swim in!

How many hours do you work a week? Do you feel like you work too much? Would you rather work less hours? How would working less affect your performance? If I had to guess, I assume that most people listening to this podcast work around 8 hours a day, five days a week. But have you ever thought about why you work to this schedule? Why do you need to work five days a week? Why do we have a two day weekend? What would happen if we worked less? The answers to these questions are actually really interesting. This episode is going to look at the history of working hours, and then discuss whether it would be better for everyone if our weekends were longer, and the time we spend in the office is reduced.

However, limited working hours and five day working weeks are a relatively new development. For most of human history, we worked when we needed to, wanted to, or were made to by land owners. In Christian Europe, Sunday, as the religious holy day, was usually a day when people would attend church instead of working. Actually, I say attend church, but often people would also do many non-religious events on Sundays. By the time of the industrial revolution in the UK and Western Europe, it became clear the people were not happy working long hours in factories six days a week. 19th century bosses eventually began to offer shorter working hours on Saturdays, or even the whole day off, to encourage workers to work hard the rest of the week. Trade unions and leading figures like Henry Ford (the founder of Ford motoring company) began to promote five day, forty-hour working weeks. And after a few decades, governments started to put it into law! In 1936, France put the 40-hour week into law, the USA followed with legislation in 1938 and 1940. In the OECD, essentially a group of rich countries, full-time workers spent 40.1 hour per week on average at work.

The purpose behind limited working hours and working weeks was to be fairer on employees. Without protection, workers could be forced to work too many hours, in unsafe conditions, and without being compensated fairly. For companies as well, these laws actually often made employees better workers – they were less tired, happier, and often more productive. Over the last fifty year, more and more countries have been following the European examples: China, for instance, only introduced five working days in 1995. So, overall, the idea of a five day working week, with around 40 working hours, is quite new. It has not been a permanent part of human history. For someone like me, who always likes to ask questions and think critically, I often ask myself, do we really need the concept of a working week anymore? What would happen if we had a three day weekend?

Well, this is actually a topic that has been in the news more and more over the years. A report released earlier this month covered a series of trials conducted in Iceland by the Reykjavik City Council and Iceland’s government between 2015 and 2019. These trials reduced the working hours of 3000 workers to 35 or 36 hours a week, but kept them on the same salary. Interestingly, the researchers discovered that despite employees working less hours, productivity didn’t fall. On the contrary, productivity actually improved in some places; for example Reykjavik’s department of accountancy reported a 6.5% increase in the number of invoices processed during the trial compared with a year before. Moreover, the workers who participated in the trial said they felt less stressed and healthier, and men started to spend more time doing housework and childcare (check out my previous episodes on housework and birth rates if you want to learn more)!

The trials in Iceland have been so successful that workers unions across the country pushed the government to introduce national legislation to reduce working hours, and now 86% of all workers in Iceland have moved, or can move, to shorter hour contracts. In other parts of the world, companies are also increasingly open to the idea of shorter working hours; or more flexible hours. In fact, Microsoft and American hamburger chain Shake Shack have also experimented with four-day weeks.  Britain’s trade union made four day working weeks one of their main goals a few years ago, while other trials have been held in Sweden and New Zealand.

Almost every trial results in happier, healthier, and more motivated employees! And people who work shorter weeks are always more productive. So, why don’t we change the way we work? Why don’t we work less hours? Well, there are some major obstacles and challenges in the way. First, workers may not choose to work less hours – especially if their pay or salary is reduced. In France, for instance, the full time working week was reduced to 35 hours in 2000, but workers on average worked closer to 40 hours a week as they were happy to take the extra salary and vacation allowances! Second, for people like me, a four day week doesn’t help me. I am a research student and occasionally do some freelance teaching online. Teaching online, especially the way I do it, is part of what is called the gig economy. I have no salary; instead, like delivery drivers and other gig economy employees, I get paid only for the hours I work. So reducing my hours would reduce my earning considerably! Unfortunately, when people think about issues such as work/life balance, they tend to be thinking of white collar workers (professionals on fixed salaries). For people who are paid per hour, reducing the working week could have serious negative consequences.

Third, businesses and companies might also be reluctant to allow workers to work less hours. While workers are more productive if they work fewer hours, overall output may actually fall because people are working less hours. Let me try to explain. Let’s say we have a normal factory worker who works 40 hours a week. He can make 10 products an hour. So that means he makes 400 a week! Now we reduce his hours, and he becomes more productive. Now he can make 10.1 products an hour, but he only works 35 hours a week. So, although he can make more products every hour, overall he will only  make 353.5 products a week. This is not desirable for businesses, the government, or the economy!

While there are challenges, many people still think it is worth the change! Although it may not boost the economy, it will improve many people’s lives. They will be healthier and happier. Furthermore, if companies are prepared to make changes in the way they work, then reducing hours could be really successful. Microsoft Japan ran a trial in 2019, and by reducing meetings and encouraging online meetings, sales per employee increased by 40% on average. A few years ago, if we had been talking about changing the way we work it would seem like a fantasy situation. However, the pandemic has changed the way we work massively. It has made it clear that new ways of working are possible, and companies can be flexible. So, perhaps, reducing working hours doesn’t seem as crazy as it used to!

The famous economist John Maynard Keynes hoped that one day we would live in an “age of leisure and abundance,” when technology is so advanced that workers will need to only work 15 hours a week and the biggest challenge facing people would be how to spend their free time. Do you think this will ever be possible? Or do you expect to keep working 5 days a week for the rest of your life? What is working life like in your country? DO you come from a culture that works too much, or a culture that prioritises free time?

One thought on “90. Should the Weekend be Longer?: The Four Day Working Week (English Vocabulary Lesson)”

One thought on “90. Should the Weekend be Longer?: The Four Day Working Week (English Vocabulary Lesson)”