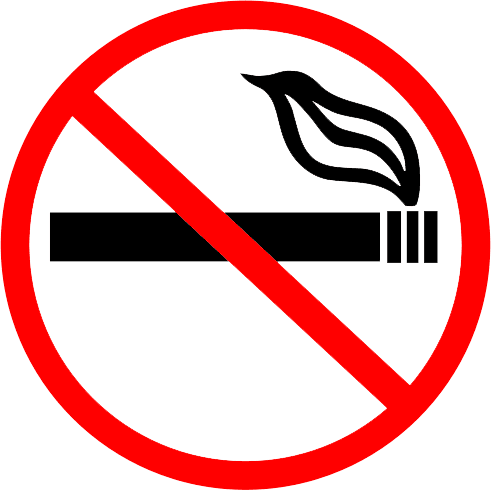 New Zealand recently announced a complete ban on cigarette sales for future generations. People born after 2008 will never be able to buy tobacco products in the country. Is this a good idea? Should other countries ban cigarettes? Or are there problems with such an approach? Let’s discuss this and more on today’s episode of Thinking in English!

124. Who was Desmond Tutu?: The Life of an Extraordinary Man Explained!! (English Vocabulary Lesson)

Answering Your Questions!! The Future of the Podcast, How to Use the Word ‘Bloke,’ and Where do I Live!

Upside (n) – the advantage of a situation

It’s annoying that I can’t go on vacation this year, but the upside is that I can save up money to go somewhere more expensive next year

The prevalence of obesity is increasing in children

Ubiquitous (adj) – seeming to be everywhere

To enact (v) – to put something into action, especially to make something a law

The government has failed to enact any serious environmental laws

To authorise (v) – to give someone official permission to do something

Accompanying (adj) – appearing or going with someone or something else

Take (something) with a pinch of salt (idiom) – to not completely believe something that you are told, because you think it is unlikely to be true

Craving (n) – a strong feeling of wanting something

I have a craving for chocolate

As someone who has never smoked, and has no smokers in my family, I’ve never really understood smoking cigarettes or other tobacco products. It seems expensive and unhealthy, with very little upside or positives. However, for millions of people around the world, smoking is a big part of their daily routines.

According to respected medical magazine the Lancet, there were 1.1  billion smokers in 2019. Although the prevalence of smoking has fallen since the 1990s, the actual number of smokers has risen due to population growth. Moreover, in 2019 tobacco smoking directly caused 7.7 million deaths around the world, while leaving millions more suffering with disease and illness.

As a highly addictive and dangerous substance, should we prohibit the use of tobacco? And if so, how can we ban such a popular and ubiquitous drug?

At the end of 2021, New Zealand announced its plan to do just that – to ban the sale of tobacco. In the next few years, anyone born after the year 2008 will be unable to buy tobacco products including cigarettes, loose tobacco, and cigars throughout their entire lifetimes. Effectively, the minimum age for purchasing tobacco will increase every year, leaving future generations always too young to buy such products.

In addition, New Zealand will restrict the number of shops able to sell tobacco – after the law is enacted, New Zealanders will no longer be able to buy cigarettes from supermarkets and corner shops. Overall, the number of shops authorised to sell tobacco will reduce from 8000 right now, to less than 500. Furthermore, New Zealand will also work towards lowering the nicotine levels in cigarettes to make them far less addictive.

New Zealand’s reforms have been described as “world leading” by doctors and health experts. The goal is to decrease the number of smokers in New Zealand to just 5% of the population by 2025. According to the country’s Health Minister Dr Ayesha Verall, they “want to make sure young people never start smoking.” Targeting young people – and stopping young people from ever picking up a cigarette – is of critical importance.

According to the Lancet study I already cited, 83% of all smokers begin regularly smoking between the ages of 14 and 25. Many existing policies around the world have focused on helping people quit, stop smoking, or change to less harmful products like nicotine chewing gum – New Zealand’s outright ban marks a unique reform. Only Bhutan, a country with a complete ban on tobacco, has stricter policies.

Many experts, doctors, and health officials in other countries will now be looking towards New Zealand to see how successful the policies will be! If it is successful in dramatically reducing the number of smokers in the country, then New Zealand will be an excellent example and template for other countries to model their own policies and efforts. Research suggests that a ban cannot be successful without accompanying reduction measures – this is why New Zealand has also announced policies limiting tobacco retailers and high nicotine cigarettes. However, as with any situation in which you are the first to do something – you never know what is really going to happen.

In fact, New Zealand became the third country in the world to pass an indoor smoking ban in 2004. Smoking is banned in most public places, and there are no tobacco related advertisements. 13.4% of adult New Zealanders smoked in 2019-20, compared to 18.2% in 2011-12. Some online rankings already place New Zealand in the top five countries with the lowest percentage of smokers in the entire world. In larger federal countries including the USA, smoking bans and policies tend to be decided not by the central government, but by lower level officials in State, Prefecture, City, or even town governments. However, even if similar reforms would be difficult to implement everywhere, successful policies in New Zealand would help to stimulate conversations and provide models around the world!

Obviously, New Zealand is not the first country to try to stop people smoking. As someone who has lived in a few different countries, the differences between cigarette selling around the world is massive. I currently live in Japan, where you can smoke inside, can buy cigarettes in vending machines on the side of the road, and the average pack costs about $4.

However, I come from England – you can never see cigarettes in shops, the packs are covered in disgusting pictures of tobacco related illnesses and have no branding, smoking has been banned inside since I was a child, and high taxes make the average pack of cigarettes over $12. Yet, even with high taxes, health warnings, and restrictions, people still smoke.

Some have even criticised New Zealand’s plans. A recent Economist article lists numerous problems with the reforms. For example, cutting the amount of nicotine in cigarettes is supposed to make them less addictive – but low nicotine can actually make people smoke more to fulfil their nicotine cravings. And, importantly, nicotine is not the most dangerous chemical in cigarettes – diseases tend to be caused by tar, smoke, and other harmful additives.

Moreover, banning a popular substance can have unintended and serious consequences. The USA banned alcohol at the beginning of the 20th century under a policy called prohibition – and the market was taken over by gangsters and criminal gangs including the infamous Al Capone. The War on Drugs today has created powerful cartels and gangs all around the world. When something popular is banned, criminals take over and quality suffers as there is no official regulation.

Of course, New Zealand is unlikely to completely collapse to criminal tobacco gangs in the same way some South American countries struggle with cocaine cartels – however, in 2019, 10% of country’s Tobacco was already illegal due to high prices. The ban will make 100% of the country’s tobacco illegal in the future.

This episode of Thinking in English has looked at New Zealand’s recent decision to ban cigarettes for future generations. The decision has been taken to stop young people from smoking and increase the health of the country – especially amongst Maori minorities who are most likely to smoke. Observers around the world will now look to New Zealand to see how successful they are, and may choose to follow New Zealand’s example if less people start smoking.

Even if you smoke, I’m sure you realise that it is an expensive and rather pointless activity, that can harm not only yourself but the people you smoke around. I think it is perfectly acceptable to restrict smoking through high taxes, and I even support New Zealand’s ban. But many people are concerned that demand for cigarettes will lead to a dangerous and unregulated black market in the country.

A few weeks ago, I asked my Instagram followers what they thought of this story, and 88% of respondents believed that New Zealand’s policy is a good idea. Do you agree? Should we ban smoking for future generations? Do you think bans can be successful? Or are there other ways to stop people smoking? What is the situation regarding tobacco in your country?