124. Who was Desmond Tutu?: The Life of an Extraordinary Man Explained!! (English Vocabulary Lesson) 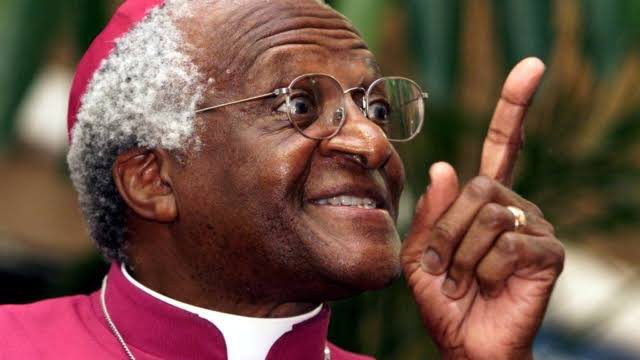 On Sunday the 26th of December, Nobel Peace Prize laureate, South African anti-apartheid activist, and one of the world’s most loved religious leader, Archbishop Desmond Tutu, sadly passed away at the age of 90. Today, I want to explain to you all a little bit about his life, what he did, and why he became one of the most respected, revered, and well known international figures.

Answering Your Questions!! The Future of the Podcast, How to Use the Word ‘Bloke,’ and Where do I Live!

121. How to Start Your Own Country!!! (English Vocabulary Lesson)

We spent the afternoon wandering around the market stalls

Segregation (n) – the state of keeping groups of people separate due to race, religion, sex, etc

The policy has been criticised for allowing racial segregation

Discrimination (n) – treating a person or group of people differently, especially in a worse way from the way in which you treat other people, because of their skin colour, sex, sexuality, etc

Routinely (adv) – used for describing what often or usually happens

He was subjected to a terrifying ordeal

The suffragette movement campaigned for votes for women

To advocate (v) – to publicly support or suggest an idea, development, or way of doing something

To preside (v) – to be in charge of a formal meeting, ceremony, or trial

The judge presided over the official enquiry

To pardon (v) – If someone who has committed a crime is pardoned, that person is officially forgiven and their punishment is stopped

As a young teenager, I remember visiting London for one of the first times with my mum. After wandering around the British museum, we went to a second hand charity bookstore close by to the museum. That area of London is mainly inhabited by university students and staff (I actually ended up studying at part of the University of London right next to the British Museum), and so many of the books available in the second hand store were more advanced and interesting than I had ever experienced before.

I picked up books like Nelson Mandela’s Long Walk to Freedom, Chinua Achebe’s Things Fall Apart, and Lech Walesa’s Struggle and Triumph which introduced me to a whole new world of political activism and people’s struggles. One of the most influential books I found in that shop was Desmond Tutu’s No Future Without Forgiveness.

Desmond Tutu, for those of you who don’t know, is best remembered for his leadership in the fight against South African apartheid. I think I mentioned apartheid in a few recent episodes, but to summarize a really complicated thing – Apartheid was the government policy that controlled relations between South Africa’s white minority and non-white majority for much of the 20th century, allowing for racial segregation and political and economic discrimination against non-white citizens.

The South Africa that Desmond Tutu grew up in was the apartheid South Africa. As a black man, the colour of his skin was given cruel significance by the government and caused him to be treated differently than white South Africans. Black South Africans were not considered citizens of their own country; they couldn’t vote in elections; they were not allowed to enter white areas of cities; and they were only provided with terrible education.

In fact, interracial marriages were illegal – black people and white people were not allowed to be together at all. I’d recommend reading Trevor Noah’s excellent book Born a Crime. Trevor Noah is a South African comedian and host of the Daily Show in the US, who had one white and one black parent – meaning his birth was literally illegal.

Black South Africans who resisted and protested against the cruel and unfair treatment they experienced were routinely beaten, imprisoned, and even executed. Desmond Tutu, however, was not deterred. He used his voice to advocate for the millions of black South Africans living in poverty and subjected to injustices. And while some activists were picking up guns and weapons to fight for their cause, Mr Tutu followed in the path of other religious peace activists including Mahatma Gandhi and Martin Luther King, in promoting non-violent resistance. One famous example of his non-violence was during a 1985 funeral for four black young people killed by the police, when the gathered crowd and prepared to kill a man they accused of being an informer Desmond Tutu stepped into the angry group and saved him.

In 1962 he left South Africa to continue studying religion in London. For the first time, he did not live under apartheid. While of course London was not free of racism in the 1960s, young Desmond no longer needed to carry his ID or worry if he was using a bathroom or bus just for White people. In 1975, he became the Anglican bishop in the country Lesotho and in 1977 returned to South Africa as the secretary general of the South African Council of Churches.

As a senior official in the church, Tutu had some level of protection from government policies. And as the majority of anti-apartheid activists and leaders were in prison, Tutu became one of the most important figures in the movement and the leading spokesperson for black South Africans. In 1984 he was awarded the Nobel Peace Prize for drawing attention to apartheid’s discrimination. Still, South Africa was an apartheid country. In fact, when he became the Archbishop of Cape Town, the government asked him to apply for the status of “honorary white” as the Church was located in an area just for white people.

Desmond Tutu used his religion, his Christianity, instead of guns or knives as a weapon in the fight against apartheid. He advocated not just for the freedom of his own people, but for the equality of all South Africans regardless of their race. In fact, he often talked about apartheid was spiritually and politically dangerous to South Africa’s white population – he wrote that “Whites, in being those who oppress others, dehumanized themselves.”

However, while Tutu prayed for the wellbeing of those in opposition to him and preached forgiveness, he also believed that his opponents had chosen an evil path. Tutu perhaps summarised his efforts best when he stated: “All we are asking you to do is recognise that we are humans, too.” His actions, however, resulted in him being tear gassed, arrested, his passport being cancelled, and criticised even by his allies for suggesting non-violence.

In the end, Desmond Tutu’s ideas for the end of apartheid came true. Rather than armed struggle or communist uprisings, it was economic sanctions, moral criticism, and non-violent protest that helped bring an end to South Africa’s racist governments. Along with millions of other black South Africans, Desmond Tutu voted in his first election in 1994 – a sign that his struggle had been worth it.

However, Desmond Tutu did not stop and retire at the end of Apartheid. Instead, he presided over the Truth and Reconciliation Commission – the committee set up to document and expose the crimes of South Africa’s white led governments. It was a display of restorative, not retributive justice – in other words, rather than punishing people involved in crimes, they were pardoned for providing their stories and experiences and victims were compensated.

Certainly, this style of justice is not without criticism. Many of the senior figures in South Africa’s apartheid governments, the one’s who gave the orders to the police and security forces, were not the one’s who confessed to their crimes, while senior members of the new government also refused to cooperate. Nevertheless, it helped to reveal the truth about apartheid!

Moreover, while he was a major supporter of Nelson Mandela, Tutu has also been a vocal critic of more recent politicians in South Africa and the whole continent in general. He complained that the African National Congress policies were only helping the elite South Africans, leaving the majority of black South Africans impoverished. He even described the government of Jacob Zuma as “worse than the apartheid government because at least you were expecting it with the apartheid government.”

Outside of South Africa, Tutu visited parts of Rwanda after the genocide, and describe Zimbabwe’s Robert Mugabe as a caricature of an African dictator. He travelled the world, campaigning for the end of conflicts in Israel-Palestine, Burma, Iraq. He criticised the US’s illegal detention and torture of suspected terrorists in Guantanamo Bay, and most recently publicly asked Myanmar’s Aung San Suu Kyi to help the countries Rohingya minority. Tutu’s campaigns for equality even extended to supporting gay Christians rights within the church. As Tutu said in 2006,  “Opposing discrimination against women is a matter of justice. Opposing discrimination on the basis of sexual orientation is a matter of justice.”

In this episode of Thinking in English, I have tried to introduce the life of Desmond Tutu. He was a religious leader, a political activist, and an opponent of injustice across the world. Perhaps Nelson Mandela summed Tutu up best: “Sometimes strident, often tender, never afraid and seldom without humour, Desmond Tutu’s voice will always be the voice of the voiceless.”