198. Who was the Richest Person in History? (English Vocabulary Lesson) 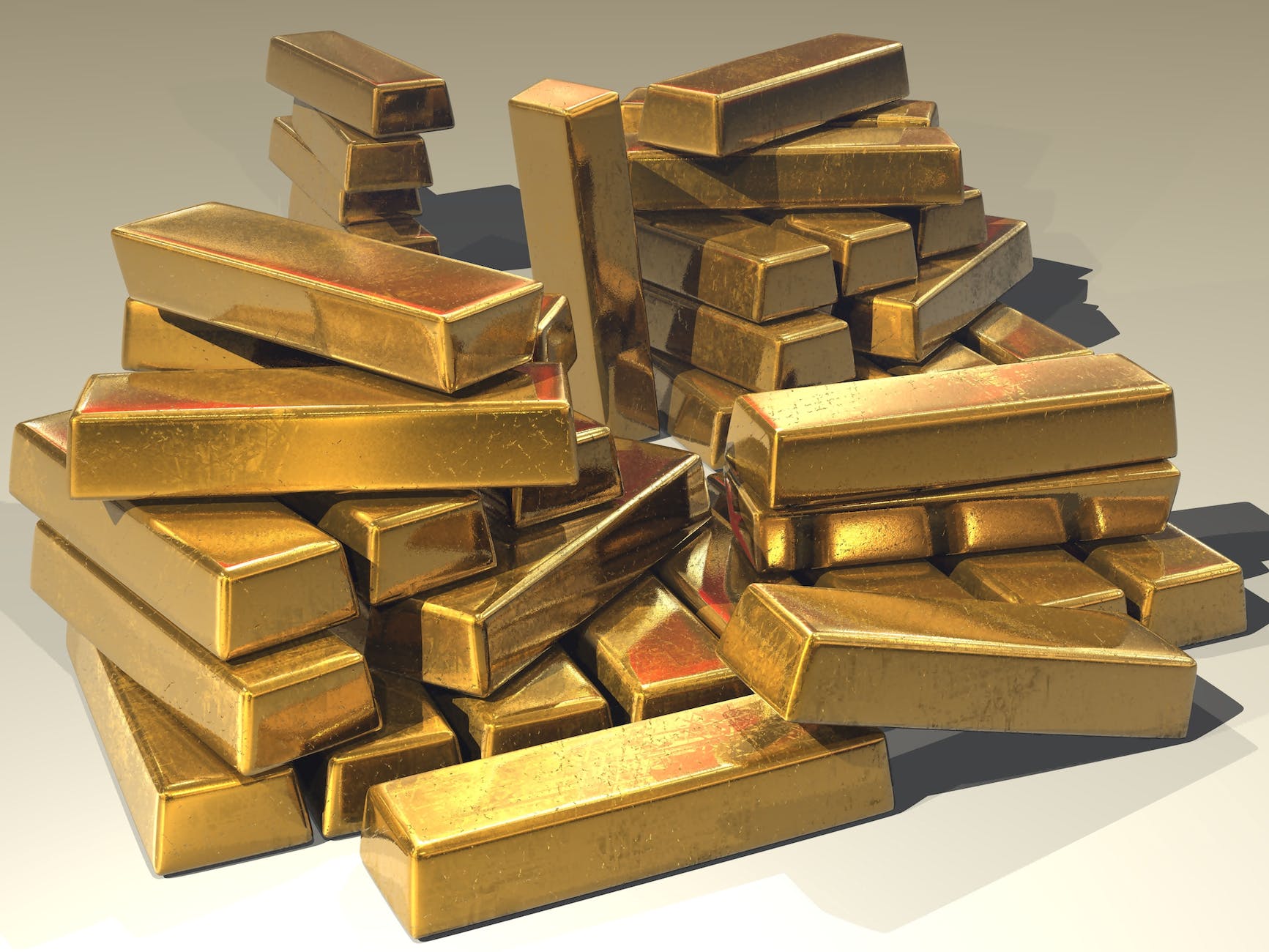 Who was the richest person in history? Today I want to tell you all about an African Emperor who had levels of wealth considered unbelievable and incomprehensible! Let’s learn while practicing our English!

If You Can’t See the Podcast Player CLICK HERE!!

Net worth (n) – the ​value of the ​assets (= property and money)​ that a ​person or ​business has, after any ​debts are taken away

During a successful business career, she accumulated a great amount of wealth

What is the value of the prize?

To estimate (v) – to guess or calculate the cost, size, value, etc. of something

They estimate (that) the journey will take at least two weeks

The student’s essay was almost incomprehensible

From head to toe (idiom) – completely covering your body

The dog was covered in mud from head to toe

Generous (adj) – willing to give money, help, kindness, etc., especially more than is usual or expected

He was a very generous man

Renowned (adj) – famous for something

The region is renowned for its outstanding natural beauty

Last year, I wrote an article about Elon Musk. He was the richest person in the world. In November 2021, at the peak of his wealth, Musk was estimated to be worth $340 billion.

As well as Tesla, Musk owned SpaceX, Neuralink, the Boring Company, and had previously earned millions from investments in early internet companies like PayPal. He was the richest person in the world.

Now, at the beginning of 2023, Musk is no longer the richest person in the world. In fact, he has lost the highest amount of wealth in history. He is the first person to ever lose $200 billion in wealth – today, the Bloomberg Billionaires Index estimates his worth as $137 billion.

Now, it is important to point out that Musk is still the second richest person on the planet (behind Bernard Arnault). He is by no means unsuccessful. But losing $200 billion in wealth in 1 year is impressive.

Why did Musk lose so much wealth in 2022? The main reason is that the value of Tesla fell 65% last year. People have always questioned Tesla’s high stock prices and value. In fact, in a very early episode of the podcast I discussed this exact topic – is Tesla really worth more than all other car manufacturers? How could the company be worth more than the next 10 largest car manufacturers combined despite producing a small number of cars?

The value of Tesla, which gives Musk most of his wealth, reduced – and this caused Musk’s net worth to fall. Moreover, his purchase of Twitter for $40 billion also affected him.

After reading about the vast amounts of money earned and lost by the world’s billionaires over the past year, it made me think. Who was the richest person ever? Was Elon Musk, at the peak of his wealth, the richest man to ever live?

The answer is, “probably not.” There are many people throughout history who could claim to be the richest person ever, but today I want to focus on one of the most famous candidates. This individual had levels of wealth considered impossible to describe.

First, we need to think a little about wealth. What does it mean to be rich? This could be a podcast topic on its own (and probably will be one day).

For modern billionaires, companies like Bloomberg or Forbes do a lot of calculations and research to estimate wealth. I’ll leave a link to Bloomberg’s methodology here. In simple terms, they try to discover everything that a billionaire owns (their assets) and put a value on those things. It is a lot more complicated than that… but I’m not an economist!

This is why Elon Musk’s net worth plunged last year. He owns Tesla, a very valuable company. When Tesla becomes less valuable, Musk’s wealth goes down! When it becomes more valuable, it goes up!

But how do you estimate the net worth of people living in the past? It is not an easy task. You have to take into account the value of the things they owned at the time and adjust these estimations in our modern currencies.

And there have been some incredibly wealthy individuals. Augustus Caesar, emperor of Rome, is estimated by many to be the richest person in history – his personal wealth (if you include the value of his empire) was enormous. Other emperors, like Emperor Shenzong of Song China, Genghis Khan, and King Solomon of Israel are rumoured to have been trillionaires by modern standards.

But today, I want to talk about another candidate for the title of richest person ever – Mansa Musa.

If you search “richest person to ever live” in Google, you will likely find the name Mansa Musa. His wealth was “incomprehensible” and “indescribable.” He gave so much gold away as gifts on a trip that he caused recessions and crises across North Africa. That’s right… he gave away so much gold that he accidentally ruined economies.

Who was Mansa Musa?

Mansa Musa lived around 700 years ago in the 14th century. He was the ruler or sultan of the Mali Empire in West Africa. “Mansa,” in the Mandinka language literally means emperor or sultan.

Europe in the 14th century was struggling – wars and other problems damaged Europe’s economy. Mali, on the other hand, was thriving!

Mansa Musa’s family was the ruling dynasty, the ruling family, of the region.  Musa’s older brother became leader of the country first. His name was Abu-Bakr. Abu-Bakr, however, had bigger ambitions than being the leader of Mali. He wanted to cross the Oceans.

Mansa Abu-Bakr abdicated the throne in the 1312 and took 2000 ships on an expedition across the Atlantic Ocean. He never returned.

Why was Mansa Musa so Rich?

Mansa Musa replaced his brother as ruler. The Kingdom of Mali was already an incredibly wealthy place. It was probably the largest gold producer in the entire world, owning around half of the total supply around the globe.

In the years after taking over leadership, Musa managed to expand the Kingdom’s influence, grow their economy, and increase the country’s wealth. In particular, he worked to increase the trade routes in the West African region, sending gold, salt, and elephant ivory across the continent.

Mali’s empire also grew under his reign. It has been reported that under Musa, Mali never lost a war or battle. He took over new cities and territories (including the famous city Timbuktu). In fact, it has been suggested many cities wanted to join the Mali Empire as it was so powerful and wealthy. Eventually, the Kingdom spread across West Africa from the Atlantic Ocean to the Sahara Desert. Modern day countries including Senegal, Niger, Nigeria, Mauritania, Chad, and Guinea all were part of his empire!

His ownership of half of the world’s gold, as well as highly valuable salt and ivory was a key part of Musa’s wealth. His land was extensive, and Musa controlled some of the most important trading routes in the world.

It is difficult to estimate the wealth of a person from past. Historians, however, suggest that today Mansa Musa would be worth between $400 and $500 billion – an incredible amount.

One of the most famous stories concerning Mansa Musa is his pilgrimage to Mecca. Musa was a devout and committed Muslim and decided to visit the holiest site in Islam in the year 1324 for his Hajj pilgrimage.

Musa travelled to Mecca in style. The trip from Mali involved crossing the continent and deserts of central Africa. He used it as an opportunity to demonstrate his power, wealth, and influence.

Records suggest that Musa did not travel alone… but with 60,000 people. 60,000 people! Soldiers, royal officials, servants, and slaves made the journey. The Malians wore the finest and best silk clothes and gold jewellery. Even the slaves were covered from head to toe in gold. Musa brought hundreds of camels across the continent, each carrying bags of pure gold.

After crossing the Sahara Desert, the travellers reached Egypt. In the city of Cairo, the Malians gave out generous gifts of gold across the city. They bought products in the cities markets, gave out gold to homeless and poor people, and gave presents to the royal family in Cairo. For Mali, the gifts were a demonstration of their power and resources.

But for Egypt, and the Egyptian economy, the gifts were damaging. Musa spent and gave away so much gold in the country that he caused the value of gold to drop in the region. If you are familiar with the economics, you will know that the supply or amount of a resource available is related to its price.

As there was now so much gold in the Egyptian economy, the value of the metal dropped. Musa’s spending caused massive inflation and resulted in an economic crisis that lasted for over a decade.

After returning to Mali, Musa dedicated his life to improving and rebuilding the cities and quality of life in his Kingdom. Musa is known for his commitment to architecture, arts, religion, and academics.

He hoped to turn his land into a centre for learning and study. He built new cities and buildings, libraries and schools. Timbuktu became a world-renowned city of education, culture, and knowledge. He brought scholars from the Middle East to teach and consult. He hired one of the most famous architects from Spain (which was Islamic at the time) to work with him in Mali.

The stories of Musa were known outside of Africa and the middle east. He was pictured in the 1375 Catalan Atlas – the image showed him holding a gold.

In 1337 Mansa Musa passed away. Although his family took over, the empire couldn’t last without his leadership and influence.

Musa’s wealth was inconceivable. No person alive today has come close to the resources or power controlled by him and his empire!

Who was the richest person ever? Today I’ve highlighted the life of Mansa Musa – an African King who had indescribable levels of wealth.

He controlled natural resources, large amounts of land, and built schools and libraries across his territory. Only other great emperors of China, Rome, Mongolia, and India are likely to have a higher level of wealth than Musa!

What do you think? Have you heard the story of Mansa Musa before?