101. What are Illegal Names?: Why some countries regulate names! (English Vocabulary Lesson) 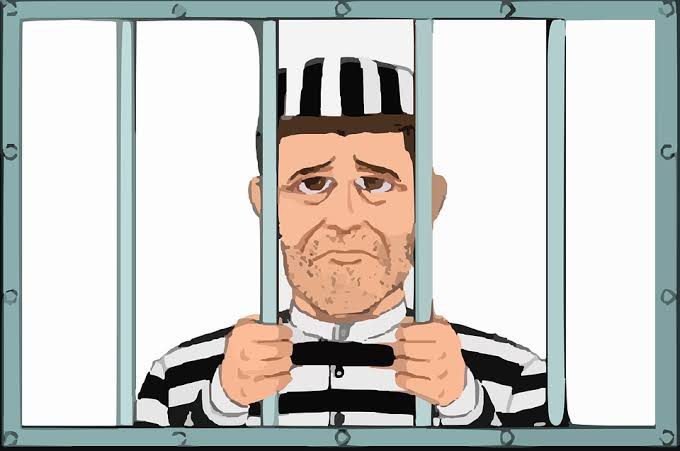 Have you ever thought about names? In different countries and cultures, names can vary considerably. In fact, some places even ban or regulate the names parents can give their children. So, on this episode of Thinking in English, let’s look at some of these illegal names and try to understand why some countries regulate babies’ names!

Convention (n) – a usual or acceptable way of behaving, especially in social situations, often following an old way of thinking or a custom in one particular society

Combination (n) – a result of two or more things joining together

Composite (n) – something that is made of various different parts

Their parents regulate how much TV the children can watch

I can’t justify taking another day off work

Offensive (adj) – something that makes people upset or hurts feelings, often due to being rude or showing no respect

The programme contain language that some viewers might find offensive

To discourage (v) – to prevent or try to prevent something happening or someone doing something, by making things difficult or unpleasant, or by showing disapproval

The government is trying to discourage people from smoking

I had an unconventional childhood

The International Covenant of Civil and Political Rights, or ICCPR, is one of the most important human rights documents and is agreed upon by every member of the United Nations. Among the many fundamental human rights guaranteed by the document, Article 24 states that every child shall have a name. You might not have thought about this before, but you have the fundamental right to have a name; everyone does! Just like the freedom of speech, freedom of assembly, rights to live and work, a person must have the right to a name.

The idea of having a name may seem simple, but naming conventions actually vary considerably between different countries and cultures. In Western European and North American societies, most people have a given name (sometimes called first name, forename, or Christian name), in combination with a surname (also known as a last name or family name). People may also have middle names but they are not often used unless their first name is overly common! In other cultures, children may be given numerous names when they are born which are equally important. In Costa Rica, and many other countries, children within the same family may be given the same first name which means middle names become increasingly important and needed in everyday speech. The dominant naming convention in Arabic culture connects a person’s given name with a chain of names, starting with their father’s name, then their father’s father’s name, and so on until reaching the original family name.

In places like Portugal and Spain, most people actually have two first names and two surnames which come from their mother’s and father’s family names. In parts of Nigeria, children will be given three names: a personal name, a praise name which reflects the hopes of the parents for their child’s life, and a family name. In Bali children may be named depending on the order of their birth (like Komang for the third born child) and surnames are not used in formal documents. Iceland has some of the most unique naming conventions in the West – the Icelandic surname is a composite of a parent’s first name (usually the father’s) followed by either the addition of ‑sson if they are a man or ‑sdóttir if they are a woman. A man called Björn Jónsson could name his son Hafthór Björnsson, but the son will tend to be addressed by his first name most of the time. The telephone directory in Iceland is unique as it is organised by first name and uses professions to help distinguish between people of the same name.

While in some parts of the world names are permanent, in other regions they can change throughout life. People may be renamed for reaching certain life events (such as reaching adulthood or converting religion) or for other reasons. One of the more famous examples of people changing names comes from China, where it is common for people to choose a western name at school, university, or work. Names in Asian countries tend to be written with the family name first, and sometimes people are addressed primarily with their surnames. Nicknames can also be essential in other parts of the world: I have some Thai friends who tend to use a short nickname which is used far more than their ‘real’ first names.

As we can see, names vary a lot around the world. Although there are a few isolated tribes that do not use personal names (at least not in the way we would understand), names are almost universal and guaranteed by human right documents. However, just because you have the right to a name, does not always mean that you can choose any name you want or that you can give your children any name you want! Some countries regulate names, and can actually be quite strict! Let’s look at why some countries have strict rules around what name you can have, and talk about some examples.

One of the most famous examples of an illegal name from the last decade comes from Iceland. In fact, Iceland has some of the strictest rules regarding names in the entire world. Parents must choose a name from a list of 1,853 female names and 1712 male names, or they have to seek special governmental permission. Compare this with the UK, where 62000 different names were registered in 2018 alone. The famous Icelandic case focused on a 15 year old girl called Blaer. Blaer, which means “light breeze” is considered a male name and is therefore officially banned in her country. Therefore, for her entire childhood she had no official name on government documents like her passport, and instead was simply referred to as “Girl.” Although she eventually won a court case to keep her name, it demonstrated how strict some countries’ rules for names can be.

So, why do some countries regulate names?   In the case of Iceland, it is justified due to certain rules of grammar and gender, and saving the child from embarrassment. Moreover, it is also common for the government to insist that a child’s name be possible to write in Icelandic. Iceland is not alone, however: places like New Zealand, Germany, Spain, Portugal, Denmark, Norway, Sweden, Morocco, Japan and Malaysia, all have baby naming laws. In Scandinavian democracies like Sweden and Norway, these rules are designed to protect the child’s well-being and reputation – in simple terms, to stop parents from giving their children offensive or embarrassing names.

Japanese local authorities are allowed to reject names if they consider that name to be inappropriate_ in 1993, for example, the name Akuma meaning devil was rejected. Germany prevented a Turkish family from naming their child Osama Bin Laden for similar child welfare reasons. Germany also bans names that do not have a clear gender, or could also be a surname. This is very different from English speaking countries, where people often have first names that could be surnames, and surnames that could be first names: the British actor Joe Thomas and TV presenter Jason Mohamed are both examples.

Other countries also limit names, but for less commendable reasons. Morocco famously banned ethnic Berber names for many years, while Algeria still limits Berbers to a choice of only 300 names. In the past, Turkey banned Kurdish names and names using non-Turkish grammar like the Armenian suffix “-ian.” Post-revolution Iran banned Western names and discouraged traditional Persian ones. China bans names including Muhammad or Islam in its Xinjiang-region. However, it is important to mention that other places in the world are getting more liberal in their naming policies. Tunisia ended a ban on ‘foreign names’ last year; Turkey stopped their policies in 2003; and Israel stopped giving new immigrant Hebrew names in the 1990s.

On the other hand, the US and the UK tend to have much more liberal naming conventions. It was actually surprising to find out that other countries restrict names! In the USA, parents sometimes see the right to give any name as an important expression of their freedom of speech. While it is often thought that weird names are a modern thing, this is not the case. In the 19th and 19th century, American records show people were named King’s Judgement, Noble Fall and Cholera Plague. There have been 20 people named Noun, 458 named Comma, 18 called Period but only one called Semicolon. Elon Musk recently named his child a strange combination of numbers and characters which I cannot pronounce. A lot of parents say they want their kids to be unique, but children with unusual names tend to get a lot of abuse at school.

This episode of Thinking in English has looked at names, and in particular illegal names. Some countries choose to regulate the kinds of names that their citizens and residents can give to their children. This may be out of concern for the child’s well-being, technological reasons, or even political rivalries. I believe that, in most cases, parents should be free to choose the name they want for their children. As long as the name is not offensive (like using the name of a terrorist and Nazi dictator), I think it is actually good to have a diversity of names. This is because our countries are increasingly diverse, so our names should be too! How about you? What do you think? Do you know anyone with a weird, unconventional, or untraditional name?

2 thoughts on “101. What are Illegal Names?: Why some countries regulate names! (English Vocabulary Lesson)”