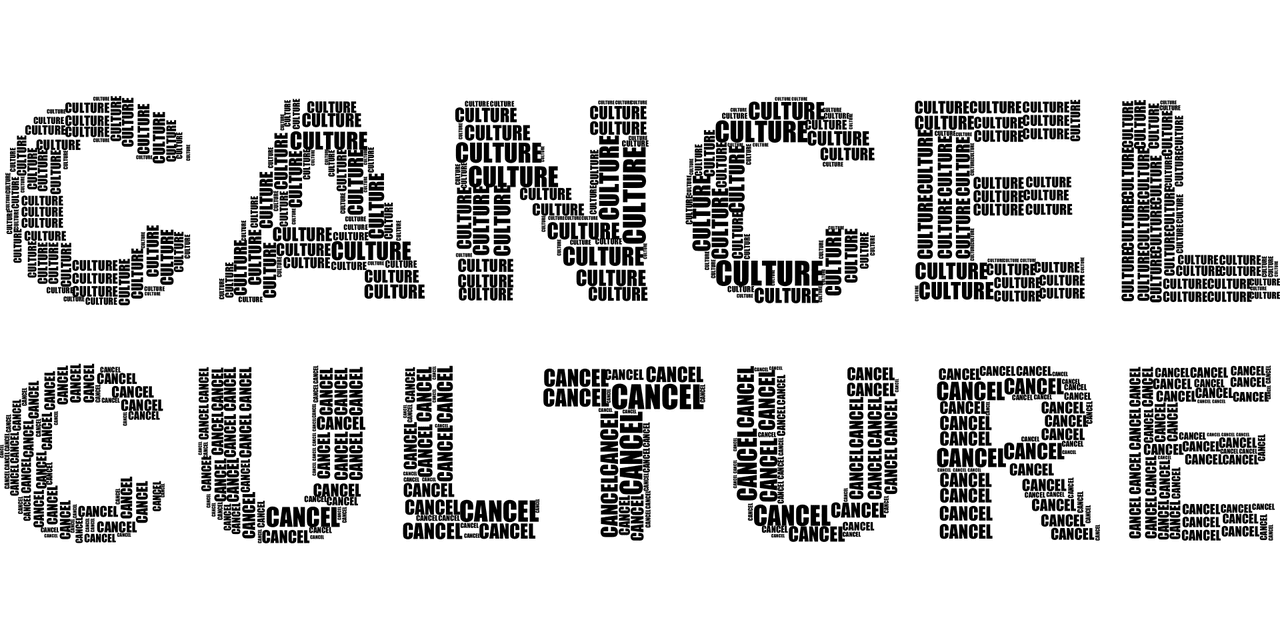 If you spend much time online, on social media, or watching American news channels, you have probably come across the phrase ‘cancel culture’ before. The phrase is almost inescapable and connected to many different events and situations. People have lost jobs, been forced to apologise, been kicked out of university, often for things that happened years earlier. But, what is ‘cancel culture’? And is ‘cancel culture’ good for society?

Inescapable (adj) – if a fact or a situation is inescapable, it cannot be ignored or avoided

The evidence is inescapable: he is guilty of the crime

There is an objectionable smell in the train carriage

Backlash (n) – a strong, negative reaction to something

People were urged to boycott the country’s products

Hold to account (v) – If someone is called, held, or brought to account for something they have done wrong, they are made to explain why they did it, and are often criticized or punished for it.

Politicians should be held to account for their actions

Accusation (n) – a statement saying that someone has done something morally wrong, illegal, or unkind, or the fact of accusing someone

What do you say to the accusations that you are unfriendly and unhelpful?

Instigator (n) – a person who causes something to happen, especially something bad

The instigators of the violence have not yet been found

Woke (adj) – to be aware, especially of social problems such as racism and inequality

Tolerant (adj) – willing to accept behaviour and beliefs that are different from your own, although you might not agree with or approve of them

Cancel culture, or sometimes callout culture, is the name given to the removal of support for an individual or their work due to some kind of opinion or action that is considered objectionable. People will use the verb ‘to cancel’ to describe this action. If a person is ‘cancelled’ it means they have been prevented from having a prominent public platform, continuing their career, or taking some kind of role.

Let me try to give you a basic example of a ‘cancel culture’ scenario. First, a celebrity or well known public figure does something terrible or says something offensive. This can be a recent thing, or it could be something that happened many years ago but has just been rediscovered. Next, a public backlash occurs, mainly on social media sites like twitter. People get angry at that celebrity and believe they should be punished for their actions. Following this comes calls to cancel the person – that is to say, to end their career or destroy their reputation either by boycotting their work (for example not watching an actor’s movie), pressuring organizations to cancel public appearances, or making their employer discipline them.

Most often the targets of ‘cancel culture’ are celebrities, social media stars, and political leaders. One of the most high profile examples is the actor and comedian Bill Cosby, who was found guilty in 2018 of assaulting more than 50 women. However, it is not just famous people at risk. An infamous example is a charity executive who tweeted an offensive joke about Africa just before boarding a long distance flight. As she was watching movies and sleeping on her flight to South Africa, she had no idea that her tweet had become ‘viral’ and by the time she landed she had been fired from her job due to the public backlash.

For many people, ‘cancel culture’ is an important tool. It allows ordinary people to hold powerful celebrities and well-known figures to account. And some people definitely deserve to be ‘cancelled’: for example celebrities who have assaulted people in the past. However, for other people ‘cancel culture’ is out of control and undemocratic. Democracies generally have laws and courts responsible for holding people to account, and people on social media shouldn’t have that responsibility. So, is ‘cancel culture’ good for society? I am going to introduce two sides to the debate and I want you to decide for yourself. Listen to my arguments, think in English, and try to understand your own opinion!

Let’s start with some pro-cancel culture arguments. First, it has been argued that ‘cancel culture’ can help people when the normal justice system fails. The justice system refers to courts, police, and maybe even company HR departments. A good example is the #metoo movement which allowed thousands of women to openly talk about the abuse they have experienced throughout their lives. In cases where the courts and HR departments failed to deal with workplace abuse, the new tactic of talking about harassment on social media allows people to still hold their abusers to account – especially if they are famous or powerful individuals! Historically, rich, famous, and powerful men have been relatively unaffected by accusations of abuse from women – Presidents, Oscar winners, high profile businessmen have all been accused of abuse. However, the women who accuse them have been described as liars or unreliable – cancel culture provides a way to combat this.

Second, cancel culture is said to give a voice to the ordinary people, or the less powerful. Young people, women, and minorities, are often at the main instigators of ‘cancelling’ campaigns: it is surely not a coincidence that these are the same people often ignored or treated unfairly by the legal system. Instead of relying on courts and police officers who have historically unfairly treated these groups, social media has allowed them to take an active role in discussions. Not everyone can afford expensive lawyers or talk with powerful people, but everyone can sign up for a Twitter account!

Third, some people argue that ‘cancel culture’ is simply a new form of boycott – a respected and powerful tactic that has been successful in bringing social change throughout history. In many ways ‘cancel culture’ is a cultural boycott – a campaign to not talk about, watch the content of, give money to an individual or their work. Boycotts have been associated with civil rights movements for a long time: the most famous is probably the Montgomery Bus boycott which started in 1955 after Rosa Parks refused to sit in the back of an Alabama bus. When a group of people has no chance of changing something through legal or political means, a tactic they can use is to refuse to participate – in other words, to boycott.

On the other hand, there are many people who argue that ‘cancel culture’ is actually a bad thing for society. For example, ‘cancel culture’ has been associated with online bullying and can cause real harm to the people being ‘cancelled.’ People in the past have been ‘cancelled’ due to single tweets. And while it is easy to hate a stranger online, without understanding the context of the tweet is it really fair to ‘cancel’ someone? Sometimes it resembles ‘mob justice’: where a group of angry people decide for themselves, without really using legal systems, that someone is guilty of something and needs to be punished. The result can be hundreds or thousands of people hating an individual online, sending horrific messages, death threats, and even leaking personal information. Sometimes the results of ‘cancelling’ can actually be worse than the ‘offence’ someone committed!

Next, it has also been argued that ‘cancel culture’ is not actually productive and does not bring about social change. In the words of Barack Obama, “Like, if I tweet or hashtag about how you didn’t do something right or used the wrong verb, then I can sit back and feel pretty good about myself, cause, ‘Man, you see how woke I was, I called you out… That’s not activism. That’s not bringing about change. If all you’re doing is casting stones, you’re probably not going to get that far. That’s easy to do.” Real social change only comes about from hard work, boring meetings, building real word campaigns: calling people names online doesn’t really do much. In fact, ‘cancel culture’ can actually do the opposite of what it intends: the alleged offender can actually become more popular. Comedian Louis CK, who was accused by a few different women, still sells out comedy shows; despite cancellations and documentaries about their crimes, the music of R Kelly and Michael Jackson is still incredibly popular; Kevin Hart was removed from the Oscars hosting job due to cancel culture’ but is still on of the worlds biggest actors and stand up comedians.

Third, ‘cancel culture’ has been described as a slippery slope. This idiom suggests that it is easy to slide back down the slope: in other words, ‘cancel culture’ can lead to people being less tolerant of others with different opinions or who disagree with their views. Some people argue that instead of cancelling people, we should be encouraging more people to tell their stories, to add inclusivity and complexity

On this episode of Thinking in English I have tried to introduce the topic of ‘cancel culture,’ and given different perspectives on the question ‘Is cancel culture good for society?’ Now, I am by no means an expert on this topic and I don’t pretend to be. However, I think everyone is entitled to their opinion (as long as they think about it first). For me, there are good and bad parts to ‘cancel culture.’ I think it is excellent that rich and powerful men can now be held to account, as for too many years they have been protected by legal systems. However, I also think we need to be careful in ‘cancelling’ someone just because they have different opinions to us!

What do you think? Is ‘cancel culture’ good for society? How would you interact with someone who has said something offensive? Do you think ’cancel culture’ silences opinions? Or does it actually allow more opinion to be heard?