8. Multiculturalism: A solution to the problems of diversity? 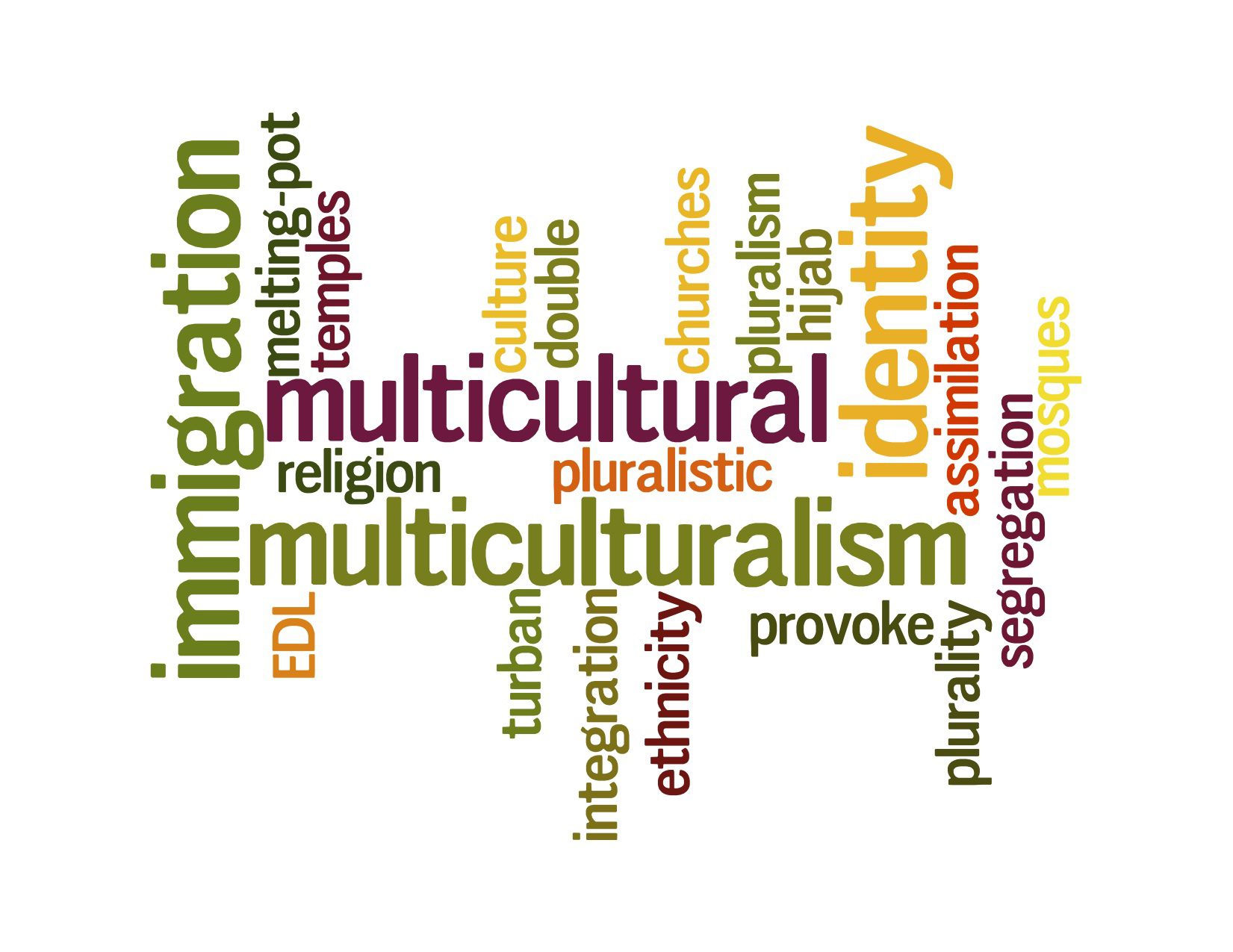 On today’s episode, we will discuss some ways different countries try to deal with immigrants. Some countries try to exclude immigrants from society, while others try to assimilate them. But could Multiculturalism be a better alternative?

Society (n) – the people who live in a particular country or area and their way of life and customs:

We live in a multicultural society

Desirable (adj) – worth having and wanted by most people

Medicine is regarded as a highly desirable career

The USA has a large immigrant population

exclusionary (adj) – causing someone or something not to be allowed to take part in an activity or to enter a place:

The police set up an exclusionary zone around the crime scene

The assimilation of immigrants into American culture has been a constant feature of US history.

multicultural (adj) – relating to or including people from different cultures:

This company has a multicultural workforce

To Regulate (v) – to control something, especially by making it work in a particular way:

You can regulate the temperature in the house by adjusting the thermostat.

Discrimination (n) – treating a person or particular group of people differently, especially in a worse way from the way in which you treat other people, because of their skin colour, sex, sexuality, etc

The law has done little to prevent racial discrimination and inequality

Identity (n) – who a person is, or the qualities of a person or group that make them different from others:

I think my job gives me a sense of identity

In episode 5 we discussed the idea of citizenship. We looked at the definitions of citizenship, and how you become a citizen. One of the ways to become a citizen is called naturalisation – essentially changing your citizenship to another country’s. This process can be relatively easy in some countries, but much more difficult in other places. However, the world we live in is becoming more and more international, and people are moving between countries more regularly than ever before! Millions and millions of people work, live, and study in places different from their citizenship. And for most of these people, naturalisation is not possible or desirable. Although this situation offers many opportunities that never existed in the past, it also poses some major challenges for countries. How do you include immigrants into your society? How do you deal with new cultures? Or children who speak different languages? What rights should immigrants have? Should they be considered the same as citizens, or as different?

Building upon these questions, today I want to introduce some of the different ways that countries try to solve the problem of immigration. The approaches countries adopt to deal with such issues vary incredibly. So this episode will focus on 3 broad categories; exclusionary systems, assimilationary systems, and multicultural systems. Some of the vocabulary I use might be a little difficult, I will try my best to give you understandable explanations!

So first let’s talk about exclusionary systems. What does this mean? The definition of exclusion is to prevent someone or something from joining a group or system. Therefore, if a country chooses an exclusionary solution to solving immigration, it means stopping immigrants from joining parts, or all, of the society. Moreover, it would also stop immigrants from getting the rights, privileges, and opportunities enjoyed by the majority of citizens! For instance, not being able to access healthcare, participate in politics, or qualify for free education. Rather than accepting newcomers, countries that use such a system focus on regulating or controlling foreigners. Foreign workers often face discrimination, rights abuses, and unfair treatment becuase they are not considered the same as citizens. Also, one of the most important features of countries that exclude immigrants is that there is often no possibility for immigrants to change their status. They are prevented from becoming permanent residents or citizens.

On the other hand, some countries decide to use an assimilationary system. What does this mean? The definition of assimilation is “the process of becoming similar to something.” So this is the complete opposite of exclusion. Instead, this system aims to include immigrants and different communities into society. However, importantly, they don’t just include immigrants. They want to make immigrants the same as or similar to native born citizens. They are allowed to join society, so long as they act like the rest of society. There are a number of methods this is achieved. Often, it is done by teaching language and values to immigrants. While this is obviously not a bad thing in itself, immigrants are often encouraged to stop using, or use less, their original language, values, and cultures. Therefore, under this kind of system immigrants have to make a decision. They can join the society of the country they live in, and get some benefits, but at the same time they have to give up their original culture. As we saw in the episode on citizens, you have to be Muslim to be a citizen of Qatar – a christian, Hindu, or Atheist would have to change their beliefs to naturalise!

Does this have to be the case? Is there an alternative to excluding immigrants from society, or assimilating immigrants into society? Well, actually, there is a middle ground. We call it multiculturalism. Multiculturalism is basically in the middle. Multiculturalism allows immigrants and their families, from many different diverse backgrounds, to join society without losing their own identity. They would be both allowed to join the national community, and to keep their culture, languages, and practices. This works best in countries that are already diverse! Many people have said that multiculturalism is a solution to the problems caused by today’s international world. Instead of forcing people to change, we could let people keep their culture. Instead of making people forget their culture, we could learn from their cultures. And maybe it could make our culture better. Examples of multiculturalism include, providing language lessons, giving information in many different languages, and even offering some political representation!

What is the best system? That probably depends on where you are. But i think in the future multiculturalism will become normal. How about your countries? What system does your country use? Many of the listeners of this podcast come from East Asia, especially Japan, South Korea, and Taiwan. In all of these countries, there is a mix of different systems. Often workers are excluded from society. On the other hand, people moving there to get married are encouraged to assimilate. What do you think will happen in the future? Tokyo, Seoul, and Taipei, like cities around the world, are becoming more and more diverse. These countries cannot ignore this diversity for much longer. And potentially multiculturalism might offer a solution.