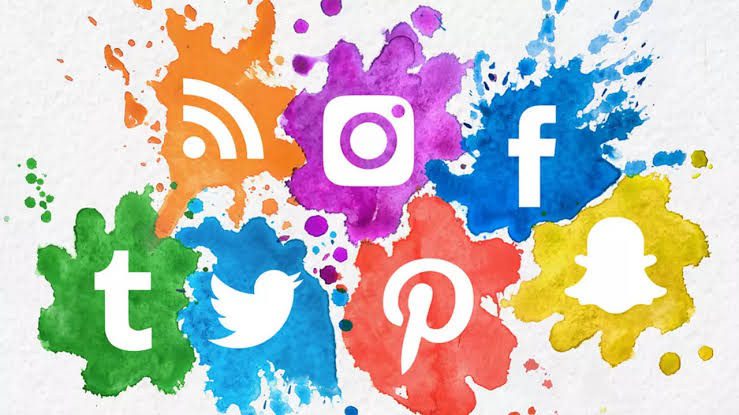 Facebook has changed its name to Meta. Why have they done this? And why do some major companies choose to rebrand after years of already being successful? Let’s talk about that on today’s episode of Thinking in English!

112. English Accents Explained!: Why do Language Learners Have Accents and Should We Care? (English Lesson)

The airline will launch its new transatlantic service next month

Corporate (adj) – relating to a business, especially a large business

Once he started at the company, he moved rapidly up the corporate ladder

To rebrand (v) – to change the way that an organization, company, or product is seen by the public

To confine (v) – to limit an activity, person, or prblem in some way

Please confine your use of the phone to business calls only

Immersive (adj) – seeming to surround the audience, player, etc, so that they feel completely involved in something

They staged an immersive theatrical experience

To merge (v) – to combine or joining together, or to cause things to do this

They decided to merge the two companies into one

To distance (v) – if you distance yourself from something, you try to become less involved or connected with it

The president distanced himself from the extremists in the political party

Facebook is no more! Actually, that’s not completely true. Until earlier this month, the name Facebook meant two different things. It meant the social media site launched by Mark Zuckerberg in 2004, which grew into one of the largest and most popular websites on the entire internet. That Facebook still exists. The other Facebook was a major corporate entity, the parent company of Facebook the social media site as well as other famous brands and technology! That Facebook is no longer Facebook: it has been renamed Meta! Facebook, or I should say Meta I guess, is not the only major technology company to rebrand while they were already hugely successful: but why? Why do companies do this?

In late October, Facebook founder and CEO Mark Zuckerberg announced that the parent company for all of his social media sites, apps, and products will now be called Meta. This name change only affects the parent company, everything it owns will keep the current branding. Meta will now not only own the social media site Facebook, but also photo and video sharing app Instagram, mobile messaging service WhatsApp, virtual reality technology company Oculus VR, mobile web analytics company Onavo, and messaging service Beluga amongst other technologies.

What does Meta mean? What does it stand for? If you take a look in the dictionary, you will find a few different definitions of meta. The Oxford English Dictionary, for example, states that as a prefix ‘meta’ either refers to ideas of change and transformation, or suggests “beyond, above, at a higher level.” Meta, the company, says that the name mainly suggests a definition of “beyond” but also wants to change in some ways. Perhaps the need for change is one of the reasons the company rebranded. In recent years, Facebook has been plagued by negative news stories, leaks, and criticism of their power.

However, officially at least, the rebranding has a different purpose. According to Meta, their new rebranding and focus “will be to bring the metaverse to life and help people connect, find communities and grow businesses.” Metaverse. I have a feeling we will be hearing this word a lot in the coming years. Facebook is not the only company hoping to build the metaverse… but what is it? What is the metaverse? Some people think that the next step or evolution in the way people use the internet will be the metaverse. The metaverse will be a future in which you can live a virtual life online, much like the life you live in the real world. Mark Zuckerberg said that in the metaverse, “you will be able to teleport instantly as a hologram to be at the office without a commute, at a concert with friends, or in your parents’ living room to catch up.”

While this will remind many of you of the way we lived during the strictest Covid-19 lockdowns this year and last, or perhaps of already existing virtual worlds, Meta says their metaverse will be different. They say it will not be a virtual world but instead a three-dimensional space to be used and accessed. The world in our phones, computers, and TVs will no longer be confined to the screen, but will jump out of the technology and offer more immersive experiences.

If this metaverse is to exist in the future, Facebook doesn’t just want to be part of it. They want to control it, own it, and lead it. They already own virtual reality application Oculus, which last year released experimental metaverse projects which let friends meet and work meetings to be held virtually. Meta will now spend billions of dollars, hire thousands of workers, and take a decade or two to keep developing the technology. Will it work? Meta certainly thinks so. But other people are less confident. Do we really need such technology? What is it an improvement of? We don’t give up our existing technology easily!

Now, let’s turn to the idea of companies changing names while they are already successful. Facebook is not the only organization to do such a thing. The obvious case is when two different companies merge and create a new name. Sometimes if a company wants to demonstrate a new style, ambition, or international outlook, a rebrand is a great solution. Some of you might have heard of the telecom company Orange, which used to be known as France Télécom before they expanded to other countries. Orange was seen as a more universal name! Perhaps the example closest to the Facebook/Meta situation is Google. Google rebranded itself as Alphabet years ago, leaving the Google name for its search engine and Alphabet as a developer of everything from autonomous driving and robotics to YouTube and advertising technology.

Sometimes a company will rebrand in an attempt to improve their reputations or distance themselves from a negative product or history. A good example is the tobacco firm Philip Morris which rebranded as Altria – a reputation of causing millions of cases of cancer around the world is definitely something to be distanced from. Facebook is not completely ditching its name though. Instead, by changing the parent company name, they are clearly separating the corporate company from the products they own. Products are for consumers. The corporate company spends much more time working with investors, politicians, and employees. It allows the company, in this case Meta, to say one thing, while the product, in this case Facebook and Instagram, to do something else. Meta could work on solving issues like addiction and privacy protection, while Facebook and Instagram continue to take peoples private data and cause social media addiction!

Rebranding does not necessarily lead to success. In fact, it can actually be ridiculed! PwC Consulting once took the name Monday, before changing. While my country’s Royal Mail became Consignia in 2001, before embarrassing unrebranding back to Royal Mail a few years later. Rebranding does not fix problems with the product itself. For Meta, the new name might be a hope for change – but the company has all the same problems that Facebook had. It remains to be seen what the future holds!

Do you think Meta is a good name for Facebook? Why do you think Facebook has rebranded? Do you think a metaverse is the next step in the evolution of the internet?