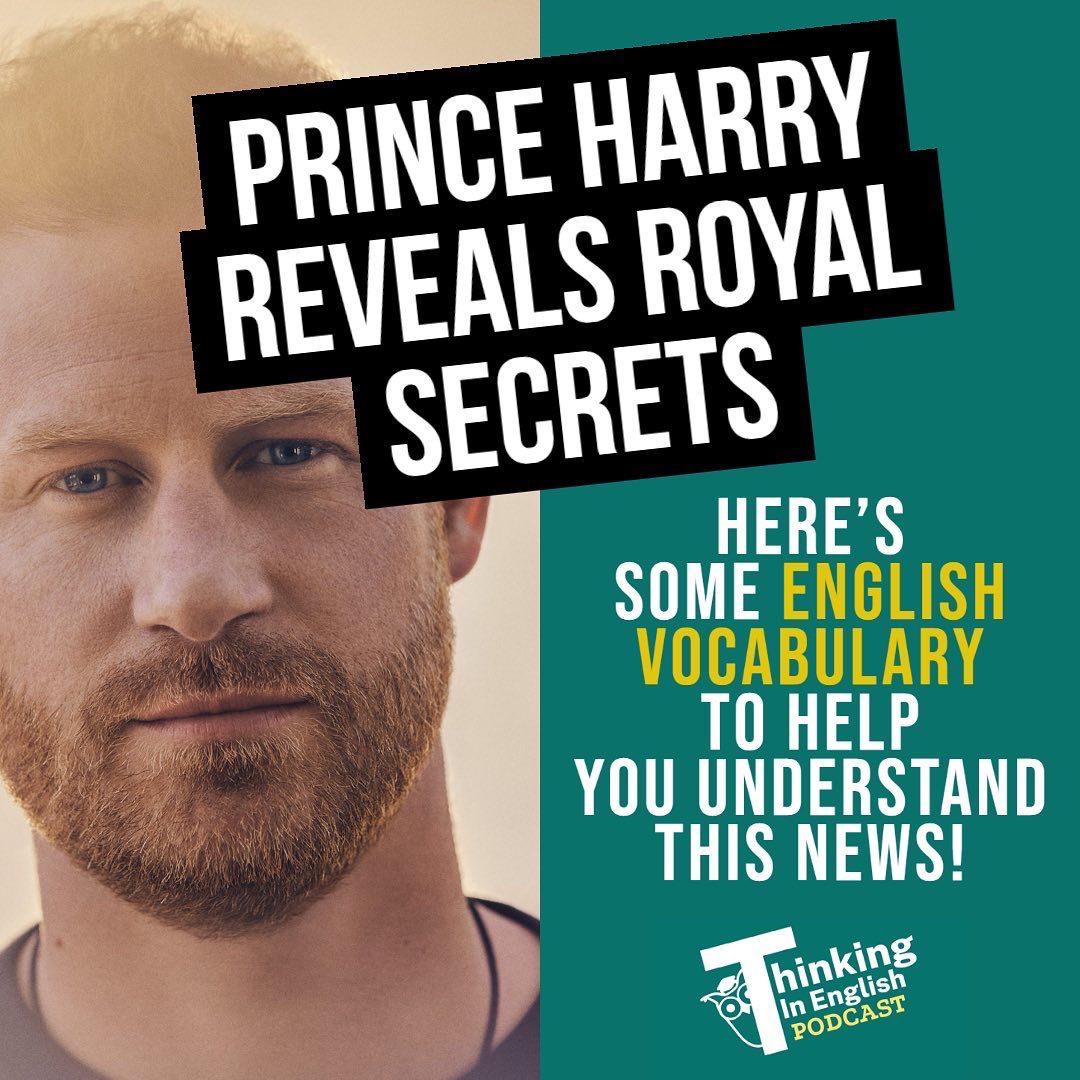 Heir and the Spare!

Prince Harry, the Duke of Sussex, is becoming increasingly more distant to his relatives in the British Monarchy. In newly broadcast interviews in January 2023, Harry says, “I want a family, not an institution”.

Harry and his wife Meghan Markle released a documentary on Netflix, ‘Harry and Meghan’, this 6 part series aims to show their side of the story as they argue the media narrative is distorted by Newspaper attacks.

Prince Harry is soon publishing his auto-biographical memoir. Some details that have already emerged from the book show that Harry’s powerful family members have failed to protect him and Meghan.

Vocabulary From The News!

Prince William is the heir to the British throne i.e. he is next person to become king

Spare – Not needed, available to be used because it is extra

Prince Harry will publish his personal memoir next week

To leak – to deliberately give secret information to a newspaper, television company etc

To plant – To cause an idea or story to exist, often deceptively

Will you read Prince Harry’s book?

Try using this vocabulary to make some sentences in the comments!

I am Nathan, a teacher/ tutor/ translator (delete as needed). I am a fluent German speaker and can speak some Dutch, Spanish, Portuguese, Russian and Ukrainian. I am at heart a language nerd! My current mission is to create more graphics and video content to the podcast, so watch out for YouTube links... Book in a class with me at thinkinginenglish.link 📝

Vocabulary from the News

Lula Wins the Brazilian Election! (Vocabulary from the News)