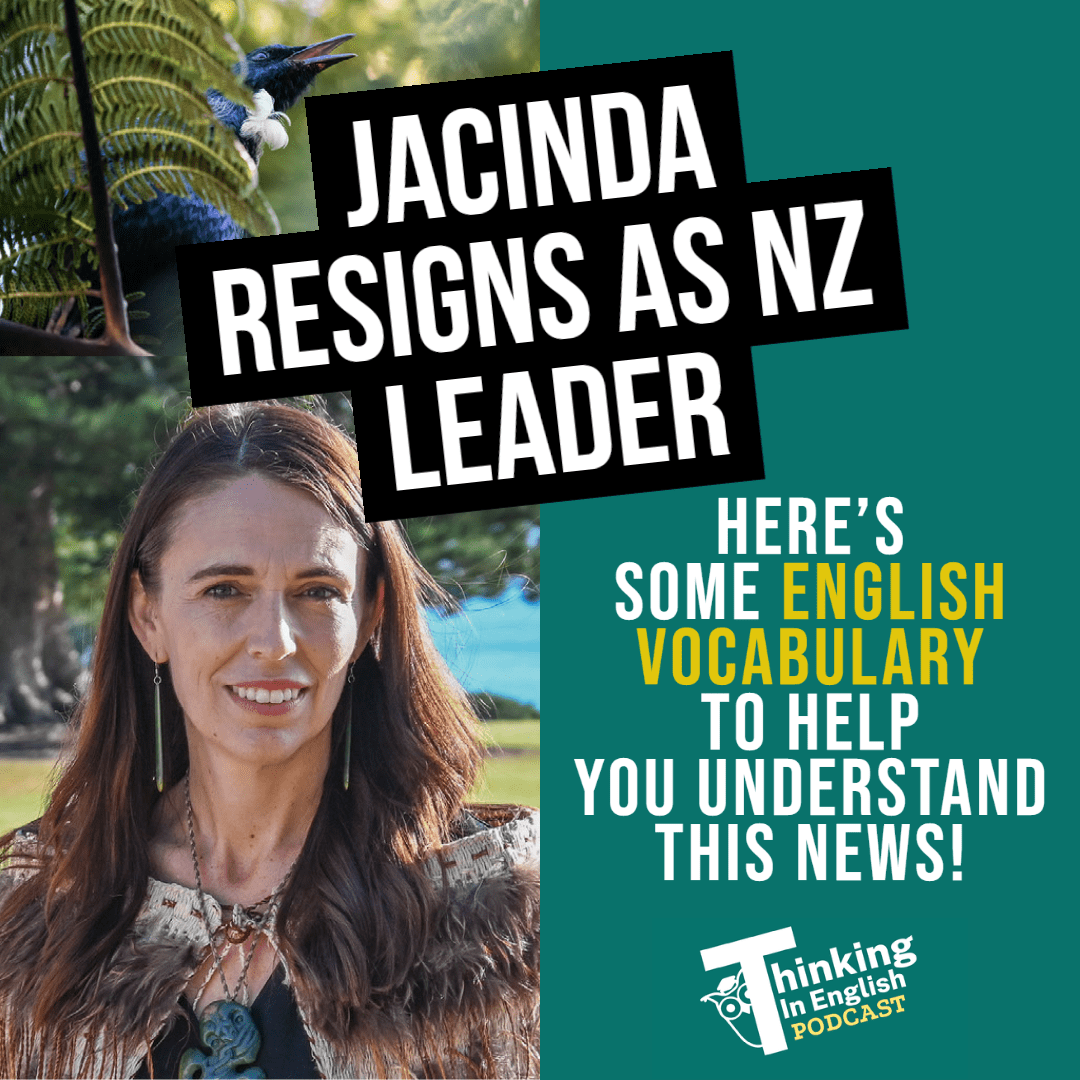 Jacinda Ardern will not compete in the 2023 New Zealand General Election as she has decided to resign from the post of Prime Minister. In a press conference in January 2023, Jacinda said she “no longer had enough in the tank”. Jacinda served 5 years in New Zealand’s top job. She said, now “it’s time” to leave.

Here is some useful vocabulary to help you understand Jacinda’s resignation as New Zealand’s leader!

Vocabulary From The News!

Resignation – the act of leaving a job or position and making a statement that you are doing this.

In the election year of 2023, Jacinda Ardern has officially announced her resignation as Prime Minister of New Zealand after 5 years in office and will not seek a second term.

-mania – suffix: a very strong interest in the something, especially among a large group of people.

Hype and admiration surrounding the 2017 election of the Labour party leader was termed “Jacinda-mania”.

In exceptional circumstances in 2018, Jacinda was the first world leader to bring her baby into a session of the UN general assembly.

To grieve -to feel or express great sadness, especially when mourning loss of life

In the aftermath of the Christchurch terror attack in 2019, Jacinda grieved with Muslim families and introduced strict gun control measures.

After the outbreak of the Sars-Covid-19 pandemic in 2020, Jacinda was widely praised for her robust approach in protecting New Zealanders.

Wētā – a giant flightless cricket that is only found in New Zealand.

Hemiandrus jacinda, a species of Weta, was named after Jacinda in 2021.

Abhorrent – Considered completely unacceptable because it is morally wrong.

Chris Hipkins has spoken out against the “abhorrent abuse” targeted at the leaving PM.

Was it the right time for Jacinda to resign as leader?

Try using this vocabulary to make some sentences in the comments!

I am Nathan, a teacher/ tutor/ translator (delete as needed). I am a fluent German speaker and can speak some Dutch, Spanish, Portuguese, Russian and Ukrainian. I am at heart a language nerd! My current mission is to create more graphics and video content to the podcast, so watch out for YouTube links... Book in a class with me at thinkinginenglish.link 📝

Vocabulary from the News

Lula Wins the Brazilian Election! (Vocabulary from the News)