17. Bonfire Night: A Unique British Festival With An Explosive History! 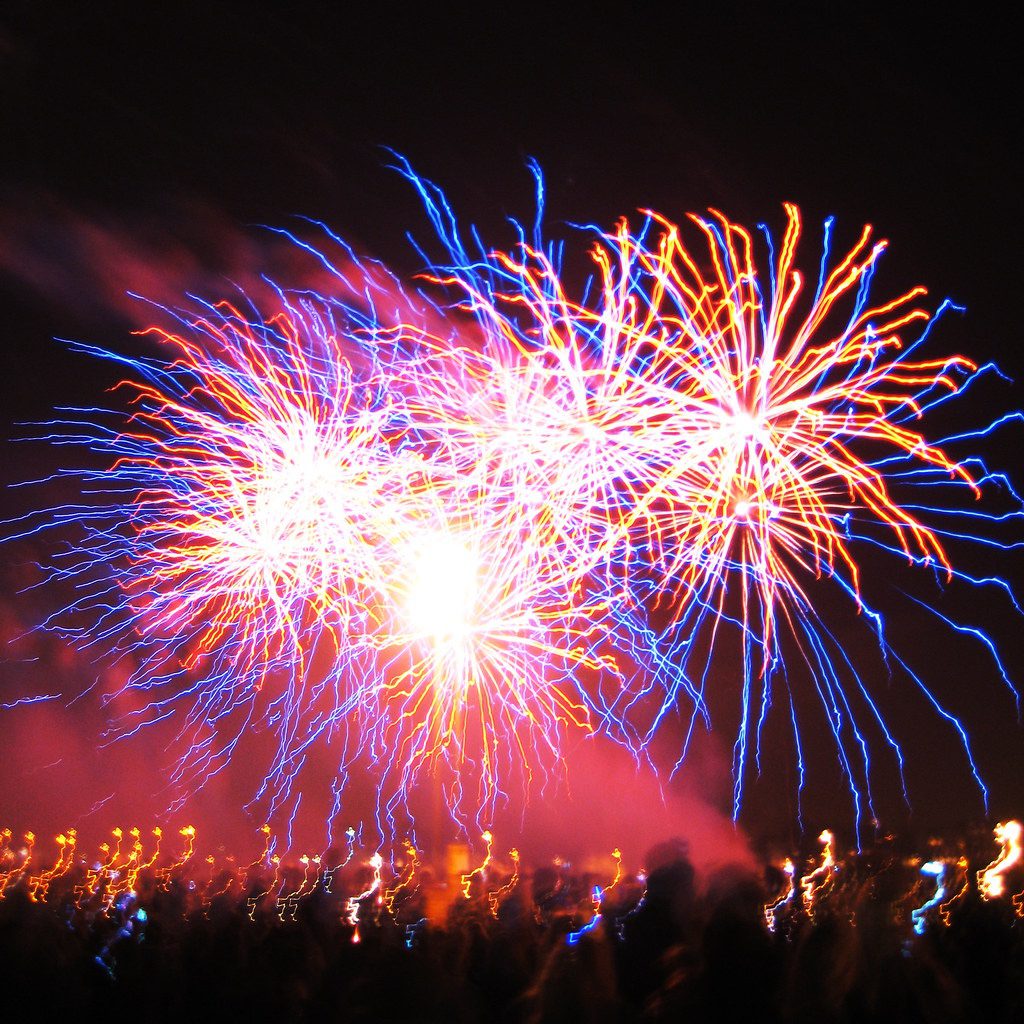 On today’s episode, I want to introduce to one a traditional british festival and celebration that you probably haven’t heard of before! Bonfire Night, held on November 5th every year, is a day when we set off fireworks, light fires, and so on! However, it is the history connected to religious disagreements and failed terrorist plots that is the most interesting!

ubiquitous (adj) – seeming to be everywhere

Many languages are under threat from the ubiquitous spread of English

To repress (v) – to control what people do, and prevent feelings, desires, or ideas from being expressed

The government repressed all reports from the region

The politicians find themselves unusually unified on this policy

To persecute (v) – to treat someone unfairly or cruelly over a long period of time because of their race, religion, or political beliefs

Religious minorities were persecuted during his regime

The establishment (n) – the important and powerful people who control a country or an organization, especially those who support the exciting situation

Critics said judges were on the side of the establishment

uprising (n) – an act of opposition, sometimes using violence, by many people in one area of a country against those who are in power

There was a popular uprising in the capital

Conspirator (n) – a person who plans secretly with other people to do something bad, illegal, or against someone’s wishes

He was a conspirator in the revolution

They are making elaborate preparations for the wedding

On the 5th November every year, people across the UK celebrate Bonfire Night or Guy Fawkes Night by setting off fireworks, lighting bonfires, and burning characters among other celebrations. The nursery rhyme that just recited is learnt by children all across the UK. Growing up I always looked forward to seeing the fireworks displays in my local town. November in the UK, as i’m sure some of you already know, can be quite cold and rainy. However, to me, this makes the large bonfires and the colourful patterns created in the sky even more impressive. I also assumed that bonfire night, like Halloweenn or Valentine’s Day, was a ubiquitous holiday celebrated across the world. But as i grew older, lived in other countries, and made friends from around the world, i realised that this was a UK specific celebration. So on today’s episode, I want to introduce the history surrounding Bonfire Night and the reason we celebrate, because I think it is one of the more unique festivals celebrated in the English speaking world!

The UK is by no means the only country to hold fireworks and bonfire festivals, but the history surrounding our modern day celebration is incredibly interesting. Essentially, the reason we do it is because November 5 th is the anniversary of the Gunpowder plot; a failed attempt to blow up London’s Houses of Parliament 415 years ago. 17th century Britain was a very different place to the country you know today, and the nation was divided by religious disagreements. Queen Elizabeth I, not to be confused with the current Queen of England Queen Elizabeth II, had repressed the Catholic religion while she was in power. As you probably know, christiantiy is not simply one unified religion; there are many different groups, branches, and churches ranging from the Catholic Church and Orthodox churches, through to Protestant groups like Baptists, Presbyterians, and Methodists. Each has their own opinions and views on how to be a chrisitan and worship god. From the time of the Tudor king Henry VIII, England had regularly changed between Catholic religion and the Church of England. In 1603, Protestant James I became King of England, succeeding Elizabeth I. Many Catholics hoped that James, whose mother was Catholic, would be kinder, but he continued to persecute them.

This is the context behind the gunpowder plot! During this time of repression and persecution of Catholics, a Catholic man named Robert Catesby began creating a plan to overthrow the new King. He wanted to kill the king and his establishment, spark an uprising and restore a Catholic monarch to the English throne. To do this, they planned to place multiple barrels of gunpowder under the House of Lords and blow up the king and his government on the opening day of parliament. In doing so, they would not only kill the King, but the entire government, important religious leaders, and other members of the ruling class! However, in order to achieve their goals they needed someone who was an expert in explosives.

This is where Guy, or Guido, Fawkes come into the picture. He had spent years fighting in Europe for Catholic countries in wars against Protestant nations. During the night, Catesby and Fawkes, along with 11 other conspirators, smuggled 36 barrels of gunpowder, a highly explosive substance, into an area deep under the House of Lords. On November 4th, it was Guy Fawkes’ turn to guard the gunpowder. However, a letter had been sent to a Catholic official who had planned to attend the opening of parliament, warning him that someone was planning to attack parliament. The King, who heard about the letter and rumours of a plot, ordered parliament to be searched. Just after midnight on the 5th of November Fawkes and the gunpowder were discovered. After a trial in 1606, Guy Fawkes and the rest of the conspirators were found guilty of treason and sentenced to death!

This explains why we celebrate on November 5th, but doesn’t explain how we celebrate? Why does Britain light fires, set off fireworks, and burn characters on Bonfire Night? Well,  As news spread of the plot 400 years ago, Londoners began lighting bonfires in celebration of the fact James I was still alive. In the years that followed, models of the Pope were burnt on November 5 continuing the anti-Catholic feelings of the time. Celebrations became more elaborate with fireworks and mini explosives being let off. Guy Fawkes eventually replaced the Pope atop the burning bonfires and the day changed from Gunpowder Treason Day to Guy Fawkes Day. Nowadays Bonfire Night, as many prefer to call it, has all but lost its original focus!

As for Guy Fawkes, whilst he is incorrectly remembered as the leader of the plot, his reputation has somewhat shifted from traitor to revolutionary hero. This is largely thanks to the influence of the 1980s graphic novel V for Vendetta and the 2006 film of the same name, in which an anarchist freedom wearing a Guy Fawkes mask battles a neo-fascist regime in the UK. The mask has now become a popular symbol to use in protest against tyranny, and is associated with the hacking group anonymous.

With the current ongoing pandemic, many people have begun to think about the future of festivals and holidays around the world. Bonfire NIght celebrations around the UK have been cancelled as it is unsafe to have large gatherings of people standing together for long periods of time. Other festivals around the world have similarly been cancelled, delayed, and postponed. However, the Bonfire night in the UK has been declining over the years. As i already mentioned, the original focus of the day has lost its original meaning! Anti-Catholic celbrations are no longer acceptible. In fact, Bonfire Night stopped being a national holiday over 150 years ago! With the recent increase in popularity of Halloween, combined with stricter health and safety regulations around fires and fireworks, the future of Bonfire Night is somewhat under threat. How about in your country and culture? What are some celebrations unique in your country? How much do you know about the history of your celebrations? Do you think the ongoing pandemic will affect the way people celebrate in the future?

Q. How is bonfire night celebrated in the UK?

Q.Where did the gunpowder plot conspirators plan to blow up?