94. What is happening in Afghanistan – Part 2: The Fall of Afghanistan (English Vocabulary Lesson) 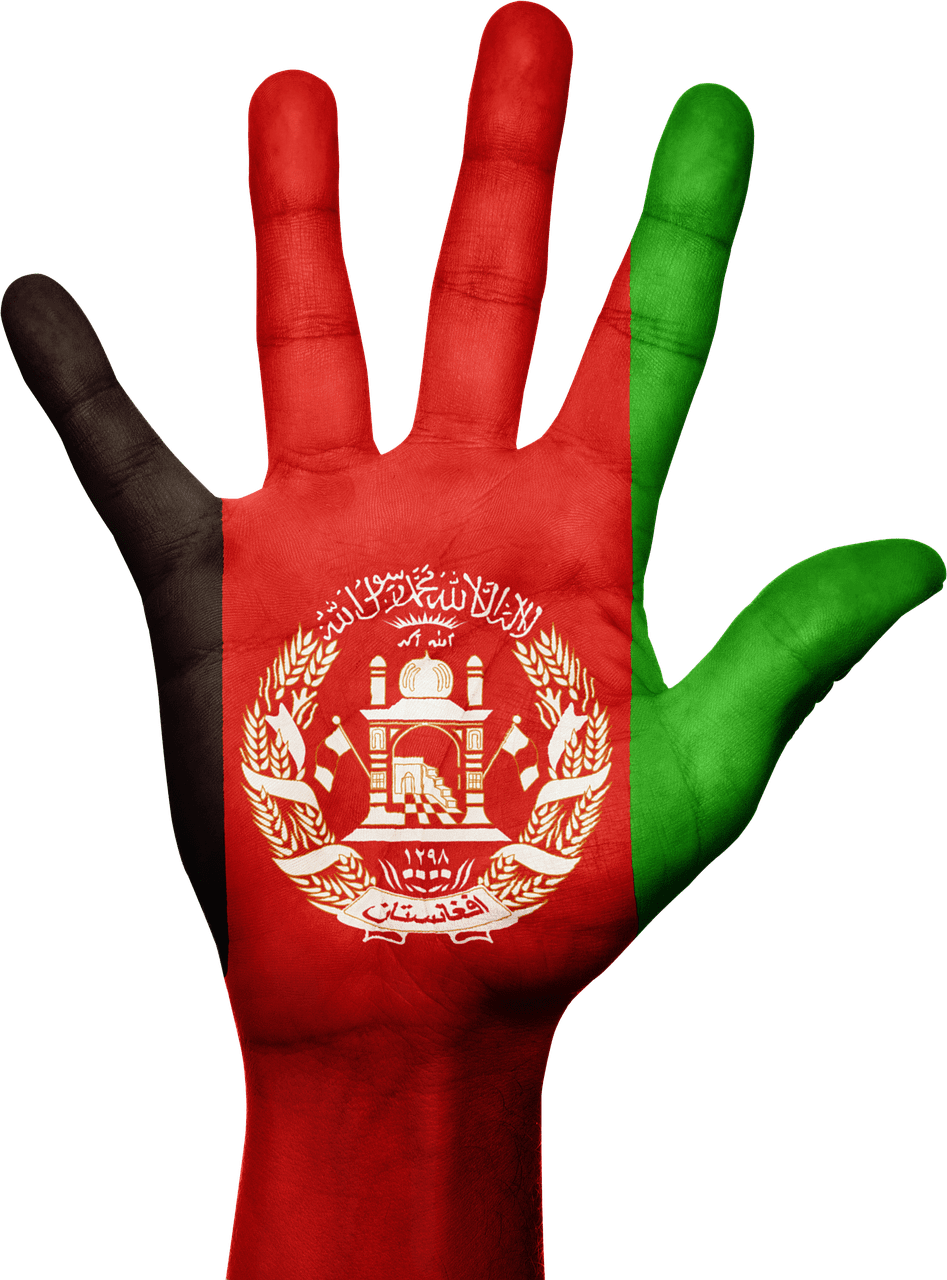 On Sunday 15th August, the Taliban entered the capital city of Afghanistan and effectively took control of the country. Let’s look at what has happened in the last few days, how the US withdrawal has been criticised, and what the future of the country looks like!

To fall (v) – if a place falls in a war, an enemy army gets control of it

Rome fell to the Vandals in the year 455

We must find a way to end the bloodshed

Sensitive (adj) – needing to be treated with care or secrecy

A government minister left hundreds of sensitive documents on the train

The government’s decision has been an abject failure

A thousand people were evacuated from their homes following the floods

To impose (v) – to officially force a rule, law, punishment

Very high taxes have been imposed on cigarettes

The UN is sending humanitarian aid to the worst affected areas

Last week I made an episode on the situation in Afghanistan. I talked about how the Taliban, an Islamist group that has spent 20 years fighting the US and allies, was quickly taking over minor cities in the country. And I ended that episode with some questions, or guesses, about what was going to happen over the next few weeks and months. Feel free to go back and check out that episode. However, a lot has changed in only a few days.

Afghanistan has now completely fallen to the Taliban. Since Joe Biden announced the withdrawal of US troops three months ago, the Taliban took over provinces and towns across the country. When I wrote last week’s episode, half of the country was no longer controlled by the Afghanistan government. Taliban fighters used propaganda, misinformation, and intimidation to ensure control of their expanding territory. Major cities like Kunduz, Kandahar, and Herat fell into Taliban hands through a process of negotiation: the city officials and local governments would surrender control in return for safety and the ability to leave freely. As they took over more important cities and trade routes, it became increasingly likely that they would take over the capital city, Kabul.

Afghan President Ashraf Ghani fled the country on Sunday. According to him, it was to avoid bloodshed and violence once the Taliban arrived in the capital city and entered the presidential palace. An exodus of foreign diplomats and residents began once it was certain the country had fallen to the militants. Germany and the UK sent military troops to evacuate European and British representatives. The US took control of Kabul airport, running helicopter trips from the US embassy to the airport and flights out of the country. The scenes at the airport were absolute chaos. Desperate Afghans tried to climb on to military planes and get seats on the final flights out of the country.  Embassies across the country rushed to destroy sensitive documents and anything that could be used by the new leaders of the country. The United Arab Emirates opened the country’s airports to allow those fleeing Afghanistan to travel through the Middle East.

For the USA and allies, recent events can only be described as abject and total failure. It is embarrassing and shameful. After 20 years of fighting, hundreds of thousands of people killed, injured, and displaced, nothing has really changed. It has been compared to the fall of Saigon at the end of the Vietnam war. But, it took two years for the South Vietnamese government to collapse after the US left the country. The US has not even completely left Afghanistan yet and the Afghan government has collapsed. As the US evacuated their representatives and personnel, questions still remain around the Afghan citizens who helped the US military. Thousands of people worked as translators, interpreters, assistants and on military bases. Many of these people are entitled to residency in the US, but the application process has been slow and difficult. So far only 2000 Afghan families have been evacuated to the US out of over 100,000 eligible families. Now the people who have not managed to leave are stuck: if they are found with documents showing they worked for the US they may be punished by the Taliban, but if they destroy those documents they will never be able to resettle in America.

What will the new Afghanistan look like? The image of Taliban fighters, wearing military equipment, long beards, capes, and carrying guns, sitting in the Presidential office is a clear sign things are going to change. As soon as the Taliban took over on Sunday, they announced their plan to change the country’s name to the Islamic Emirate of Afghanistan. Initially, there was some hope that a new temporary government would be formed to gradually hand power over to the Taliban. But once the fighters entered the capital city, it is clear that the Taliban are now completely in charge.

The last time the Taliban were in control of Afghanistan, they imposed a strict form of Islamic law banning things like music, stopping girls’ education, and using incredibly brutal punishments. Although they have claimed that they are different, there are already reports the fighters have stopped women from working and forced unmarried women to marry fighters. Taliban leaders who led the negotiations with the USA in the Middle East, and those currently hiding in Pakistan, have begun to return to Afghanistan and are expected to take up leadership positions.

The Taliban is not currently recognised internationally as the government of Afghanistan. The West is in a difficult situation: they don’t want to help a cruel dictatorship, but they also think that giving the country help might make the Taliban less cruel. However, neighbouring Pakistan welcomed the Taliban success. Representatives from Russia and China have also been meeting with Taliban officials. These two countries want good relationships with their close neighbour, but are also worried about the potential for increased terrorism in regions close to Afghanistan.

One of the major concerns is for the rights of women under Taliban controlled Afghanistan. Nobel Peace Prize winner Malala Yousafzai – who was shot by the Taliban in Pakistan on her way to school – expressed concern for the safety of women and girls over the next few months. The Taliban has released numerous statements declaring that women will be guaranteed rights in line with Islamic law and Afghan values – but no one is really sure what they mean by this. According to Activist Pashtana Durrani, “Girls in Herat, they were not able to go to their universities; girls in Kandahar, they were asked to go to their home and their male relatives were asked to fill in… their positions in the bank.” Even if the Taliban leadership are serious about changing, that doesn’t mean their followers, supporters, and soldiers agree. And when they talk about women’s rights it is not clear which rights they are talking about.

So much is changing in Afghanistan, and at such a fast pace, that it is likely the information in this podcast will be out of date by the end of August. Although experts can guess what the Taliban will do, and what the future of Afghanistan holds, no one really knows. The country is in chaos. I had originally planned to write an update on Afghanistan when the Taliban took over, but I didn’t expect that it would be only a few days after the last podcast.

So, what is next for Afghanistan? There will be an international crisis. My friends who work for humanitarian charities and diplomatic agencies are already talking about how to deal with the thousands of refugees fleeing into Afghanistan’s neighbours. The US has also been embarrassed, and its reputation damaged. Russia and China have already talked about how this demonstrates the Western way of spreading democracy is failing. Even members of the UK government, who try to never criticise the US, have criticised President Biden. Will the US allies, like Japan, Israel, South Korea and Taiwan, begin to question how much they can trust the US?

Although China and Russia may be happy at the US failure, they must also be concerned for their own countries. China borders Afghanistan. China is also persecuting Muslims in its Western province of Xinjiang. There is a real possibility that the Taliban could allow activists and militants from China to use Afghanistan as a base for planning attacks. Russia is the major security power in Central Asia, and they will be concerned about how instability in Afghanistan could move to other places in the region.

What do you think will happen to Afghanistan in the future? Are you worried about the future of the country?